Waterford winners at the Tallow Point-to-Points 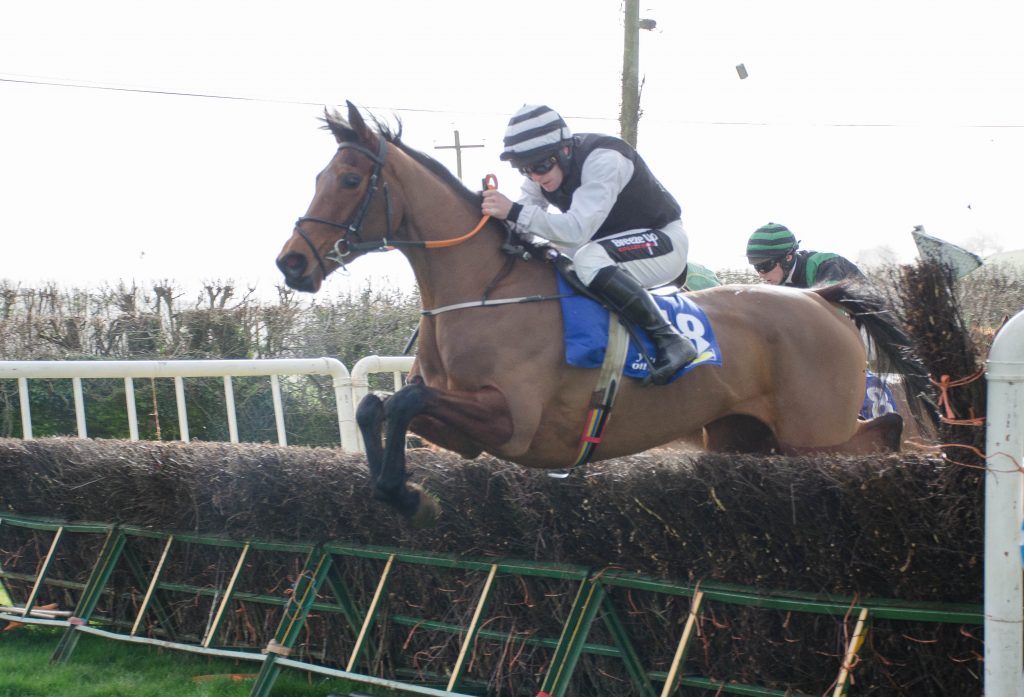 Bebraveforglory leads the field over one of the fences during the Dr DF Cantillon Memorial Maiden Race at the Tallow Point-to-Point on Sunday. Photos: Howard Crowdy/Evening Echo.

Local Winners
Tallow Point – The West Waterford Point To Point was one of the few sporting events to beat the weather last Sunday. On a six race card there were two Waterford victories. Cappoquin owner/trainer Jimmy Collender combined with Ballyduff jockey Tom Feeney to land the second race with Kilbree Warrior while Kill trainer Vinny Halley was on the score sheet with Arctic Skipper.

Recent Deaths
Former jump jockey James Banks who rode 85 winners in Britain was found dead in his home near Cheltenham last week. He was 36. Robert Alner who sent out Cool Dawn to win the 1998 Gold Cup died aged 76. Involved in a car crash in 2007 he was confined to a wheelchair since. Former trainer Paul Blockley died in France aged 61. Irish born jump jockey Paddy Broderick died aged 80. He will always be associated with the great Night Nurse.

Weight Increase
For his impressive handicap success at the Dublin Racing festival the Robert Widger trained Treacysenniscorthy has gone up 10 pounds. The gelding misses Cheltenham in favour of some home prizes over fences.

Promising Mare Sidelined
Promising hurdle mare Maries Rocket has suffered a stress fracture and trainer Nicky Henderson has ruled her out of action for the remainder of the season. Willie Mullins reports that Saldier, Klassical Dream and Douvan miss Cheltenham as they all met with a setback. 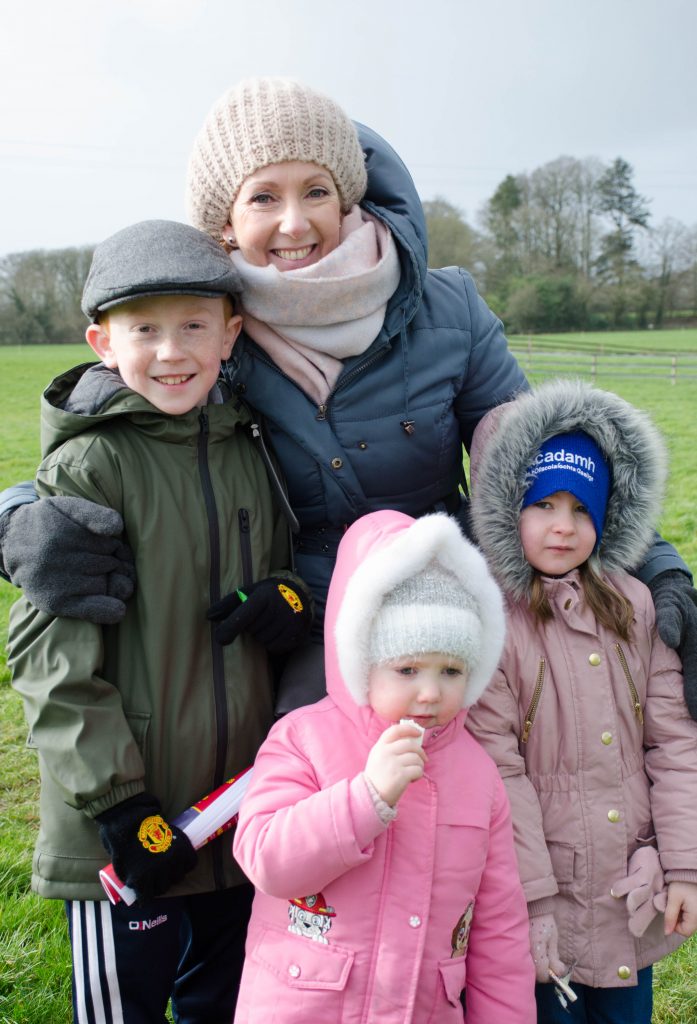 All wrapped up to keep out the cold at the Tallow Point to Point were Sinead, Ruadhan, Noinin and Mallaidh Ailin from Old Parish.

Bad Breaks
After partnering Delta Work to victory in the Irish Gold Cup over thirty minutes later Jack Kennedy found himself in an ambulance with a broken his leg having been unseated from Dallas Des Pictons. He now misses the Cheltenham festival. Sean Flanagan fractured his jaw in a Naas tumble and is out for a month.

Did You Know
Top English trainer Nicky Henderson has yet to win the Aintree Grand National but believes he has a live chance this year with OK Corral.
Boylesports bookmakers are to sponsor the Irish Grand National for a further 4 years.
The Liam Burke trained Sumos Novios (12) is suffering from pulled muscles and may miss the remainder of the current campaign.
In the UK horse racing (attendance 5.6 million) is the second most attended sport behind soccer.
Irish born UK based jump jockey Paddy Brennan has called for the compulsory wearing of gum shields for jockeys in the UK. He believes it can reduce concussion levels.
Trainer Sandy Thomson is bringing Seeyouatmidnight (12) out of retirement for a hunter chase campaign.
Amateur rider Millie Wonnacott intends turning conditional before the summer.
William Hill Bookmakers no longer sponsor the Doncaster Leger.
Owner Kenny Alexander and trainer Henry De Bromhead are leaning towards running Irish Champion Hurdle winner Honeysuckle in the two and a half miles mares hurdle that than over the two miles Champion hurdle at Cheltenham. 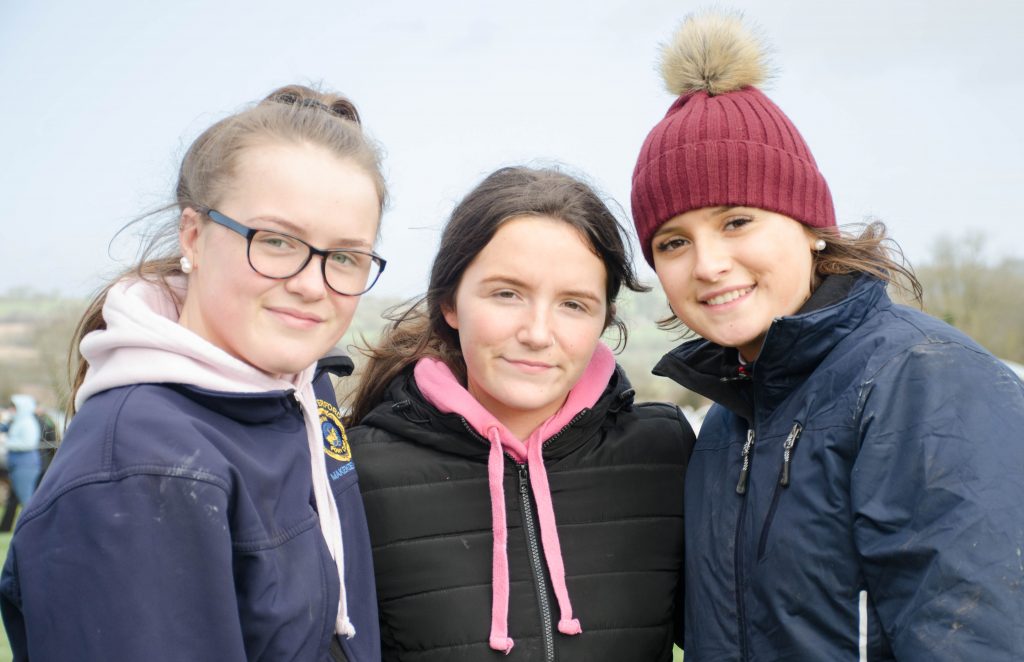 HRI Summer Student Internship Programme
Horse Racing Ireland (HRI) has launched their 2020 summer student internship programme which returns for its seventh year. There are a number of paid placements available, commencing in June 2020 and running for 12 weeks throughout the summer to the end of August. The programme is open to all Third Level students in any college year of any course.
Students will benefit from mentoring by experienced professionals which will allow them to develop their practical skills in a fast-paced environment while gaining valuable experience of the work which goes on behind the scenes in the Irish racing and breeding industry.
HRI Education and Training Manager, Grainne Murphy, said: “The student internship programme plays a key role in the strategic aim of HRI to attract new entrants into the thoroughbred racing and breeding industry. We hope that, for the successful applicants, this is the just first step to a fulfilling and rewarding career within this great industry.”
Further details and the application form are available at www.hri.ie/work-with-hri/internships Closing date for applications is March 20, 2020. 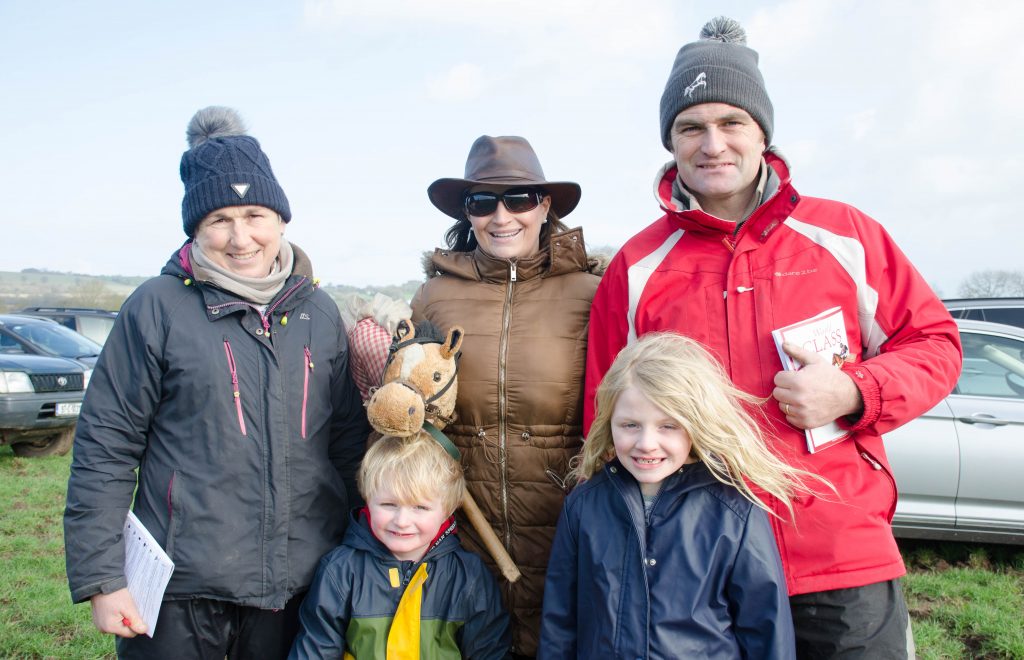