CRIME levels in the Piltown Municipal District, including Ferrybank, have fallen, the inaugural meeting of a new Local Policing Committee (LPC) was told.

The meeting, held in Mullinavat, coincided with the official opening of the Rose Fitzgerald Kennedy Bridge, but as Councillors were reminded in Ferrybank last Wednesday, the policing meeting was arranged before the bridge’s opening ceremony had been scheduled.

“Speeding through villages was the main topic of conversation raised by the public. Gardaí have committed to trying to get more resources in when it comes to the GoSafe van, along with more cars and speed guns and more of a presence coming in and out of villages. We’ve done our bit in terms of driver feedback signs and some engineering works but the Gardaí need to come on board when it comes to enforcement.”

Gardaí have committed to basing a Garda in Mullinavat, while an officer will be based in Kilmacow in due course. Worryingly, Cllr Aylward noted that officer numbers at the Mooncoin Station have fallen from 20 a decade ago to 14 at present.

“It’s a huge area to cover: from the bridge in New Ross to Carrick-on-Suir,” he stated, “and between days off and shift work as it stands at the moment, you might only have one Guard for that whole area at any given time but that is now being looked at.”

Cllr Breathnach said it was welcome to see “Gardaí locally describing their new policing model – that it’s not just simply a ‘higher-up’ model.”

“The key thing is that the community is at the centre of this new model,” he said.

Gardaí issued 40 invitations to the LPC meeting with only seven community-based organisations in attendance. Councillors are to press for meetings to be held on a thrice yearly basis, with the current arrangement only committing to the holding of two annual meetings. 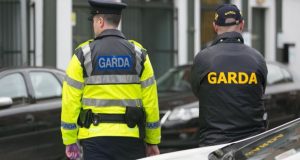 More From The Region

Waterford to Limerick Junction rail service to be restored “in time”