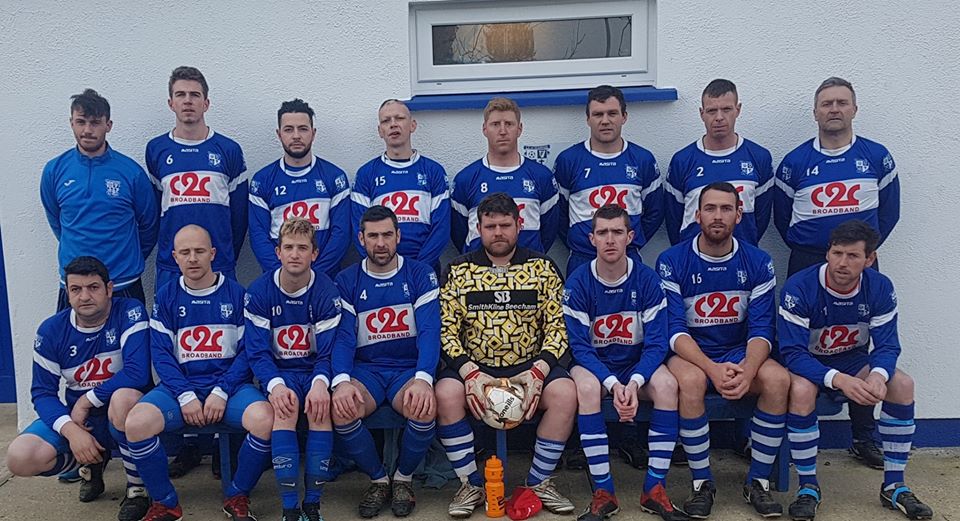 Stradbally AFC have had a brilliant run in this year’s Munster Junior Cup and they will be hoping it continues on Saturday when they host Fairview Rangers of Limerick.

Saturday is a big day for the people of Stradbally as the Western outfit will go into battle in the Munster Junior Cup fifth round when they’ll entertain one of the giants left in the competition, Fairview Rangers, who beat Clonmel Town in the last round.
It has been a competition to savour for the Division 1B League club so far this season after recording outstanding and shock wins over Premier League opposition in Southend United and Tramore Rangers in the previous two rounds.
They’ll face a different challenge this weekend against a Fairview Rangers side that will be strong favourites to advance into the last eight of the cup, but the one thing for sure is that the hosts will play without fear despite their huge underdogs tag.
It was a narrow victory in the first round of the cup when they beat Seaview Celtic at home 2-1 before the start of their dramatic results came in the next stage when they travelled away to take on Dunmore East. They looked in trouble in this game as they trailed 2-1 with minutes left only to score twice in the dying moments to record a cracking 3-2 win.
Not many gave them a chance in the third round when they took on O’Neill’s Premier League side Southend United away from home where Kevin Lawlor proved to be the hero for his side as he scored both goals in a thrilling 2-0 win before hammering Tramore Rangers in the last round.
That result wasn’t the big shock that many would have thought as there’s no doubt that the Premier League side are struggling with confidence at the present time, but the fact that Stradbally overcame that hurdle will see them give it their all against the Limerick outfit.
Fairview Rangers have already recorded massive results against Janesboro, Ballynanty Rovers and Clonmel Town to get to this stage with the realistic feeling that they’ll add the Waterford side to that list before facing either Pike Rovers or Geraldines in the last eight, but Stradbally will have other ideas. It’s a tough ask though.

ALL WATERFORD AFFAIR
The one thing for sure though is that Waterford will be represented in the quarter-finals of the Munster Junior Cup as Kilrush Park will host the meeting of Dungarvan United and Waterford Crystal under the lights also on Saturday.
It has to be said that both these two clubs recorded amazing results in the last round of the competition with the Old Borough outfit embroiled in a nail-biting 40 penalty shootout that saw them eventually overcoming Shannon Town.
DJ Melia was the hero for Tommy Butler’s side after they had missed four previous chances to win the shootout and it now means that they’ll have to beat Waterford Crystal for the first time this season if they are going to book a place in the last eight.
The two clubs went head to head in the O’Neill’s Premier League last month where Crystal came out on top 2-0 and they’ll fancy their chances of continuing their recent good form in this competition that also included a win over Premier League leaders Ferrybank in the third round.
It was a Jake Mooney goal in the dying seconds of their round four meeting with Newmarket Celtic that was the difference in the last round where they put in a very good defensive display and that could be the key to the outcome of this clash.
With a quarter-final clash against either Village United or Doolans Cow awaiting the winners, it’s a big opportunity to reach the latter stages of the competition and perhaps it could be Crystal’s run of form that will be the difference in this encounter. We wish all three clubs the very best in the cup bids.