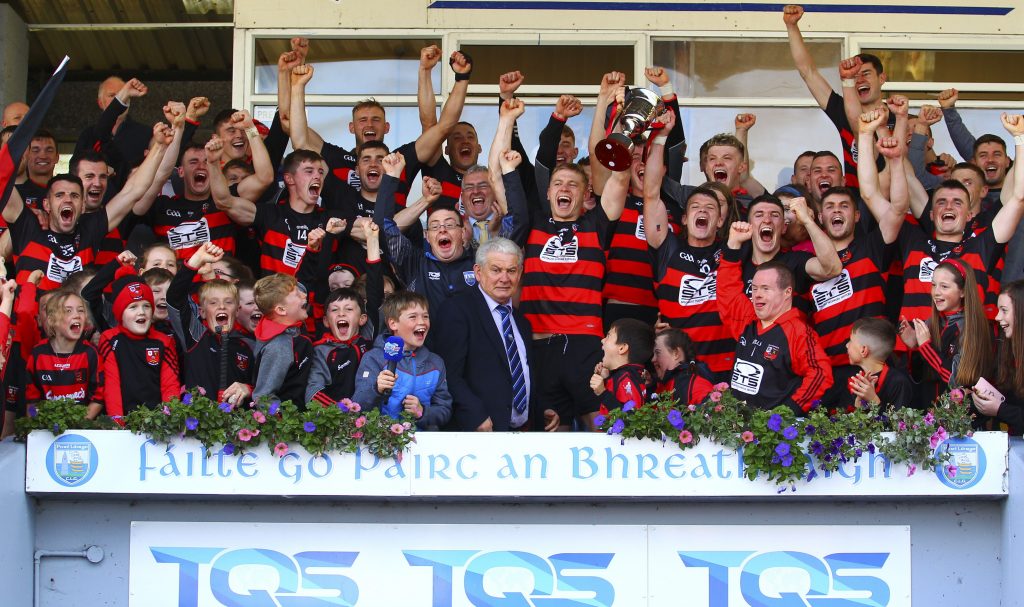 The Ballygunner players celebrate their sixth Co. SHC win in a row at Walsh Park last October. They will start their quest for seven title on the trot on Sunday, March 29 in Walsh Park at 1.30p.m against Clonea. Photo: Inpho.

The dates and venues for the first two rounds of the County Senior Hurling and Football championships were sent to the clubs over the weekend and while there are some very attractive double headers over the two rounds in both championships there is a big difference between the spread of games, venue wise, in the hurling and football championships.
There are twelve games between the two rounds in in each of the championships. In Round 1 of the Senior Hurling listed for w/e 28th /29th March four games will be played in Fraher Field, one double header on a Saturday evening and another on a Sunday evening. The two afternoon games for the Sunday have been split and are going up against each other at different venues with Roanmore and Abbeyside meeting in Carrickbeg at 2 p.m. while Ballygunner and Clonea will have started in Walsh Park at 1.30p.m. leaving just one of the first round games fixed for Walsh Park.
Round two of the Senior Hurling on the following weekend sees afternoon double headers in Walsh Park on Saturday and Sunday afternoons with an evening double header in Fraher Field on Sunday evening involving four Western teams.

SENIOR FOOTBALL
The picture is very different where the Senior Football championship spread of games is concerned. Of the twelve games, not one will be played in Walsh Park. Five games of the twelve will be played in Fraher Field, three in Leamybrien, two in Kill and one each in Carrickbeg and Colligan. That there will be no game in Walsh Park is certain to rankle with Gaultier who again find themselves playing in Kill against Kilrossanty and in Carrickbeg against Kilmacthomas, two games they might reasonably have expected to be played in Walsh Park. St. Saviours play their opening games on their return to Senior ranks against Stradbally in Leamybrien and against Brickey Rangers in Kill. The dates, times and venues are as follows: 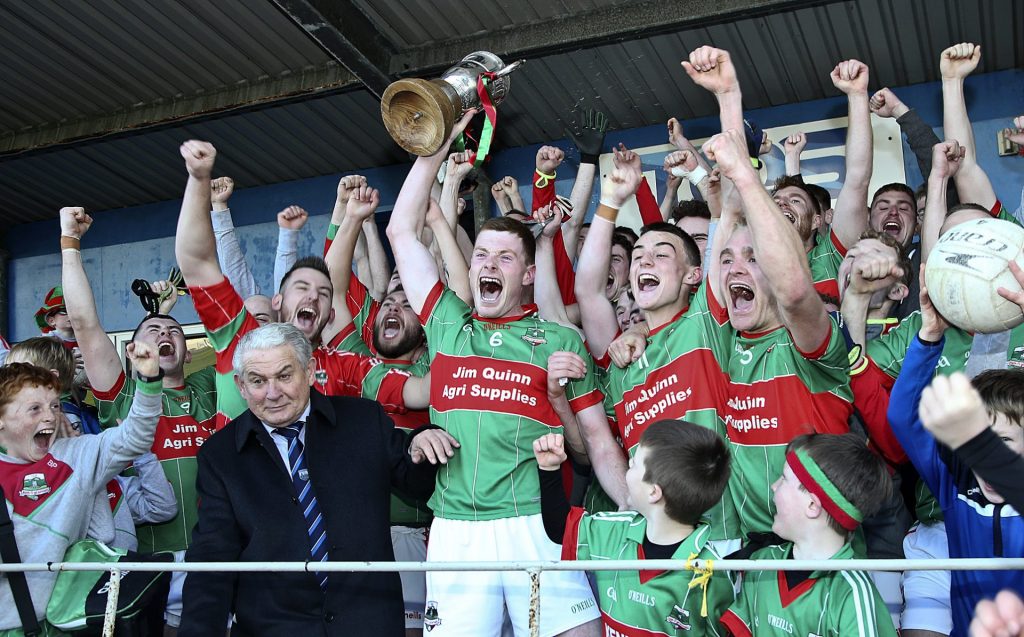 Rathgormack captain Michael Curry holds the Conway Cup high after his side ended their 20 year wait for a Co. SFC title in 2019. The men in red and green will begin their bid to retain their title against Ardmore in Fraher Field on Saturday, April 11. Photo: Sean Byrne.

JUNIOR B FOOTBALL
The Junior Football B All County Championship, confined to the second strings of senior clubs and optional intermediate clubs gets under way on the same weekend as the Senior Football, April 10th and will continue in tandem with the senior championship fixtures with the first named team in each fixture having home advantage. The championship is divided into two groups as follows.
Group A – Rathgormack, Kilrossanty, Brickey Rangers, Clashmore, Ballinameela, St. Saviours.
Round 1 – Friday April 10th All games 7 p.m. Rathgormack V Kilrossanty, Ballinameela V Clashmore, St. Saviours V Brickey
Rangers.
Group B – Gaultier, Stradbally, Nire, An Rinn Dungarvan.
Round 1 – Friday April 10th All games 7 p.m. Stradbally V Gaultier, Dungarvan V An Rinn.
The remaining fixtures will be published on the week of the games.