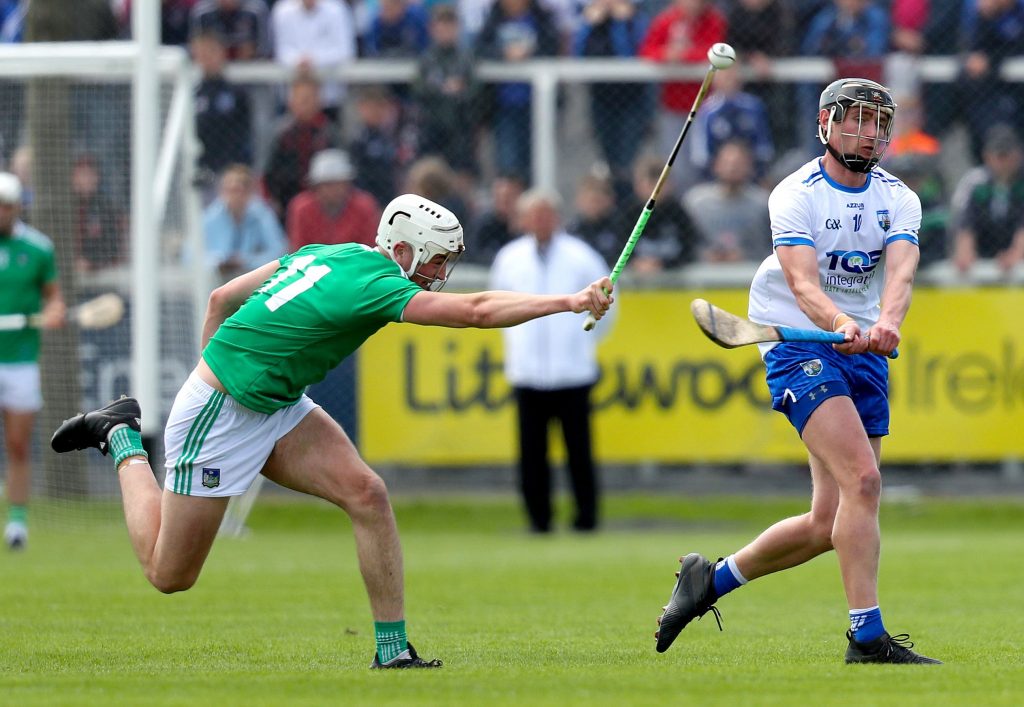 After coming on as a sub the last day against Westmeath, Déise captain, Pauric Mahony is likely to make his first start of 2020 on Saturday night in Limerick. Photo: Inpho.

The Allianz National Hurling League resumes after a one week break for Fitzgibbon Cup action this coming weekend with the Division 1A top of the table clash between defending champions Limerick and Waterford getting things under way at the Ennis Road venue, under lights, on Saturday evening.

LIMERICK CHALLENGE
This will be Waterford’s first league visit to the venue since 2015 when both counties were in Division 1B which was the second tier of the league and were striving for promotion. That game too was a Saturday night fixture and resulted in a draw on a score of Limerick 2-16, Waterford 0-22. While Limerick faltered thereafter, suffering a shock defeat to Offaly, Waterford went on, unbeaten, to take the League title under Derek McGrath and gain promotion. The teams were not to meet again in the league until the final last year when Limerick ended Waterford’s unbeaten run with an emphatic 1-24 to 0-19 victory in Croke Park.
That result came between two heavy championship defeats at the hands of the same opposition and with another championship outing in Limerick on the radar come May 17th next Liam Cahill will be looking to maintain the momentum from the wins over Cork and Westmeath here while producing a performance that will signal an end to the sequence of heavy defeats at the hands of the opposition.
Having won the All Ireland title in impressive fashion in 2018 Limerick were strongly fancied to to retain it the following year but despite their runaway win over Waterford in Walsh Park they were shown to be vulnerable in losing to Cork and Tipperary in the Munster Round Robin series. They made it into the Munster final in second place on score difference and turned the tables on Tipperary. They were again made favourites for the All Ireland but fell to Kilkenny in the semi-final by a single point.
With just two rounds of the current league played and having defeated the All Ireland champions in Thurles and Galway in Limerick the focus is again on John Kiely’s team and already they are being touted as front runners for the All Ireland title. It has been shown, however, that they are as vulnerable as any side on a given day and while they will be expecting to collect the points on Saturday a Waterford side, showing the resilience that saw off Cork, is capable of causing an upset.
The Waterford performance against Westmeath fell short of that against Cork but the circumstances were very different in that Waterford were confidently expected to win the game which they did with some comfort. It had to be expected that the intensity of the Cork game would not be required in Mullingar and the team did all that was necessary to gain the victory with five changes in the line up from the previous week. On Saturday next we will see a very different approach.

WEXFORD CHALLENGE
Last Sunday’s challenge game against Wexford in Ferns saw Kevin Moran, Austin Gleeson, Jamie Barron, Conor Gleeson and Pauric Mahony all playing a full part which suggests that all are in the mix for a place in the starting fifteen against Limerick, in which case the selectors will have some difficult decisions to make.
Experimenting against a very strong Limerick side might be seen as a risky business and with such as Austin Gleeson and Jamie Barron having shown their fitness in the game against Wexford it is reasonable to expect that both will start on Saturday. An interesting feature of the game in Ferns was that Waterford started with Austin Gleeson and Pauric Mahony forming a midfield partnership though that was broken up of necessity following the exit of Shane Fives early in the game with Gleeson having to move into the defence.
It would seem likely that Stephen O’Keeffe will start in goal though Waterford are in a healthy position with a goalie of Billy Nolan’s quality as back up. The fullback line of Shane Fives, Conor Prunty and Shane McNulty is likely to remain intact while Calum Lyons must start at wingback. Darragh Fives is still working his way back from a long absence and is likely to get another start at centre back and Kevin Moran’s return to action on Sunday last might suggest that his experience might see him included at wing back for this game in place of the young Iarlaith Daly.

RETURNING STARS?
The prospect of an Austin Gleeson and Pauric Mahony midfield partnership is interesting with Jamie Barron likely to start at centre forward. It is not clear if Kieran Bennett has recovered from the hamstring injury that kept him out of the Westmeath game while one would expect him to be included if he has.
In attack Stephen Bennett and Patrick Curran will feature up front and with Jamie Barron back in action the battle for the remaining three places will see Jack Fagan, Jack Prendergast, Darragh Lyons, Dessie Hutchinson and Neil Montgomery all in contention. Though replaced in the course of the games against Cork and Westmeath Neil Montgomery did his case no harm when sprung from the bench in last weekend’s Fitzgibbon Cup semi-final to play a pivotal role in U.C.C.’s sensational comeback to snatch the game from DCU as he sent over two great points to bring the tie level.
Limerick manager John Kiely has done some rotation with his side over the games against Tipperary and Galway but is likely to field his strongest available side on Saturday. Much will depend on the Waterford defence on Saturday against a lethal Limerick attack containing players such as Gearoid Hegarty, Aaron Gillane, David Dempsey, Tom Morrissey and Graeme Mulcahy. At the other end we will be looking to Stephen Bennett to maintain his top form with support on the scoreboard from Patrick Curran, Jamie Barron and Pauric Mahony.
This is a big test for Waterford and on Saturday night we should have a clearer picture of just where we are at.

Watch HSE briefing Live: Target is to test 4,500 Covid-19 cases from next week