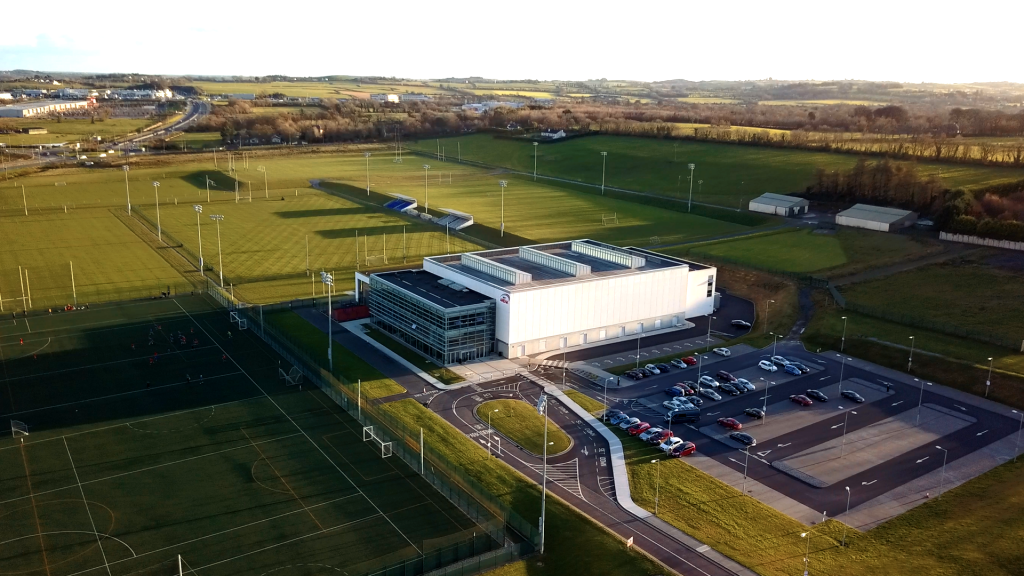 The wonderful WIT Arena will play host to the Ashbourne Cup camogie weekend this coming, Friday, Saturday and Sunday.

WIT Vikings GAA Club and WIT Arena, in conjunction with the CCAO Third Level Camogie Committee, will host the UPMC Ashbourne Cup finals this weekend from the 14th-16th February. This will be another massive occasion for WIT Vikings GAA and camogie club who are looking to win their 9th Ashbourne cup medal on home soil. WIT will battle it out with UL in the first semi-final on Saturday at 12.45pm in what will be a eagerly anticipated game between two tough opponents, while UCC and DCU go to battle in the second semi-final at 2.45pm. Please see timetable for games below. There are a number of fixtures to be confirmed so keep an eye on the CCAO (@3rdLevelCamogie) and WIT Vikings GAA (@WITGAA) twitter pages for finalised fixtures this week.

WIT Vikings Basketball
WIT Vikings women’s basketball team hosted their final league group game against Mary I in WIT last week. WIT Vikings battled hard throughout the game but just came up short to a tough Mary I side. The game ended WIT 56 Mary I 61.
WIT Top Scorers : Maria Palarino 25; Jordan Kervick 17
WIT will now be drawn away in their semi-final but will be delighted to have qualified for the Intervarsities which take place in April also.

WIT Vikings GAA Club
On Thursday last 6th February the WIT Vikings Fresher Men’s Footballers travelled to Santry Avenue to take on Trinity College Dublin in the opening round of their championship campaign. WIT started well and led 3-5 to 0-5 at the break. WIT once again pushed on in the second half and finished eventual winners on a score line of 3-11 to 1-12. They now progress into round 2 of the competition and face another away trip, this time to IT Sligo, date and time tbc.
WIT Vikings Ladies footballers put in a gallant effort away to NUIG Galway last week but just came up short in their opening round of the Giles Cup. WIT found themselves trailing by three points at the break but it was to get more difficult in the second half for the girls as NUIG added further goals to run out eventual winners by 5-12 to 3-8. WIT play IT Carlow in the next round in what will be a decisive game for the WIT Vikings if they wish to progress to the knockout stages of the Giles Cup.

WIT Vikings Rugby
Our women’s rugby team played host to UCC in the Student Sport Ireland Tier 2 Cup last week. WIT are continuing to build a women’s squad and WIT Vikings put in massive effort against a strong UCC side in Waterford city rugby club. WIT finished on a high bundling a well worked move over the try line. The WIT women now travel to Maynooth this week where they will participate in the Kay Bowen 7s competition.