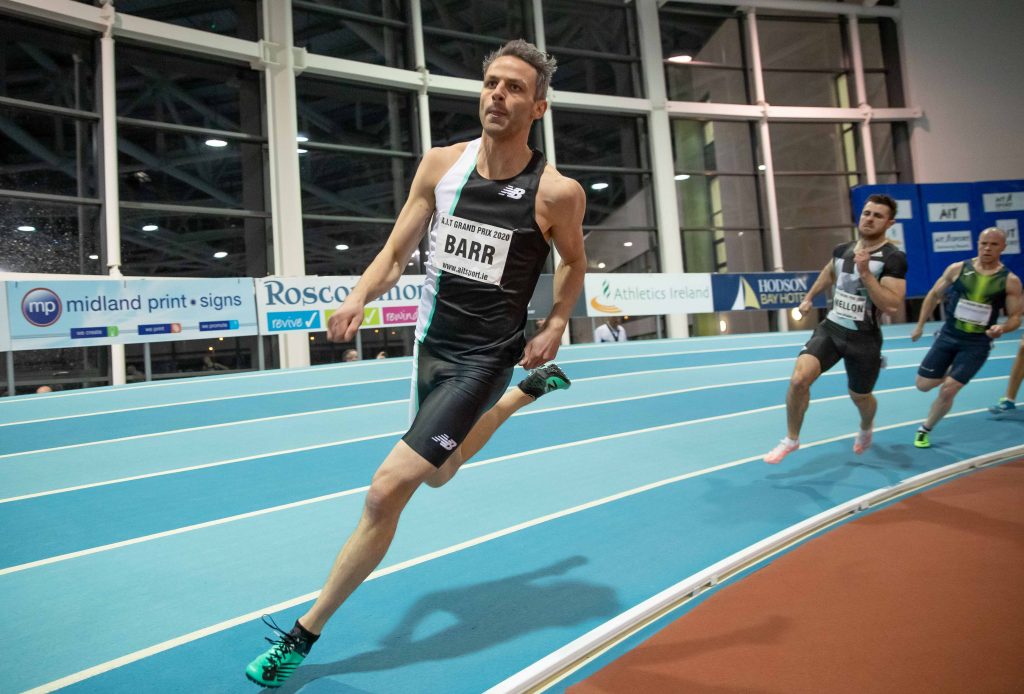 Thomas Barr on his way to setting a new personal best in the Men’s 400m at the Athlone International Athletics Grand Prix at Athlone IT. Photo: INPHO/Morgan Treacy.

At the AIT International Indoor Grand Prix in Athlone on Wednesday, Ferrybank AC’s Thomas Barr ran a fine race in the 400 metres flat finishing a close third in a personal best time of 46.44 seconds. His old time was 46.85 and he will be delighted with this and hoping to transfer it on to his 400 hurdles times later this year as he prepares for the Olympics in Tokyo.
It was the only race of the Indoor season for Thomas.The race was won in 46.17 by Tony Van Diepen from The Netherlands last year’s European Indoor bronze medalist, with triple World Champion over the distance Pavel Maslak from Czech Republic second in 46.28, so Thomas in very good company. Grace Furlong from Waterford AC was sixth in the long jump and Niamh Whelan Ferrybank did not progress from the heats of the 60m.

Munster Championships Indoors
At the Munster indoor juvenile championships under 9 to 11 on Saturday there was a gold medal for Lilly May Queally KCK who was joint first under 10 60m meters and she also won a silver in the long jump. In the final of the Girls under 9 60 meters Sheila O’Donoghue Ferrybank was third. In the 1.5 km walks Maeve O’Connor Waterford AC was first in the girls under 17 while West Waterford had a bronze medal in the girls under 15 walk with Doreen Nicky. 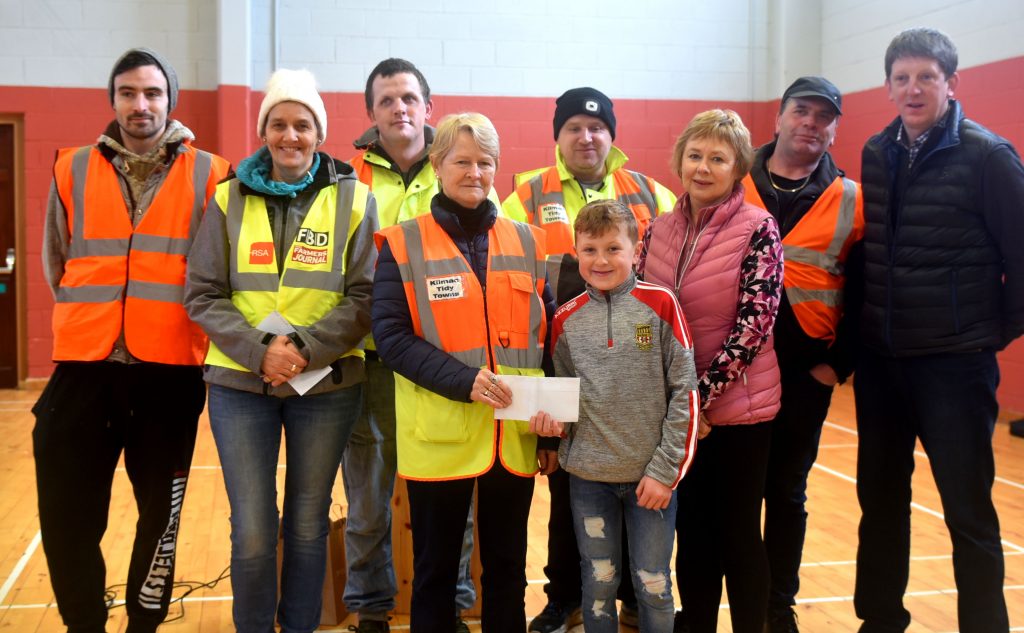 Munster Masters Indoors
At the Munster indoor masters championships held in nenagh on Sunday, Waterford athletes figured among the medal winners. Joe Gough over 65 was in brilliant form winning three gold medals and setting three championships best performances in the long jump, 800m and 1500m.
West Waterford AC’s Terri Gough over 75 won four golds in the 60m, 200m and 400m and the shot. For Waterford AC the medal winners were Paschal Halley over 50 400 meters gold with two silver medals in the 200 and long jump, Tom O’Brien over 50 had a double gold in the high jump and long jump, while Anna de Courcey over 45 took gold in the high jump. Aisling Ferguson took gold in the over 45 800m and Liz Colclough Culclow over 40 took bronze in the 60m. Nicola Tighe over 40 won gold in the 60m hurdles in a champions best time. She also took a  silver in the weight for distance and she added bronze in the  200m and 400m.
For Tramore AC, Shirley Fennelly over 50 took gold in 60m, silver in the long jump and shot. Jackie Magee over 50 had two silvers in the 60m and 200m and she won a bronze in the shot. Elaine Barry over 50 won 400m silver. Ferrybank AC’s Pat Kennedy over 60 won bronze in both shot and weight for distance.

Munster Juvenile fixture
Nenagh Stadium is the venue on Saturday and Sunday next for the Munster under 9 to 12 Indoor Championships which begin both days at 10 am.Lots of athletes from Waterford clubs will compete over two long days of competitions,full timetable is on Munster Athletics Website The following week end on Saturday February 29 th and March 1st the All Ireland Senior Indoor Championships are in the Natoinal Arena Abbotstown.

Credit Union Awards
The Supreme Young Athlete of the Year Award Ceremony is in “The Woodland’s Hotel” on Friday next at 7 pm. 12 monthly winners during 2019 will be present and the overall winner for 2019 will be announced based on their performances during the full year of 2019. Monthly winners are chosen based on their performances in that particular month only,the age groups are athletes eligible for under 13 – not under 12s – to under 19 competitions

Death
The death took place last week of John ‘The Bullet’ Cahill of Lismore. A man who was involved with athletics in Lismore up to a few years ago both in club competitions and Community Games and was extremely popular with all who got to know him. Sympathy is extended to his family and many friends from all involved in Waterford athletics.