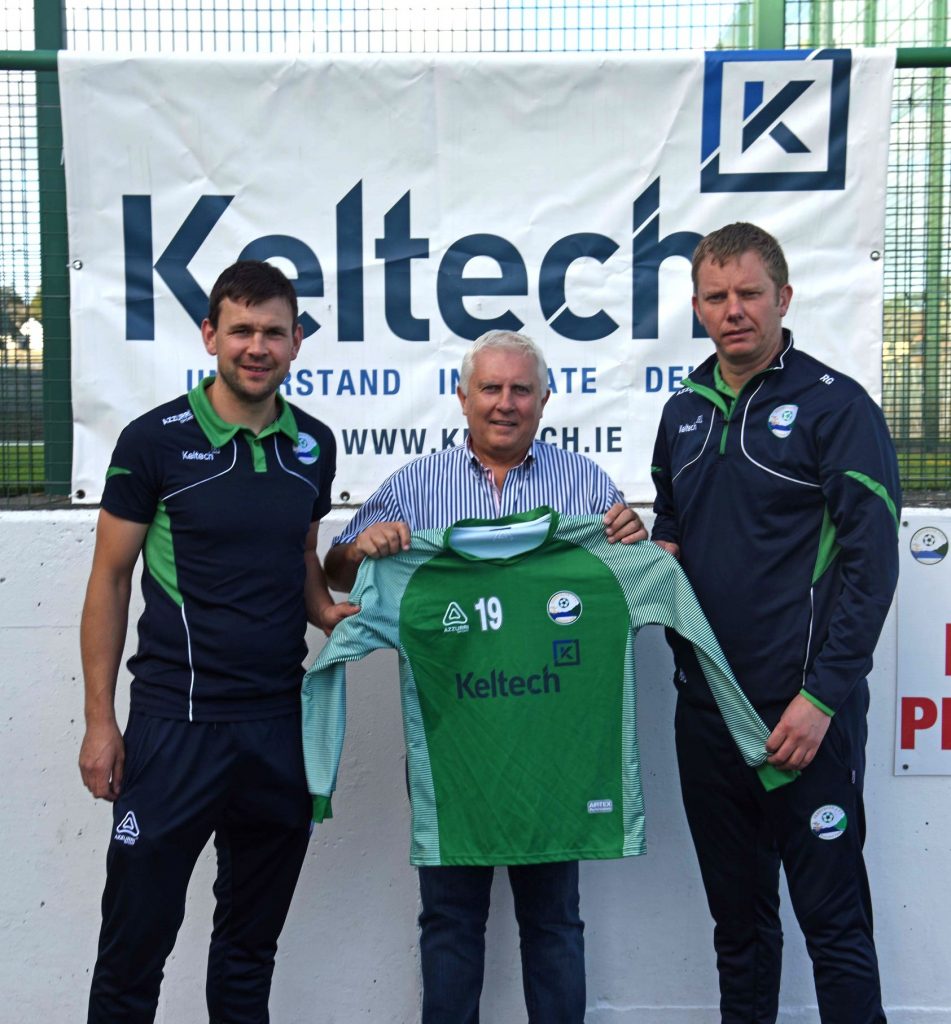 The opportunity to reach the quarter-finals of the New Balance FAI Junior Cup and put the disappointment of losing at the last 16 stage back in 2018 is one that Ferrybank manager Richard Gaffney is relishing ahead of Sunday’s crunch clash with Dublin’s Oliver Bond Celtic.
Back in 2018 the Villagers lost out to Mervue United after extra-time, but they’ll be hoping to keep the Waterford flag flying in the competition when they face the challengers from their capital this weekend with home advantage a massive bonus.
After two super wins against Drumcondra and Trim Celtic in the last two rounds of the cup, the O’Neill’s Premier League leaders will be hoping that having a home game will be the key to advancing into the last eight of Ireland’s biggest domestic competition.
Richard Gaffney is hoping however that the lack of recent games due to the weather doesn’t impact on his side’s bid to reach the next stage. “We’re all looking forward to the game, but we know it’s going to be tough,” said the Ferrybank boss. “The lads are buzzing for the game and I’ve seen that in training in the last three or four weeks, but my big worry is the lack of games due to the weather.”

FAST START NEEDED
“I would have liked to have gotten a game under our belts before we play Oliver Bond on Sunday because we are notorious slow starters in games so the lack of games in the last two weeks might play a part. It has been an unbelievable season for us to date and we’re hoping that it continues Sunday.
“We’ve played 15 games this season in all competition and won 14 with the only defeat against Crystal in the Munster Cup. I couldn’t ask for more from the players and they are all looking forward to Sunday on what is a massive day for the club.
“We were disappointed a couple of years ago to lose out in extra-time against Mervue United at the last 16 stage, but I think that we might have a bit more maturity this time round. I went to see Oliver Bond play and while they’re decent, I’m confident that we can give it a right go.
“I’d like to start the game like we did against Drumcondra where we should have had the game wrapped up by half-time so an early goal would be nice. The win against Trim Celtic impressed me when I look back because it was an horrendous day on an astro. We worked hard and took the chances in the second half.”

EXPERIENCE THE KEY
“Oliver Bond play all their games in Dublin on an astro and play very few games on grass. The weather down here has been awful the last while so I’m expecting the pitch to very soft. That won’t help a freely flowing passing game that perhaps they are used to.
“When I look at our squad, we have a lot of experienced players in it with the likes of Kevin Burns, Sean Flynn, Conor Fell, Paul Phelan and Thomas Whitty. I think that Thomas has been an unbelievable signing for us and has had an excellent season. His goal against Trim Celtic put us on the road to where we are on.
“We also have the young players that have done well for us so overall I’m happy where we’re at. It’s a massive occasion for the club especially having a home game. We know that Oliver Bond are bringing down a big crowd and I’m sure that we’ll have the local people behind us as well.
“I couldn’t be happier with preparation for the game up to now so hopefully we’ll have all the luck on our side come Sunday and we can look forward to a very good game. I’d urge people to get behind us and hopefully we can get the job done.”