Waterford trio help UL to wonderful five in a row 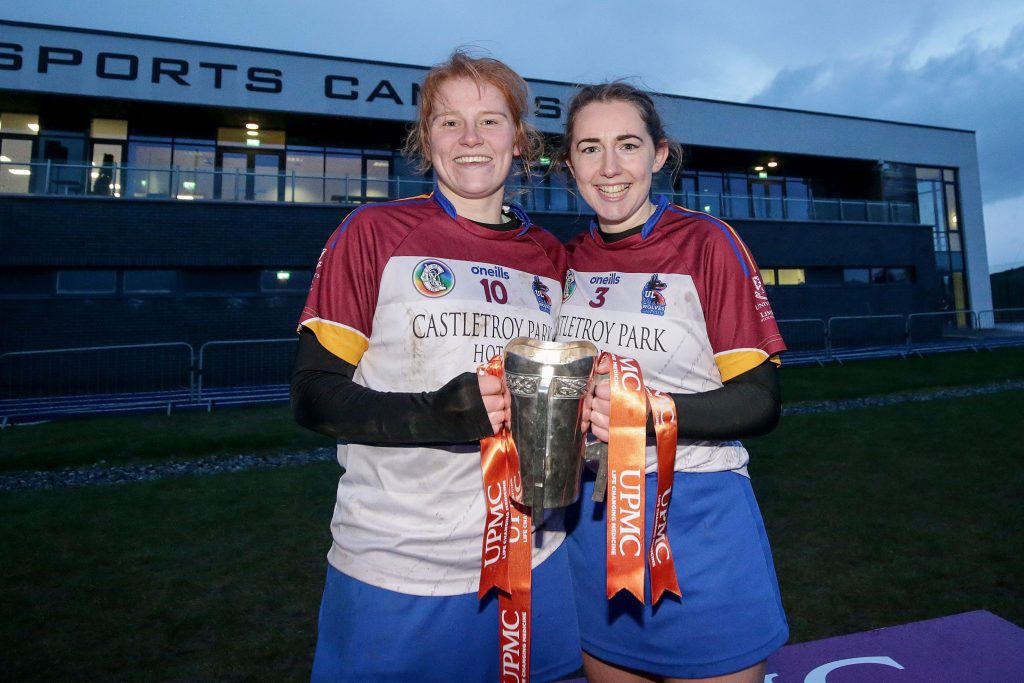 Despite storm Denis, all involved in organising the UPMC Ashbourne Cup at the wonderful WIT Arena did a tremendous job in getting through three days of camogie in testing conditions.
After three great days of camogie, it was UL who became the fifth college to complete the Ashbourne Cup five-in-a-row, emerging deserving winners over a gutsy but outgunned UCC.
It was a bitter pill to swallow for the Leesiders, who have been UL’s victims on each occasion.
It was fitting that the Waterford played final should see three Déise players, Beth Carton, Annie Fitzgerald and Kate Lynch emerge on the winning side, while Sibeal Harney was a top performer for UCC.
Not for the first time, UCC just had no answer to a side boasting the type of firepower provided by joint-captain Beth Carton, who finished with player-of-the-match honours for the second consecutive season, Tipperary’s Ciardha Maher and two inter-county stars that will be the chief threats for their clubs on All-Ireland duty at the end of the month, Siobhán McGrath (Sarsfields and Galway) and Annie Fitzgerald (Gailltír and Waterford).
Four-time All-Ireland winner with Cork, Orla Cronin took the fight to the Shannonsiders, ably supported by Intermediate Rebels, Hayley Ryan and Finola Neville and Tipp attacker Caoimhe Perdue but they never looked like upsetting the odds.
Keeva McCarthy opened the scoring with a brilliant point from 40m after 87 seconds for UCC but UL quickly settled into their groove, Carton feeding Waterford teammate Fitzgerald for the equaliser before converting three pointed frees.
The double All-Star, who hails from the De La Salle club just three miles away, turned provider once more with a delectable pass for Maher to point and when Maher goaled in the 13th minute, UCC were in trouble.
It was a well-worked score, Carton coming out of a ruck in possession and feeding Maher, who exchanged passes with Fitzgerald before finishing with a low shot Sarah Aherne will be disappointed she was unable to stop.
That put seven points between the sides and while Cronin shot three points to give the Skull and Crossbones some hope, that was quickly dashed when McGrath rattled the net with a first-time pull off the sod in the 22nd minute.
Cronin was accurate from frees but so was Carton at the other end and UL had a greater breadth of scoring threat, Mairéad Burke and Róisín Howard also pointing to leave it 2-9 to 0-7 at half-time.
UCC needed goals but could not break down a UL defence that was aided by the industrious Sophie O’Callaghan. On the rare occasion Deborah Murphy was called upon, the Clare netminder was not found wanting either.
Cronin slotted a neat score but Carton bulleted a 39th minute penalty to the net, after Fitzgerald had been unceremoniously hauled to the ground, and there would be no way back for UCC.