“WHILE justice delayed may not always be justice denied, it usually means justice diminished.” So said the Supreme Court in October 2017.

While distinction made by the Supreme Court at the time bears no direct relevance to decisions made by the Court of Appeal last week, it’s difficult not to dwell on the significance of such legal sentiment in the wake of the lower court’s most recent rulings.

Court of Appeal President George Birmingham said that courts should not shy away from imposing the maximum sentence of five years when it comes to ‘high end’ cases of assault causing harm.

In making an observation into three separate sentences handed down in assault cases heard in Waterford, Mr Justice Birmingham (who sat with Justices John Edwards and Isobel Kennedy) said that “unduly lenient” sentences had initially been handed down.

In relation to the three cases brought before the Court of Appeal, Mr Justice Birmingham said that consideration ought to have been given for the headline sentence of five years’ imprisonment in each case.

Critically, he contended that the maximum sentence for Section 3 Assaults of the kind brought before his court last week ought to be considered as a starting point before any mitigating, sentence reducing factors, were taken into consideration.

Such a line of thought would certainly strike a chord with not only those prosecuting such cases, but for loved ones of an assault victim, the vast majority of whom are not fluent in legal verse. Indeed, it might also alleviate the confusion which many court reporters comment upon in the wake of certain sentencing matters.

The notion of how legal punishment, so to speak, fits the crime nowadays is a far cry from a time when more punitive options were available to the courts.

A straw poll in any town or village would surely return an overarching sentiment: that the rights of the victim are not being sufficiently honoured while those found guilty are simply not being fouled guilty enough.

As of September last, the number of Irish prison inmates (over 4,000) had risen by 11 per cent in two years, with the number of remand prisoners increasing by over 25 per cent, illustrating that more serious charges are being brought before our courts.

The proliferation of Class A drugs in practically every community in recent years has come with life-changing and life-ending consequences, as the appalling developments of late in Drogheda have chillingly demonstrated. Waterford and the South East is not immune to such a horrifying vista visiting us.

Taking the wider societal picture into account, that there are now almost 14,500 sworn members of An Garda Síochána in service, is evidently welcome.

The graft of officers and Detectives in bringing some of our most problematic citizens to court attention is work undertaken for the benefit of all. That arresting officers share the bewilderment expressed by the general public following the issuing of certain sentences should come as no surprise either.

Most of us will never darken the door of a court chamber. Nonetheless, the work of all bodies charged with upholding the law and administering justice is something we should all be invested in. The Court of Appeal did the State some service last week. It’s work that we should all be thankful for. 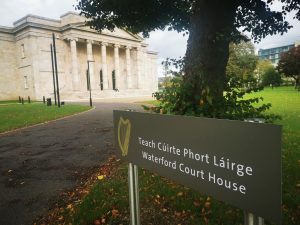