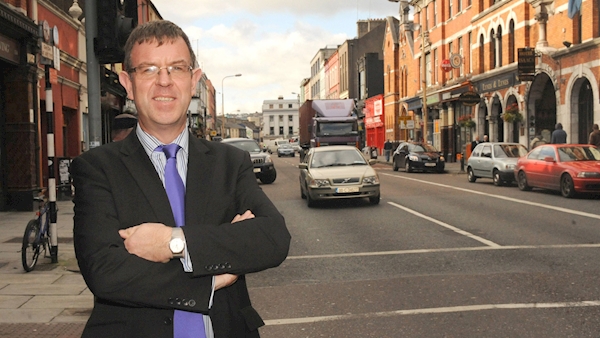 A large number of complaints received by the Financial Services Ombudsman are unlikely to be upheld, he has revealed.

In his latest Digest of Decisions, Ger Deering blames “unrealistic expectations” and a “lack of understanding” about their entitlement to a tracker mortgage in the first place.

One person even complained in the belief they had “a constitutional right” to a tracker mortgage.

According to the digest, Mr Deering and his staff fully upheld just two complaints against financial institutions between January 2019 and January 2020.

A further six were substantially or partially upheld while 17 more were not upheld.

At the end of 2019, the Financial Services and Pensions Ombudsman (FSPO) had 1,152 tracker mortgage complaints outstanding.

Throughout the year, 516 complaints relating to tracker mortgage interest rates were closed by the ombudsman.

Of these, 264 were closed after they were resolved through the FSPO’s informal mediation process while a further 174 complaints were closed during the investigation, adjudication or legal services process.

Three complaints were where the banks had restored the correct tracker rate from the correct date but the complainants were unhappy with the level of compensation offered by the bank.

The Ombudsman found the compensation offered was insufficient, given the very specific personal circumstances of the complainants concerned.

In one of those complaints, the person objected to the manner in which the sum overcharged by the bank was to be refunded and this aspect of the complaint was not upheld.

Of the complaints partially upheld, the Ombudsman found, in one case, that the bank had delayed in offering the complainant a tracker portability mortgage, and directed €3,000 in compensation.

In two complaints, the Ombudsman found that while the complainants were not entitled to a tracker interest rate on their mortgages, the quality of the information given to the complainants was lacking and directed the bank to pay €2,500 in compensation in one complaint and €3,000 in another.

In the fourth complaint that was partially upheld, the Ombudsman found they were not entitled to a tracker interest rate on their mortgage.

However, he found that the bank did not appear to be aware of its obligations under the Central Bank’s Consumer Protection Code in relation to the retention of records.

He directed the bank to review and change its practice in relation to maintaining consumer records to ensure it acts in accordance with the Consumer Protection Code.

Mr Deering said: “It can be seen that 17 complaints were not upheld.

“I believe it is likely it will continue to be the case that a large number of complaints relating to tracker interest rates on mortgage loans will not be upheld.

“This is because some complainants have unrealistic expectations, believing that their desire to have a tracker interest rate provides a basis for requiring their bank to grant them one.

“There seems to be a lack of understanding, by some complainants, that for a person to have an entitlement to a particular tracker interest rate there must be some contractual or other obligation on their bank entitling them to such a rate.”

He said that some of the unsuccessful arguments put forward by complainants in support of their argument for entitlement to a tracker mortgage include: “We have a constitutional right to a tracker interest rate mortgage.”