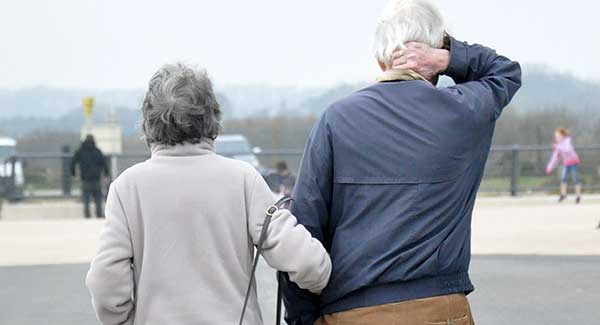 POPE Francis, addressing an international conference on care of the elderly in the Vatican, called on the Church to change her pastoral attitudes in order to respond to the presence of so many elderly people in families and communities.  I believe there is no organisation better placed to foster friendly encounters and help build caring, united communities than the local parish. More on this later but first some context on Pope Francis’ call for a better pastoral response to the elderly in our communities.

Francis is reflecting the growing awareness that ageing is one of the dominant themes of the 21st century. (This is borne out by the United Nations World Economic and Social Survey.)  It will certainly be a major issue for health care policy and delivery over the next few decades in Ireland.  Research indicates that by 2051, there will be an increase of 270% in the number of people over 80 years of age, estimated to be in the region of 1.5 million people. By that time, over 24% of the population will be aged 65 and over. In 2016 only 13.3% of the population were in that age bracket.  In the interests of transparency, I am now in this category myself!

Pope Francis, together with many NGOs such as ‘Alone’ and experts in this field, remind us that how we think about ageing can impact the policies we introduce and the supports we deem necessary. Dr Diamuid O’Shea of the Irish Gerontological Society views ageing as an opportunity to add years to life and emphasised that health and social care expenditure for older people need to be seen as an investment not a cost. An ageing population is not a catastrophe, and neither is ageing. It is to be celebrated, valued, supported, and planned for. We need to change the way we think and act, and we need to plan, now, so that we all can have a positive experience of getting older. We must recognise in the elderly in all their variety ‘a treasure to be nurtured’ (to quote the English Episcopal Conference).

The elderly possess a fount of wisdom garnered from their experience of life.  They have sculpted a depth of meaning out of the events that shaped their lives. The older generation have struggled bravely with financial hardship and yet showed remarkable ability to manage and to budget carefully.  Many have been remarkably skilled and were very self-reliant. They have an ability to shoulder the crosses in life with dignity and forbearance.  Many showed remarkable fidelity to their vocation as parents and thought nothing of the sacrifices needed to ensure the welfare of their families.

They have much to recount about the spiritual journey, the faith that shaped their lives and sustained them through adversity and struggle and also in moments of great joy and celebration. Their experience of a living God is very real and the practice of prayer has been a regular feature in their lives. They navigated the spiritual journey overcoming doubt and sometimes fear, a journey that continues to be sustained and supported through faith in Jesus Christ and the hope that this faith vision engenders. They have much to share with a younger generation which has lost its spiritual bearings.

Serenity in the face of death is one of the greatest gifts the older generation can bequeath to our community.  We do everything to avoid having to face the brute fact of mortality. We ignore the fact that the grim reaper will visit us all someday.  We don’t talk about it. Society is in denial about death. Advertisements lure us into a fantasy world, creating an illusion that we can defy the ageing process and avoid the challenge of facing up to the reality that we are beings-towards-death.

Denial of death comes at a cost. We often end up living life at a frenetic pace which can be so detrimental to our mental wellbeing. The serenity of older people who openly face dying have so much to offer, if only afforded the opportunity to share this profound wisdom.

It is important that we acknowledge the many services for the aged in our city and county. A five-year Age Friendly Strategy has been developed by Waterford City and County Council following consultation with older people and with the agencies and services providers. The Citizens Advice Centre has established a visitation programme whereby volunteers visit the elderly in their homes. There are also a number of day care centres for the elderly in the city and county. Gardaí involved in the Community Policing Project try to ensure that vulnerable elderly are safe in their environment.

However, I believe there should be a more coordinated effort to respond to the needs of the elderly. Above all else they want to stay in their own home for as long as possible. Isolation and loneliness are often the most serious threats to their quality of life. Everyone needs to feel that they belong, that they are part of the community. Parishes are ideally positioned to respond to these basic needs. Volunteers could be trained to form visitation teams and to call on the elderly in their homes. A visit by a person from their own community would enhance their sense of belonging.  To accomplish this, public sector agencies and other voluntary bodies would have to share information and support the initiative; – not an easy task when faced with GDPR compliance.  A visitation programme in our parish failed because of a lack of information. A more coordinated approach would enable the sharing of this important information.

In the meantime, politicians and statutory and voluntary agencies, in light of the call of Pope Francis, must view the ageing population not as a problem to be solved but as “a treasure to be nurtured”.