TIME OUT WITH TIMMY: No show like a Joe show 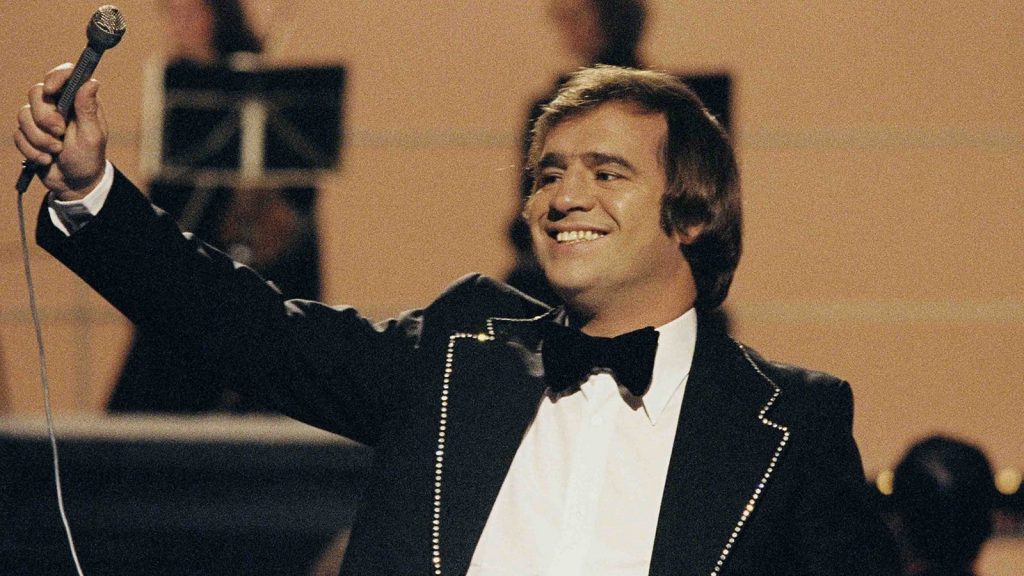 I HEARD an ad on the radio the other day. It had the typical big, dramatic voice over bellowing out that Tom Jones tickets were on sale soon. The 79-year-old superstar will play one night only at the Energia Stadium, Donnybrook, Dublin on Friday July 3. By the time you read this, it’s likely tickets will have sold out, as they have done for his other Irish gigs this year. I thought to myself, hats off to you Sir and there really is no substitute for real star talent. It also reminded me of no less a legend from these shores. The one and only Joe Dolan.

Growing up, the late Westmeath singer was never on my radar to be honest and I pretty much considered him more my Mum’s vintage. When I got into radio though in the early 80’s, I realised that regardless of my personal taste, this guy was certainly popular with listeners. Towards the end of that wonderful decade I got to see the man himself at a gig he did at Katie Reilly’s on the Tramore road. In its day it was a hot place for live acts.

‘Joe isn’t particularly good looking so what was it that had the hordes of ladies baying for more? Call it magnetism, star attraction, sex appeal’

The white suit, the sweat, that voice and, most strikingly I recall, the adoring women from that night. He had them eating out of his hand, lapping it up and loving a bit of Joe. If there was an Irish answer to Elvis, you couldn’t look any further than Joe Dolan. The saying has now passed into common usage but punters up and down the country were not wrong when they said, “there’s no show like a Joe show”.

I found the adoration a tad bemusing. Let’s face it Joe isn’t particularly good looking so what was it that had the hordes of ladies baying for more? Call it magnetism, star attraction, sex appeal; I honestly can’t put my finger on it, but one thing was clear, whatever ‘IT’ was, Joe had it in spades. They talk about Irish “stars” of today; their level of stardom is far below our latter day “legends” of the entertainment business. I reckon none of them could hold a candle to Joe.

Over the years on my Sunday morning show on WLR, I regularly get asked for his records and there’s nearly always a, “Great to hear Joe” comment via text message to follow one of his hits. I put my hands up and say without contradiction that I now get it. It might have taken a while, but I finally recognise the man’s brilliance. My personal favourites are ‘More and More’, ‘Wait Til The Clouds Roll By’, ‘Sweet Little Rock N Roller’ and the powerful ‘Goodbye Venice Goodbye’. He’s got a very impressive back catalogue and he’s delivered some cracking tunes in his time.

From humble beginnings working as a compositor for The Westmeath Examiner, he went on to scale the heights of showbiz. The larger than life megastar in waiting started out in the showband scene and racked up hits in the Irish charts with his band the Drifters. 1969 was a pivotal year for Joe and after signing to the Pye International record label, the Hammond and Hazelwood penned ‘Make Me an Island’, gave him a No. 3 smash in the UK, going on to top the pop charts in 14 countries. He had success with titles such as ‘Teresa’, ‘You’re Such A Good-Looking Woman’, ‘It Makes No Difference’ and several other gems. He was regularly on TV at home and abroad, but it was in front of a live audience that Joe really cemented his reputation. It wasn’t just women who flocked to his gigs, the lads were there too. He had the singular distinction in 1978 of becoming the first Western artist to perform in Russia. Apparently bootleg tapes of Joe Dolan’s music were being sold in Moscow! Not bad for a boy from Mullingar.

He plied his trade for a spell in Las Vegas too and was so much in demand that in 1980 he commanded $10,000 a week plus board. Proof of a showman well able to woo his US audiences. Big money offers came in to tempt him to return there but he turned his back on the States.

As time went on, and trends came and went, there was no let-up in the Dolan machine, and he was never going to go quietly from the limelight and be another ‘yesterday man’.

Reinventing himself cleverly, he was in the spotlight again and brought his magic to a new generation with the timely release of “Joe’s 90s” in 1998. It was a collection of modern hits from the likes of Blur, Oasis, and Pulp and it went down well with punters and critics alike. It featured “The Universal”, a Blur Song which went Top 10 in Ireland for him and helped make the album a big seller.

In 1999, the follow up, “21st Century Joe” also hit the spot with fans, this time they were loving the Dolan treatment of favourites from David Bowie, U2, REM and Bruce Springsteen. Even Dustin the Turkey got in on the act duetting on ‘Good Looking Woman’ which went to No. 1 in Ireland. And how many stars do you know who could garner interest for their hip replacement? Amazingly, Dolan’s hip bone is reportedly the only body part to ever be sold on eBay!

He was touring right up to 2007, however his health deteriorated, forcing him to postpone shows. Sadly, Joe passed away at just 68 years old on St Stephen’s Day that same year and he was buried in Mullingar. However, even in death, his shadow still looms. Many fans have been able to get along to see the ‘The Reunion Show’, a live experience that brought Joe to life again on stage with the aid of some technical wizardry backed by his former band mates, which includes his brother Ben and nephews Ray and Adrian, with Joe himself projected via big screen. Apart from Joe’s vocals, all the concert was totally live with his brother Ben narrating his life story. The ‘Remembering Joe Show with The Dolan Family’, has also toured and been enjoyed by his adoring fanbase, still as loyal as ever. You just can’t keep a good artist down.

I’m already planning a smattering of his songs to be liberally sprinkled across Sunday mornings over the coming months. There is a rich vein of hits to choose from going right back to those halcyon days of the 60s. A true Irish music legend. There will certainly never be anyone quite like him again.

Time out with Timmy: The great toilet roll battle