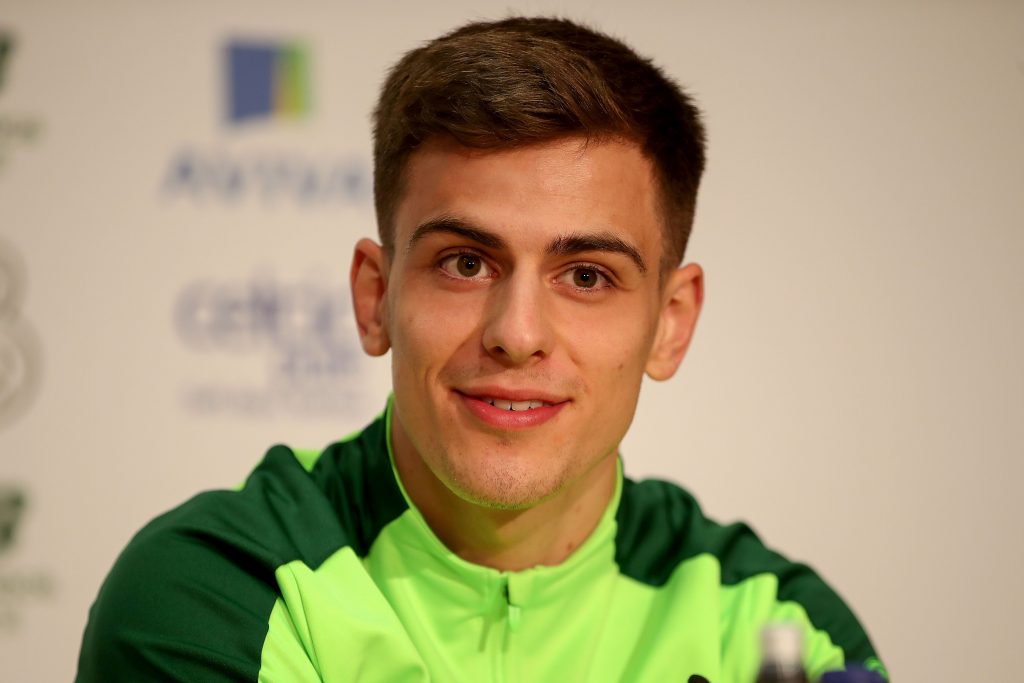 Just two days after signing a new contract with Brighton & Hove Albion that will keep him at the club until the end of the 2023 season, Waterford’s Jayson Molumby thought that he had scored his first senior goal for his on-loan club Millwall, but it wasn’t to be.
The 20-year-old has been riding on the crest of a wave since making the move to the Den and the Republic of Ireland Under 21 skipper felt that he had scored Millwall’s second goal in their 3-0 trouncing of Nottingham Forest live on Sky on Friday only for it to be taken away from him.
Molumby cracked in a shot from just inside the penalty area at the City Ground with 26 minutes that found the net and after he was initially handed the goal, replays showed that Millwall attacker Matt Smith had touched the ball with his heel on his way to scoring a hat-trick.

NEW DEAL
It would have been a brilliant way to end a brilliant week for the former Railway Athletic and Villa player after he put pen to paper on a new three and a half year deal to remain with Brighton & Hove Albion despite Millwall’s hopes of securing his permanent move to London.
Although disappointed that his first senior goal was taken away from him by TV replays, Molumby was still positive when speaking to Sky Sports after the game. “He’s (Matt Smith) scored enough goals throughout his career so I thought it was only fair he gave me this one – but it wasn’t meant to be. I thought that the performance was Millwall down to a tee.
“We just work hard for each other. Our goal from the start was not to let them settle and put them under pressure. Physically we got the better of them and won the battles.”
He later received an apology from Matt Smith after he was credited with the goal that ensured just the second hat-trick of his career.
But it was Molumby’s promise as a player that has seen Brighton take the decision to sign him on a new deal and although he has only featured for the club’s first-team in two EFL Cup fixtures so far, his reputation has been enhanced by an ongoing loan spell at Millwall.
He has shown a bundle of energy in a midfield role for Millwall where he has settled in the team like a duck takes to water and has already made 32 appearances for the Championship club, having joined them last July on a deal that will last until the end of the season.

SENIOR CALL UP?
With many hoping that Republic of Ireland Senior manager Mick McCarthy takes a chance and calls him into the Irish squad for this month’s crunch Euro 2020 playoff with Slovakia, Molumby will just be hoping that he can keep his feet on the ground with Under 21 games against Iceland and Luxembourg upcoming.
Commenting on Brighton’s decision to offer the talented youngster a new contract, their technical director Dan Ashworth said, “The experiences Jayson has had in the tough environment of the Championship this season have really helped his overall game and we’re delighted that he is committing himself to the club so he can continue his development when he comes back to us at the end of the season.
“We have watched him regularly this season and I know how pleased everyone at Millwall has been with his performances and his attitude. The new contract is a reward for his professionalism and hard work and I’m sure he will be looking to make a big impact when he comes back to the club.”
There’s no doubting that the Cappoquin native is living the footballing dream at the minute and it’s great that all the hard work that he has put in since he was a young kid is coming to fruition. We wish him the very best for the rest of the season and beyond.