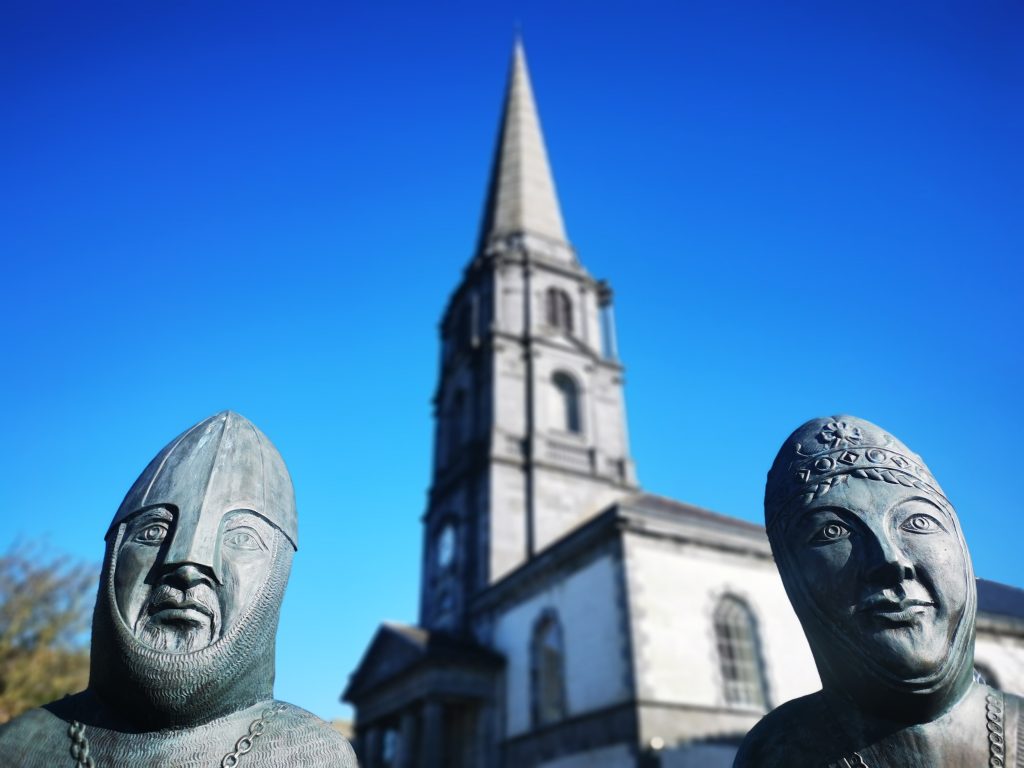 THAT has been the anthem of government over the past nine years. Darren Skelton’s heartfelt piece in last week’s paper about the absence of palliative care beds in the city underline the problems at UHW. No one in Dublin politics, the HSE, or the Dept. of Health gives a sh*te about Waterford. Suggestions to the contrary are maddeningly untrue. FG are hypnotised by the “boom” in the Dublin bubble. They have tried to destroy our hospital’s place in the national scheme of things, but without UHW, the South East is at risk. Parochial politics in this region can’t deny that fact, but our ability to deal with current evolving risk has been deeply constrained. We have shouted this from the hilltops and the HSE sphinx does not even blink.

‘We pray that UHW will not be gravely exposed by the escalating coronavirus outbreak as there is hardly a department which does not need a massive injection of resources.’

Our hospital has been under-resourced for years. Where are the coherent plans to do something about it? Fine Gael has hurt this region’s acute health provision with its Children’s Hospital ego trip and playing into regional political rivalries. This has rightly ruined the party in Waterford and Fianna Fáil deserves to fail and fall and follow FG into electoral oblivion. They did not listen, they do not hear. Maybe we should vote in four Sinn Fein TDs next time out to shake the comfortable Dublin classes into action.

The deficits across our hospital are entirely down to government. We pray that UHW will not be gravely exposed by the escalating coronavirus outbreak as there is hardly a department which does not need a massive injection of resources. Would a real medical emergency upset the status quo?

What did you during the pandemic? I was on strike outside UHW! The cleaning workers strike was tragic/farce in the face of a possible global pandemic and unprecedented challenges to Ireland’s health services. This was never the time for such action even with genuine grievances. The WRC has gladly intervened to settle matters. Why have cleaning standards at UHW been dismal for years? Social media is replete with unanswered complaints.

UHW is one of the busiest hospitals in the country but rarely receives recognition for that despite massive good work and excellent patient outcomes.

ABOVE: Comparative figures for staff at Limerick and Waterford University Hospitals

Recent guests from Galway were amazed at the amount of good public infrastructure in Waterford. Anyone who has been in the western capital knows that horrendous traffic problems afflict the place as they have no ring road around the city. In comparison, Waterford has terrific road infrastructure plus excellent flood defences, something that is also sadly lacking in Galway and our council has spent massively on beautiful public realm works in the city. The critical difference between the two places is that Galway is the poster city for regional development. Every medical and educational facility it needs and a huge number of medical devices industries have landed in its lap. The university is the attraction as private investment followed public money into the city in the knowledge that any necessary infrastructure will eventually be provided.

The extraordinary problem in Waterford is that private money has so far not followed public money into the city. Although retail floor space is deemed to be at an historic high, mostly because of big box retail like Butlerstown Retail Park, the centre city is effectively emaciated. One can only sympathise with council CEO Michael Walsh whose massive public realm investment has leveraged hardly a cent from the private sector in the historic centre. The North Quays, which is essential to change the local investment paradigm, is causing its own investment inertia. We are caught in a double bind, but need immediate action. It is extraordinary to see the number of people visiting the new Danish homeware retailer JYSK. There is real hunger in the city for new retail experience without which further stagnation is inevitable.

Cllr Eddie Mulligan described a recent message of his on social media, as a rant about presentation standards in the city. When the council plans to do away with high profile flower beds in some places you wonder what we are at. As a city we just don’t get presentation. Our museums are a physical expression of the kind of soft power that Waterford city has to have to raise its national profile.  Flowers and public space maintenance are part of the same thing.

It is very hard to understand why Dungarvan is replete with flowers, excellent maintenance, grass cutting and public presentation while similar standards are not attained in the city. Such difference is not acceptable. The broken, historic lamp standards outside City Hall and the nylon builder’s check straps holding the Thomas Francis Meagher monument together highlight a lack of attention to detail. A city like Waterford, coming from behind, struggling to hold its place in the national urban hierarchy must, as Avis car hire (second to Hertz) says, “We try harder”!

The city council vision for Ireland 2040 is replete with aspirations. “Waterford will be ambitious, progressive and connected, a place where all our people enjoy life, with well-being and opportunity at its heart. Waterford and the South East will be positioned to lead in terms of business development, economic growth and educational excellence. Waterford will offer a unique quality of life for all with outstanding world class amenities and a natural unspoiled landscape and scenery, and become a recognised tourism destination which honours its cultural and historic heritage as Ireland’s Oldest City.”

All very laudable, but guaranteed not to offend any town or county in the South East.  As the historians say, “strong cities do what they can. Weak cities accept what they must”.

That is where we find ourselves, meekly accepting restrictions on WIT which have prevented it attaining university status, accepting the destruction of our VECs and non-implementation of a boundary commission report. Humiliated over council finances and the possible loss of our Garda division HQ.  People are sick of it. Population growth across the north of the South East region in the Dublin commuter zone will draw facilities and investment away from us without a clear and immediate action plan supported by government. Ireland 2040 is long on waffle but short on action and money.

After years of waiting, a tower crane on the UHW campus points to construction activity at the new mortuary site. Massed bands, fireworks, public events and speeches marked the event, but despite all the noise and all the promises, has anything stirred on the second cath lab proposal?

Planning has been granted but there is no sign of a tender for the works being advertised on the government tender site.  Where is it? When is it? Meanwhile, hope springs eternal with evidence of some work in progress on the old Waterford Crystal offices.