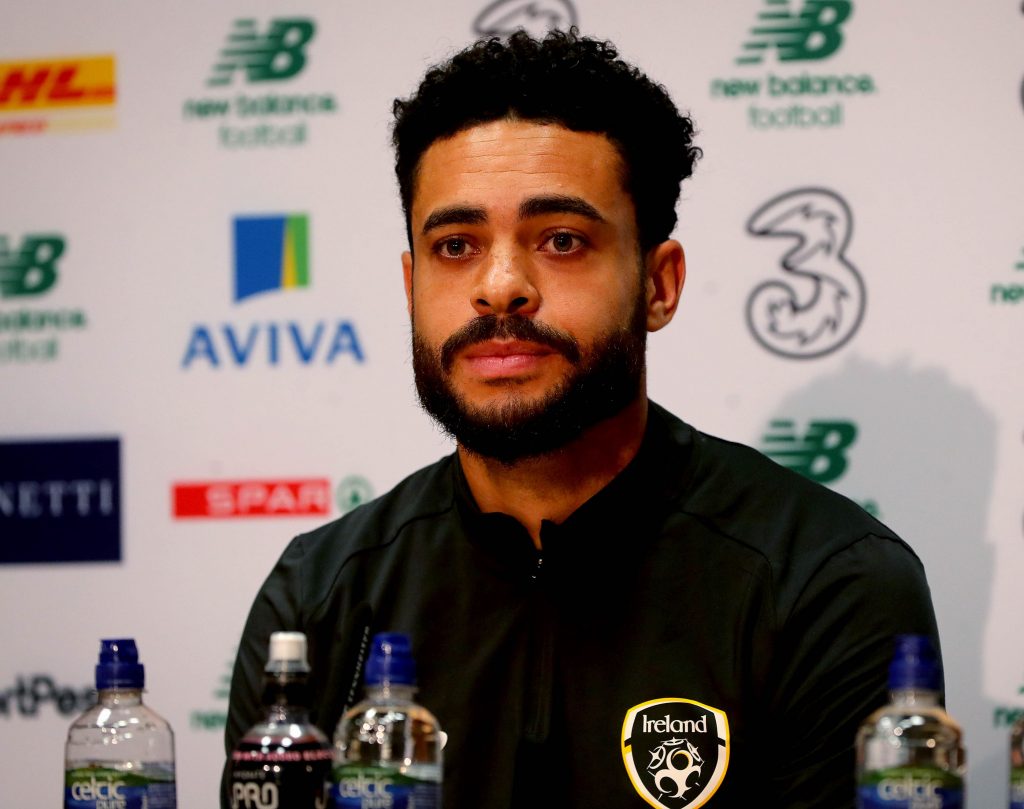 Tramore’s Derrick Williams has been linked to a move to the MSL but his Blackburn manager, Tony Mowbary, doesn’t want to let him go. Photo: Inpho.

After missing the last number of games through a calf injury, Waterford native Derrick Williams looks set to miss out on the Republic of Ireland Senior squad for the upcoming Euro 2020 playoff with Slovakia, but it hasn’t stopped interest developing from MSL clubd on a possible move to America.
The Blackburn Rovers defender hasn’t started a Championship game in 2020 mostly through injury and missed Sunday’s 3-0 defeat at the hands of Derby County, but he is expected to return to the Rovers squad in the next week or so.
For his manager Tony Mowbray however he isn’t keen in losing Williams to America and confirmed during last week that the club hasn’t received any enquiries for the 27-year-old to make the move away from the Ewood Park club.
Williams joined Blackburn from fellow Championship side Bristol City and has appeared 141 time for Mowbray’s side. He still has over a year remaining on his current contract with the club, but his manager has no intentions of losing the versatile defender, who is a big asset to his squad.
The Tramore native has missed the last three weeks of games for Blackburn with a calf problem whilst also struggling with illness, but he is expected to be back training with the squad in the coming weeks after returning to grass work.
Commenting on Williams possible move to the MSL, the Rovers manager said, “By word of mouth it’s landed with me, but unless anyone picks the phone up and puts a number in front of us then there’s no question to answer I would suggest.
“You hear whispers and rumours, but no-one has put any money down and made us make a decision. My first reaction is that it’s ludicrous, it’s silly, why would we weaken our squad by losing a player who might not be playing in the team at this moment but he’s a solid, experienced, sound player who’s played a lot of football for this club in several positions.
Confirming that the Republic of Ireland International is close to a return, Mowbray said, “He’s back on the grass training with the physios on his own but isn’t back training with the team. Derrick is not far away because he’s got his boots back on and is running up and down and playing side-foot passes with the physios, so I presume he’s pretty close to his exit. Hopefully he’ll be back with the group soon.”