Jason Murphy: The man behind the party

FOR most, the search for and eventual attainment of happiness is something which is striven for throughout life, for Jason Murphy the reality is a little different. “Between social media and modern perception, you’re nearly persuaded that if you’re not happy, whatever that is, that there’s something wrong with you.”

The reality, Jason tells me at almost the very beginning of our conversation is that you will be happy. 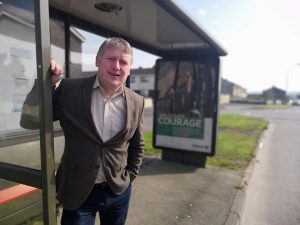 We fall victim to those that carry a promise of happiness: alcohol or material things, but when they don’t bring that desired happiness, we have a decision to make and for that decision, Jason offers words of wisdom. “Everything is transient, both the bad times and the good. The reality is that every five years you are going to face a tragedy in your life. It may be a marriage breakup, a relationship breakup, you might lose your job, someone belonging to you might die or if you are me, you could lose your seat on the council. Be ready for it because you have to be resilient when it comes.”

Facing that tragedy requires a certain mentality and that mentality oftentimes comes as a result of an intimate relationship with previous trauma and pain. “You have to know that you will get another job, you will love again – maybe even more than the first time around, and you will move on, you will definitely move on.” This certainty regarding moving on comes from Jason’s deep-rooted Catholic belief system, and his belief that there are “wider powers at work and we are just little cogs in a huge, huge wheel.”

Many of Jason’s actions are led by Catholicism and his belief in a greater good, even believe it or not, being a little bit thankful for the misery often encountered in life because Catholicism tells us to be grateful for every moment.

“People would often say Jesus! that Jason Murphy he’s always joking or laughing, and I am, I’m constantly like that. The fact is that sometimes the chase for happiness brings us the most unhappiness in our lives so I take things in a very light-hearted way.”

When asked if the jokes and the laughs are real, he said, “I think they are. I’ve kind of learned to laugh at adversity a little bit because I know it will pass. I’m 47 now, I’ll be 48 in September and they say that life begins at 40.”

For Jason, it seems that maybe life began, but certainly this healthier mindset began after 40. He stopped caring what other people thought of him, he bought a fedora hat and he wore that fedora hat across his election campaign in 2011. Knocking on doors, “like a racehorse owner”, the Fianna Fáil councillor realized a life changing lesson that people are not interested in you, or your problems – he was quick to clarify what he meant here. “I think that we are always worried what others are thinking of us, when really everyone has their own issues and things going on. People have better things to be doing than thinking about me.”

“The only things you regret are the things you don’t do. I used to drink a lot when I was younger but I don’t regret it.” That way of life came to a natural end when Jason’s daughter was born. “I met a girl and our child came along. I wasn’t a young man, I was 27 but my partner was probably more mature than I was. Yet, I remember thinking my life was over at the time. You know though, it softened my cough, when I look back on it, it was all meant to be because it calmed me down.”

Jason moved fast from living at home with disposable income, to moving out with a partner and a young baby. “I would never have been able to afford a mortgage, and I wasn’t qualified for social housing. There is a whole cohort of people I see in that position – I was one of them and we ended up in affordable house in Killure Manor.” 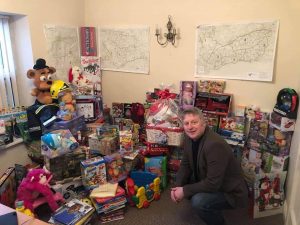 Jason lives with his 16-year-old son in Larchville and has reached a stage of his life where his relationship with his two children is the most important thing.

“I often think that when people talk about global warming, mental health and other such issues that we might be missing something. On a global level, of course we need to do more but on a local level, you can do small things in your life that will make a real difference to you or someone else. You can help the world in your own way. You might not be talking to your sister, you might have someone you fell out with, you might have a child you never bothered with all your life. Pick up the phone and talk to them. Make that change within yourself.”

Jason refers to the strength of the relationship between his father and his late mother. “My Dad drank a lot and it wasn’t easy for my Mother but in the Mater Hospital when she was having all these operations towards the end of her life, he was at her side every single day. That’s love, it must be. After those first six or so weeks of excitement, something more durable just has to be there.”

At the end of our conversation, Jason referred to the well-known Serenity prayer, “God, grant me the serenity to accept the things I cannot change, courage to change the things I can, And wisdom to know the difference.”

His intensity of character and the articulate manner with which he spoke to me was a surprise under the loud laughter and the smile which always threatens to break out. “Happiness doesn’t define who you are” is his lingering comment as he walks away with a broad smile and a wave, leaving a marked impression on the room and an almost visible trail of brightness on his path out.

Surge in demand for Meals on Wheels