Dr Mark Rowe: social cohesion will help us through this pandemic

“IRISH people have a very, very resilient gene,” according to Doctor Mark Rowe. Speaking to the Waterford News & Star about the Covid-19 pandemic, Dr Rowe continued: “I think we’re quite stoical and I’ve seen great evidence of people rallying together over the past week. For example, a very thoughtful patient of ours sent us in a box of smoothies last Wednesday morning, a kind gesture which we really appreciated. But there’s been so much anecdotal evidence of people pulling together, which is really great for social cohesion and for building up our community because we’re going to need a lot of that in the months ahead.”

Since Monday of last week, Dr Rowe and his colleagues at the Waterford Health Park on the Slievekeale Road have been arranging testing “so we’re now getting a lot of calls from people who have (Covid-19) symptoms or who have been in contact with people who have symptoms or may have cases so we’re now really busy triaging people into deciding does somebody need a test or not because not everybody with a temperature will necessarily need a test; you need to talk to your doctor to figure whether you do or you don’t so that’s the first thing. In terms of ourselves here at the Health Park, we’ve now got a triage system in place – we’re all manning the phones – we then have a doctor gowned up to see any of our patients if we decide that they need to see a doctor. And then of course we have the other medical issues which we have to deal with because the wheel of life still turns and we’re trying to manage all of those other issues as best we can.”

Dr Rowe continued: “This is very much an evolving situation and it’s really extraordinary to think now how the world has changed in the last couple of months. I remember reading about coronavirus on Twitter just after Christmas, in my ignorance, to be honest. I really didn’t think it was ever going to come here and that’s being truthful – and it was only when it was first reported in Italy that I started thinking it was going to make its way to Ireland. It’s here now and it’s going to present us all with very, very significant challenges.”

In terms of those contacting General Practices in relation to demonstrating potential Covid-19 symptoms, Mark Rowe feels the general public has proven, by and large, very responsible in its approach to the coronavirus.

“The big message that went out over the initial few days of this, and it’s likely to continue for the foreseeable future, had been about social distancing – or physical distancing as the World Health Organisation (WHO) emphasised over the weekend – and it’s massively important for people to observe such distancing. Extreme physical distancing can really make a massive difference…the pattern in other countries about this has pretty much gone as follows: the doctors start to take it seriously, there’s an initial scepticism with a certain element of the public. That’s followed by disbelief and a sense that what’s been done is over the top. But then the first few cases are reported, the notion is presented by some that this thing is under control but then ‘bang’, it’s like an explosion going off in terms of the number of cases and the number of people needing treatment.”

Dr Rowe suggested that the mortality rate of Covid-19 may not necessarily prove its single biggest issue. “It’s worth remembering, for one thing, that none of us know what’s going to happen to any of us tomorrow, for example. The morbidity rate, that is, the number of people who will end up going to hospital, needing a drip, or, sadly, intensive care treatment is very, very high – and at the moment, that’s been estimated at 20 per cent. It’s mainly people over 60 who are at the highest risk but for people aged 50 who get the virus, there’s a 1.3 per cent death rate with it and younger people can get it as well – two in a thousand (with Covid-19) are teenagers.”

The virus itself was described as “extremely sticky” by Dr Rowe. “It sticks onto smooth surfaces, it sticks onto your hands, it stays there and this is one of the reasons it is so infectious. But soap and water breaks down the bonds in the virus and dissolves it away, In the old days, as in when we were children or when our parents were children, when we went into a hospital, you’d smell the cleanliness of the place going in there. When the nuns were running our hospitals, people were down on their knees scrubbing the hospital floors – that isn’t there anymore for whatever reason. The old-fashioned basic methods, like washing your hands – maybe we’ve forgotten just how important things like that are – we need to get back to basics. I read somewhere that if you and I shook hands, you could give me over a hundred million germs, which is extraordinary. But because we can’t see these things, it’s hard to understand that they’re there.”

He commented: “A different future certainly lies ahead on many fronts but we can all adapt. That’s the great thing about humanity, we’ve learned to adapt through the generations. We got through the Famine, we got through so much other suffering in this country and we’ll get through this and whenever we come out of this, be it four weeks or four months’ time, we’ll be a stronger community for it, we’ll rebuild and we’ll get back on track again, no doubt about it.”

While it appears that most people are abiding by the physical distancing principles, the scenes of the past two weekends in Tramore have angered many of those who stayed away from some of Waterford’s traditionally busier spots.

“What’s happened up to now is gone,” he said. “We could expend a lot of energy talking about what we should have done last week and so on but it’s too late for that now. What matters now is what people do today and what people do tomorrow and the day after and the day after that. We need people to observe what the medical experts tell them over the next few weeks and months. The best hope we all have of in terms of getting out of this as quickly as possible  and remaining in good health – and I mean that in a psychological and emotional sense as well as medical – for our families and our communities is that all of us play our part by taking on board what the medical experts are telling us. We all now have a duty to listen.”

As for how we can best cope and adapt to the challenge that is likely to lie ahead for quite some time, Dr Rowe invoked the Dalai Lama’s call for each of us to devote time “to be of service to others”. He said: “We can all do something, be it volunteering your time or reaching out to see how a neighbour is, doing things that make you feel better in yourself, by being less self-absorbed and more other-centred, that can help a lot.”

To anyone who suspects they may have Covid-19, Mark Rowe said: “Contact your doctor. He or she will be delighted to ring you back and give your appropriate advice and signpost you for testing if that’s needed. We all need to work on the assumption that everyone has it – it’s the best way to proceed because if you have that in mind, then you will observe physical distancing, you won’t shake hands, you’ll wash your hands thoroughly and you’ll just be more mindful and more careful.” 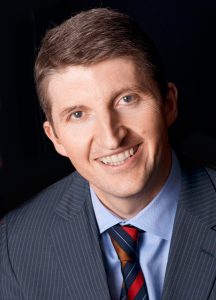