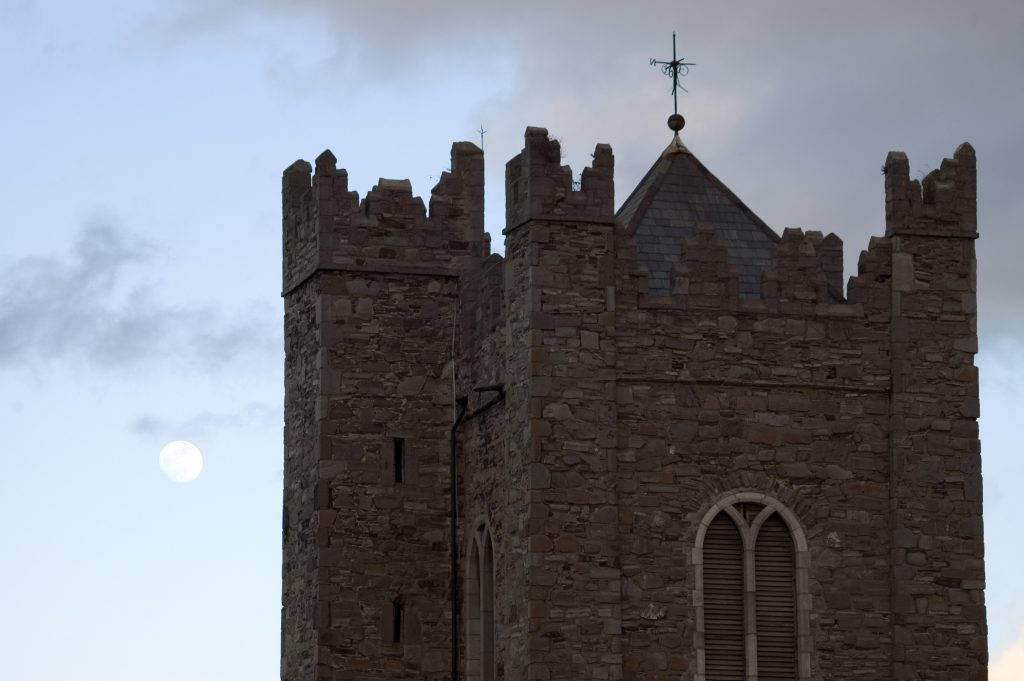 PROFESSOR James Mackey, a native of Dungarvan and a former priest of the diocese of Waterford and Lismore, died just a few weeks ago. An obituary to mark his passing was published in this paper. He taught in St John’s College, Waterford, and in Queen’s University in Belfast. He was Professor of Systematic and Philosophical Theology at the University of San Francisco.  He served there from 1973 until his appointment to the Thomas Chalmers Chair of Theology in the University of Edinburgh in 1979. He retired in 1999 to reside with his wife Noelle in Glenville in Waterford city. As he was arguably the greatest theologian to emerge from Waterford since Luke Wadding in the 17th century, I think it is important to honour locally his brilliant contribution to theological scholarship.

Jim published over 27 books, all of which were highly acclaimed in academia. Even though his scholarship, his research, his erudition were internationally acclaimed, he always had a genuine pastoral and practical intent. He was determined to show how the Christian faith continues to be profoundly significant in the lives of people and how it can withstand scrutiny by science and philosophy.

‘There are moments when the sheer, simple wonder of being alive comes home to us. Ironically this comes home to us more forcibly and probably most frequently when life is threatened by some danger, when it seems most fragile, and like most fragile things, most precious.’

I would like to reflect briefly on Jim’s efforts to ‘translate’ or perhaps interpret key Christian doctrines to make them intelligible and relevant to a post-modern society which is highly sceptical of religion and its beliefs.

Doctrines such as the Resurrection, the Divinity of Jesus ,The Real Presence and even faith itself are dismissed as quasi-magical or myth in the most pejorative sense of that word, that is, as something which many people believe but is basically untrue. In one of his seminal works “Jesus, the Man and the Myth”, Mackey retrieves the rich meaning of myth as symbol and narrative, used to articulate a fundamental truth about life. We are not meant to take it literally. The story of Adam and Eve is perhaps the most popular and well known myth in the Christian tradition. Its literal interpretation has bedevilled Christianity right up to the present day.

In his efforts to ‘demythologise’ the Christian faith, he is highly critical of any attempt to separate faith and life, grace and nature, spirit and body. He is emphatic that our primary access to God is through our experience of life. Take for example his understanding of faith.

Faith, he claims, is our response to the sheer wonder of our being, our lives here. “There are moments,” he says, “when the sheer, simple wonder of being alive comes home to us. Ironically this comes home to us more forcibly and probably most frequently when life is threatened by some danger, when it seems most fragile, and like most fragile things, most precious.” (This certainly echoes my own response to the coronavirus pandemic.)

Mackey claims it is at such moments that we can acknowledge God as the creative source of all that is. That is the primary faith response, a fundamental trust in the goodness and giftedness of life.

“We shall simply record the fact that our own lives and the existence, the precarious, miraculous existence of people and things around us, is God’s initiative.”

In his very influential work, “Jesus: The Man and the Myth”, Mackey (emphasising the fact that Jesus is truly human) claims that Jesus is the one who exemplifies this faith response. He is the man of faith par excellence, faith in the God he calls Father, and all of life as gift from the loving Father. As one who knows his own life to be gift, he is able to accept all others as gift, be they “whores, racketeers or native power seekers”. Jesus’ appreciative acceptance of them graces them and it inspires them to appreciate themselves and others in turn.

The gospel is replete with stories of how people’s lives were transformed after the encounter with Jesus. Jesus’ witness to this faith and his putting it into practice by reaching out to the most vulnerable was contagious and inspired others to follow him.

The resurrection narratives, replete with stories of the appearances of the risen Christ, are symbolic or mythic stories according to Mackey; their intent is to communicate the profound truth that Christ has risen and is a power or Spirit in people’s lives, “enabling (disciples) to overcome destructive forces of evil and enhancing their lives with faith and love and a hope that defies death.” As followers of Jesus, they feel called to be actively gracious to others, to feed the hungry, care for the destitute, house the homeless and counteract climate change.

Such faith in the risen Christ is ritualised in a powerful way in the Eucharist. The celebration of the Eucharistic meal is the sacrament and ritual par excellence in which disciples break bread in thankfulness with Jesus, symbolic of our shared life with one another; and by sharing in the one the cup of wine, signifying our willingness to pour out our very lives for others; “all the while in memory of Jesus own actions and words and in this way having his Spirit mould us into his body and blood.” This is the essence of the doctrine of the Real Presence, brilliantly retrieved by Mackey. He is trenchantly critical of the Church that failed to keep alive the radical memory of Jesus present in the Eucharist.

He goes much further and claims the Church as currently structured is not totally faithful to the living memory of Jesus of Nazareth. Church governance modelled on structures of imperial Rome and constituted by a hierarchical and cultic model of priesthood is not faithful to the servant leadership modelled by Jesus himself. The infidelity to its founder is exacerbated by the refusal to ordain women. Professor Mackey maintains it is a falsehood to claim that Jesus excluded women for all time from the hierarchical priesthood.

He is also trenchant in his criticism of the way the Magisterium of the Church abrogates to itself authority in moral issues but without adequate justification for its teaching. He cites in particular the teaching on contraception. He states that “this false teaching did more than any other single event in recent times to cause unnecessary suffering in the lives of the minority of Catholic married couples who felt they had to obey it.” He also argues cogently that we cannot simply quote the bible to uphold a position on any moral issue.

A man of courage and integrity, he was truly an inspirational and prophetic figure for his students and for many who in the Church struggle with faith today.