‘We need to lock down now’ 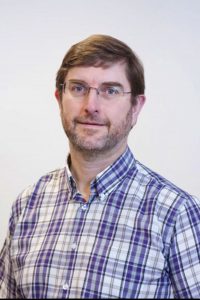 A Waterford born professor, who is working on a Covid-19 treatment in Queen’s University, says that a total lock down is the only way to curb the spread of the virus. Darren Skelton reports

A FORMER Mount Sion pupil and Kingsmeadow resident is leading up a study in Queen’s University Belfast that will hopefully find a treatment for Covid-19.

Prof Ultan Power, a Professor of Molecular Virology at the Wellcome-Wolfson Institute for Experimental Medicine at Queen’s, is head of a research team that has just been awarded a grant of almost £300k from the British Government, for this most vital cause. The internationally eminent virologist whose long-spanning career has primarily focused on respiratory syncytial virus (RSV) (the leading cause of severe bronchiolitis in young infants) spoke to the Waterford News & Star about the research, and also how he believes that Ireland is not doing enough to curb the spread of Covid-19.

“What we’re doing right now is taking in the region of 1,000 drugs that are already FDA approved for other issues, and screening them against the coronavirus to see if, firstly, they are capable of killing the virus or preventing it from replicating and also if they can stop the inflammatory response that happens once the virus infects the body,” Prof Power said. “Most of the damage done by Covid-19 is the immune response to the infection, which goes into overdrive, causing a tremendous amount of damage to the lungs initially, then to other organs in the body. Our goal is to find either single drugs or a combination of them that will kill the virus and reverse the inflammatory response which is causing so much damage.”

Prof Power, a graduate of UCC, has been working on respiratory viruses for close to 30 years and says that the uniqueness of their research is down to a technique of taking human tissue samples from the airways and growing them in a lab so they look and behave like they were in a human body.

“This means that when we infect the virus on them, it responds as it actually would in a proper infection,” Prof Power said.

Prof Power believes that Ireland and the UK are currently at the “very early stages of the outbreak”.

“I can’t over emphasise how important it is that everybody just stays at home,” he said sternly. “It’s a very simple equation. The virus is totally dependent on other people in order to propagate. If the virus never gets to see other people, it can’t spread. This is why it’s so vital for people to stay at home, away from public places. This is extremely urgent.”

Prof Power said that he was struggling to understand why so many people weren’t taking the disease as seriously as they should.

“The incubation period of this virus is about two weeks, which means that if everyone was in lockdown at home for those two weeks – allowing for essential necessities – it could be contained.,” Prof Power explained.

“Anyone who is exposed to the virus today will develop symptoms within that two week period. If they contact the authorities, contact tracing can commence, allowing for other individuals to be isolated as well. The big concern I have at the moment are the people, which research suggests could be up to 60%, who either have no symptoms or just mild ones and are walking around, not realising that they are passing the virus around. If those people just stayed at home for that two week period, the immune system would kick in and wipe the virus out. This is why self isolating for that two weeks, and then up to another 3-4 weeks just to be sure, is so important. Doing this will have a huge impact in stopping the spread of the virus.”

Prof Power said that many of the transmissions are happening in homes, because of a “decreased emphasis on personal hygiene”.

“What’s happening is that people are taking huge precautions when they go outdoors…they’re washing hands, monitoring their personal hygiene etc,” he said. “However, when they’re at home, all those safe practises – covering your mouth when coughing and the like – reduce in their intensity, meaning that once you’re home, your nearest and dearest are most likely to pick up the infection.”

Prof Power added that it was impossible to say how long the pandemic was going to last, but said that if we don’t lock down now, it will rumble on for ages and ages “until everyone in the community has been exposed to the virus and has either died or recovered with immunity”.

“That’s the reality of the situation,” he said. “The people who are walking around well, may still be infected and passing the virus on to others. Unfortunately, people are just not getting it. ‘I’m fine, so I don’t need to worry’ – this attitude is lethal because it’s looking like so many people are showing none to very mild symptoms before they’re passing the virus on. It’s an absolute disaster waiting to happen and if people don’t stay at home now – and I mean everybody, not just those that are unwell, we won’t be able to break the cycle of transmission.”

Prof Power said that he couldn’t understand how factories and building sites were still open.

“Every person, business and multi-national company has an absolute obligation to close down everything right now,” he said. “They’re putting their lives and the lives of others in danger as well as maintaining the transmission of the virus for a long time to come. Cop on and close down.”