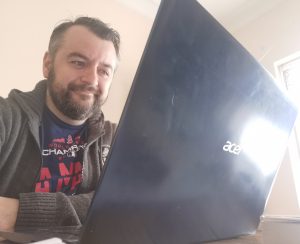 Tuesday, March 24, 8am: It’s time to face another day in the home trench. I pull open the bedroom curtains, open the window, make my bed and tune into ‘Morning Ireland’. Routine has never been more important for any of us than it is right now. Clearing off the draining board before bed knowing I’ll face into a clean kitchen makes the opening minutes of a new day altogether more tolerable. Buddy (the smaller of our two dogs) excitedly bounces against the kitchen door every morning upon my downstairs approach. I bring Buddy and Zippy out for their (and my) morning walk and there’s hardly a soul to be seen. Traffic is unsurprisingly light. I can’t help thinking about all those poor Londoners sardined into Underground trains this morning. The tardy approach adopted by the British Government is undoubtedly going to cost people their lives. With that appalling prospect in mind, the peace provided by the Williamstown morning has never been more welcome. 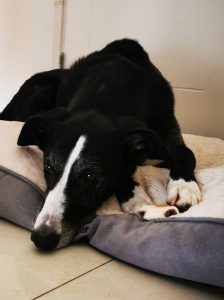 10.15am: I make as quick a stop at Ardkeen Stores as I can. I buy some peel and seal envelopes having initially erred in buying the old fashioned, ‘lick to close’ types. Now is not the time for me to (for all I know, let’s face it) potentially transmit anything to either An Post staff or the recipient of the first handwritten letter I’ve composed in almost two years. Incidentally, the handwritten letter was a special request on behalf of a loved one I can’t see at the moment. There’ll be plenty more of them to follow, I suspect. The letter is posted and I head for home. By the way, the shop, post office and pharmacy were all very calm. People are being very mindful of the physical distancing guidelines, which puts everyone within eyeshot at their ease.

1:15pm: Having filed and posted my previous day’s diary entry while also making a start on a few other pieces, I step out into the garden for some air and see all the jobs I know will keep me busy during the many quieter days that lie ahead. There’s a dog house to break up, a shed and fence to varnish and a path to dig out between the deck and the shed. In all likelihood, there’ll be a raised bed out here in time too. The ‘to do’ list is worth making. This public health emergency is going to make gardeners out of the lot of us. We’re also watching ‘Frasier’ from scratch via the RTE Player. For me, it’s the greatest American TV comedy of the lot. On the point writing and superbly acted. 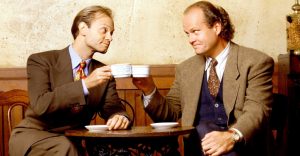 We’re re-watching ‘Frasier’ from scratch. It remains a comedy gem.

4pm: I return to the sitting room and switch on the television to see Leo Varadkar and his ministers, along with Chief Medical Officer Tony Holohan, bring us up to speed in an attempt to ease the nerves of employers, employees as well as the general public. Most people, I would speculate, believe our chief decision makers are doing their best in what is the most problematic window of time in living memory. Are they going to get everything completely right throughout this process? Probably not given how much well-intended shooting in the dark has been forced upon every sector of society. But anyone suggesting that they’re not acting in the wider public interest should just stick to sounding off on their Facebook page echo chamber.

6:45pm: Having posted my interview with Martin Dwyer (the Deise-born restaurateur now based in South Western France with wife Síle), I make for the Portlaw homestead to tend to the Labradors, while also filling up the three bird feeders in the back garden. Despite a winter with precious little frost, the birds are clearly grateful for the continued outlay of nuts and sunflower seeds which they are polishing off every two days. I’m grateful for the bird feeding distraction, the pleasure of dog walking and the calm of the place where it all began for me. While neighbouring Curraghmore Estate is closed to the public due to Covid-19, another Curraghmore institution springs to mind as I happily take in the late blooming daffodils on our roadside lawn. My Grandad Jimmy sowed those bulbs 35 or so years ago. “We have daffodils when no-one else has them,” my Dad proudly enthused every Spring. Their renewal is proof positive that we will get through this. I’m back in Williamstown just after 8pm. 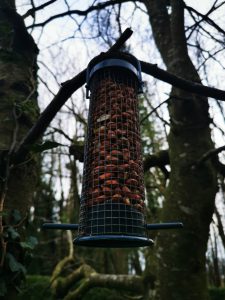 The birds at home are gobbling up the feed we leave out at a much greater rate than previous Springs. 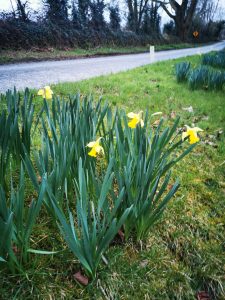 My Grandad Keyes’s daffodils are only just emerging at home.

11:30pm: I’m sat before my laptop again, having shaken off the slumber which will force me to re-watch the opening episode of ‘The Mandalorian’ on Disney Plus (€6.99 a month? Thank you very much). Writing before bed has also become part of the new routine. I’d retrieved a memoir about Ernest Hemingway from a box in the shed back home, ‘Papa’ by A.E. Hotchner and I soon happen upon a Q&A session the celebrated and complicated author gave on writing to school pupils.

When asked how long he usually wrote for, Hemingway replied: “No more than six hours. After that you’re too pooped and the quality goes. When I’m working on a book I try to write every day except Sunday. I don’t work on Sunday. It’s very bad luck to work on a Sunday. Sometimes I do but it’s bad luck just the same.” So there you have it: Hemingway would never have handled a Senior Hurling Championship double header at Walsh Park. It may well be the only way I’ll ever lord it over the man who gave us ‘The Old Man And The Sea’ but right now, I’ll take any imaginary victory I can muster. Zippy and Buddy need walking as my anti-social strolling tour continues. I never thought being a nighthawk would prove so beneficial. 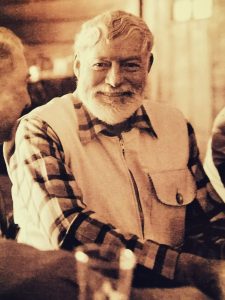 The esteemed Ernest Hemingway would never have cut it as a Gaelic Games reporter.