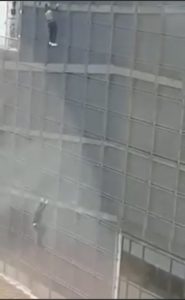 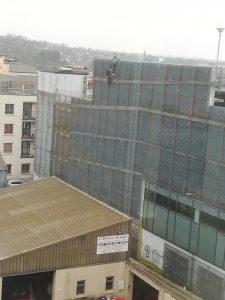 A MAN is in a serious condition in University Hospital Waterford after he fell over 30 feet from the side of a high rise car park, after what eye-witnesses described as a “race to the top of the building after an alcohol fuelled binge”.

Waterford Fire Service, with the assistance of Waterford Gardaí and Waterford Ambulance Service, attended the scene, at The Glen in the city at approximately 1pm on Wednesday afternoon (March 25).

Speaking to the Waterford News & Star, Eye-witnesses said that the men had been “drinking heavily” in an alleyway at the side of an ALDI store, which is on the ground floor of the building.

“They looked like they were racing each other up the building, but they were clearly out of their minds,” the witness said. “One of them fell from a serious height as he was trying to come back down and look in a very bad way with a lot of cuts and breaks.”

The man was taken by ambulance to UHW and his condition is not yet known, while the other man was arrested by Waterford Gardaí. Both are understood to be foreign nationals. 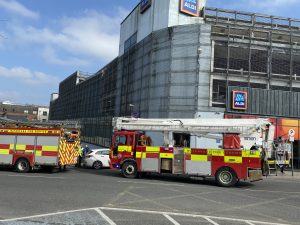