‘We have the best game in the world, let’s protect it’ 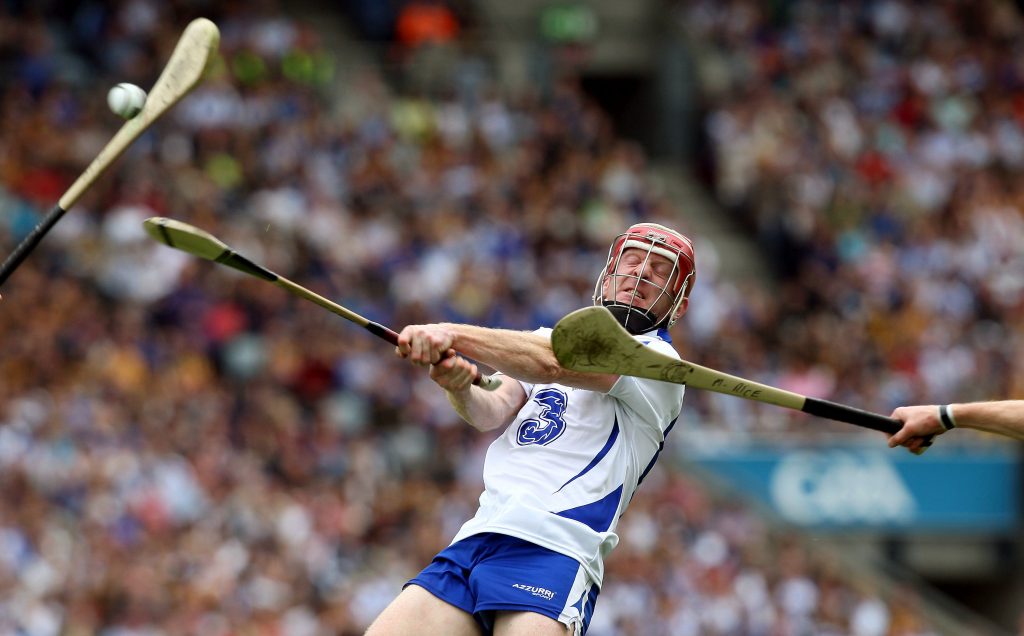 Paul is in no doubt that hurling is the best and most unique sport in the world but he think it badly needs protection. Applying the rules that are in the rule book would be a good start in his view. Here, John Mullane, in action against Kilkenny in Croke Park in 2011. Photo: Inpho.

With the scheduled league quarter final against Kilkenny cancelled indefinitely one would have to think that the resumption of the NHL for 2020 is quite unlikely.
With the GAA imposing a complete ban on training it’s really hard to know when we will see our county stars back in action. The main thing is obviously the health and well being of everyone as we try to combat the effects of Covid-19 in our society, so it’s its only proper that teams can’t meet up collectively for training.

WORRIED HURLING FANS
The game of hurling isn’t really in a crisis state but is it evolving in a fashion that has some serious hurling fans in a worried state as to the values we now see from the inter-county game all the way down to all club levels. It leads us to ask the question, has hurling got long term sustainability? It’s such a unique game with a small enough base population to survive. It’s primarily a skill-based game with an element of physically but the worrying thing that is now more than a trend is that the framework of rules is just not being applied. The focus now on size and strength can be seen in the make up of many inter county teams and it’s now really seen as a prerequisite in the selection process. This trend is especially prevalent at minor level where in the recent past skill seems to be the least required asset to making the squad. Having a powerful gym-constructed physique is the biggest danger to the growth and development of hurling within schools and clubs. The balance between skill and physique is the holy grail for any young hurler, but if the strength and conditioning model is allowed to go unchecked, as it currently is, we will be watching the Army and the Navy in the finals, and hurling as a spectacle will become greatly diminished and the public will turn off as well as many young potential hurlers.

REFS RELUCTANT TO APPLY THE RULES
The tackling illegality and permissive style of refereeing is now nearly being taken for granted. Top referees seem very reluctant to apply the rules. The style of referring now is actually playing into the hands of the physical player. Consider the player in possession. He now has to break a tackle or a ‘hit’ as the coaching staff now call them in order the play the ball, very important playing rules are being simply ignored. The All-Ireland final of 2017 was the prime example and the application has even deteriorated since then. In the RTE programme on the game itself we were treated to a behind the scenes look from the viewpoint of the official. He was advised by a Croke Park official to enforce the rules, but his display varied from officiousness at stages to being a spectator at times and this style suited nicely the biggest hurling team I’ve ever seen in Galway. So whose rule book did he apply on that occasion? It certainly wasn’t the GAA’s, but rather than correct the errors that happened on the day the plaudits came his way from interested parties.
If he had applied the rules would the game have been stop start? The feeling now is that An All-Ireland final can’t be anything other than a free flowing spectacle with no interruptions, let it flow. A large number of refs tend to penalise the player in possession being fouled rather than the illegal tackler, sound familiar? The hunting in packs pressure game employed by the Ulster football brigade has been adopted into hurling.

HAND PASSING BUGBEAR
Illegal hand passing is a favourite bugbear of mine and hand passing in hurling now in the main is nearly all illegal. It’s mostly throwing in fact, with little or now clear striking action it has become an endemic and is a real threat to the integrity of the game. A serious directive to refs has to be issued but with teams playing a possession based running game the managers don’t want the county boards to bring it up anywhere to draw attention to it. If allowed to continues it is it will destroy hurling the same way that the hand pass has become a cancer in Gaelic football.

13 STEPS AND NO WHISTLE
When I was a lad playing under age hurling for Ballygunner the rule was three steps when is possession. At some stage in the mid 80s the GAA changed the rule to four, this was a measure for Gaelic Football, why I’m not sure. But the current status of the rule is four steps but players can expect not to be penalised when taking up to seven or eight steps. Take the goal in Thurles that Seamus Harnedy scored against Waterford in 2018, thirteen steps was the count and no foul called, that’s just one example that springs to mind. Allowing the players so many steps in possession encourages a running possession style game and its nearly impossible to defend against as the defender has no clue as to how far the opponent is going to run with the ball in hand again leading back to having big powerful gym hyped players. The smaller skill-full player has little or no chance in combat when the rules are not being applied.

A LOAD OF BALLS
In conclusion the issue with the modern ball you would think is a fairly straight forward one. The rules book allows for a ball to between 110 to 120 grams but does anybody actually know what it weighs? Pat Daly in Croke Park has worked tirelessly on trying to standardise the match ball. The distance it travels really needs to be reduced by 25% or so to bring some of the brilliant skills back into the game, but with the some of the manufacturers reluctant to produce such a ball it seems that points from 120 yards are here to stay.
The imbalance in the ball seemed to slip into the game incrementally through the years but I remember the day in 2003 we played Limerick in the Munster Championship the same day the Fire Chief kept the RTE cameras out of Semple Stadium. The ball that day was the first edition of the rubber PU core, and if memory serves me correctly a ball bounced over the Limerick crossbar after landing on the edge of the square, Dave Bennett was the scorer of such an odd point at the level of hurling.

TIME FOR CHANGE
The need for change is self-evident, in the application and consistency of the rules. Only two weeks back the first of the rumblings really surfaced on Twitter with the fans left so frustrated at the action they saw between Cork and Limerick and the night before when thirteen yellow cards and two reds were produced to the players of Dublin and Wexford. We have a special and unique game that needs protection and some good direction to save its values for future generations. The elite game is all that seems to be on the agenda in Head Office but it’s the grassroots of hurling that need the direction and assistance. We could start by applying the rules of the game to be fair to all players. The pressure the club ref comes under from all the amateur officials who at times are even encroaching on the playing pitch is not an easy job and that is a conversation for another day. Rugby has had its era of the big lads running into each other phase after phase and with the All Blacks reverting back to speed in their team and hopefully we learn from that example and leave room in hurling for the skill based player, we have the best game in the world lets protect it.