Ballygunner on course to rewrite the record books 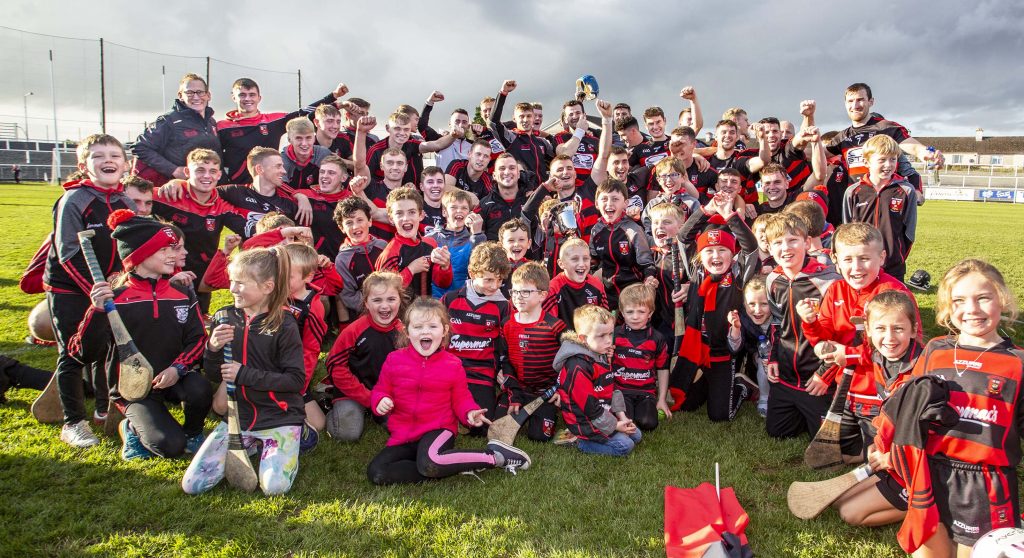 When the present Pandemic passes, as it surely must, and sporting activities are resumed individuals and teams will take up where they left off in the pursuit of the goals they set themselves at the start of the year.
On the GAA front we may yet see major changes to the championship formats but the objectives of securing success for club or county will remain constant.
As we come to the end of the second decade of the 21st century and face into a new ‘roaring twenties’ the big talking point in Waterford club hurling is Ballygunner’s dominance, not just at senior level but underage, having won the last three minor championships and captured all of the premier underage titles from U-12 upwards last year.
This year will see Ballygunner’s bid for a seventh successive title continuing, the securing of which would see them just two short of equalling the record, jointly held by Erins Own and Mount Sion, of nine successive senior titles, an achievement that few believed possible in the modern era.
The Erins Own club was formed in 1924 and reached the county final for the first time a year later, losing to Lismore in the final. In 1926 they beat Lismore in the county semi-final but lost the game on an objection with Lismore going on to lose their title to Dungarvan in the final. A year later Erins Own won the title and went on to retain it each year up to 1936.

ERINS OWN AND SION DOMINATE
Mount Sion had been founded in the school in 1932 and having won the minor titles of 1933 and ’34 they captured the Junior title in 1935 and so entered the senior championship the following year. In the opening round, under the leadership of a youthful John Keane, they ended Erins Own’s grip on the county title and went on to face Tallow in the final, winning by four points. It transpired, however, that one of their players had played championship hurling in Wexford when working there and Tallow were awarded the title on an objection.
Between 1953 and 1962 Mount Sion dominated the scene in Waterford hurling, winning all nine senior titles. It was Erins Own who came closest to knocking them off their pedestal when running their longstanding rivals to a single point in the 1959 final which, because of Waterford’s involvement in the All-Ireland final and replay of that year, was not played until February 1960.
The following two years saw the same teams contesting the finals with Mount Sion winning with something to spare in 1960 but a year later Erins Own put in a huge effort with the club’s record in danger of being equalled and took the champions to a replay having missed a late free, the scoring of which would have given them the victory. In the replay Mount Sion made no mistake and came through comfortably.
One year later, with Mount Sion set to take a tenth title in a row, Erins Own came good. When the drawn game ended at 3-6 each it seemed that Erins Own had, once again, missed their chance to stop their traditional rivals’ march to a new record, but not this time. The replay was a totally different story with Erins Own turning in a tremendous performance to score a fully deserved 5-7 to 1-4 victory.
That proved to be Erins Own’s last senior title victory but it preserved their position as joint holders of the record number of successive senior hurling championship victories.

BAALYGUNNER EMERGE
Mount Sion went on to win the following three titles before Ballygunner, having suffered two earlier final defeats, made the breakthrough in defeating the champions in 1966 and following up with victories in ’67 and ’68. From that point on only Ballygunner managed to take three further titles in succession up to the end of the century with the club’s resurgence in the nineties delivering the title in ’95, ’96 and ’97.
The new century and the noughties saw Mount Sion take three in a row from 2002 to 2004 but thereafter no club succeeded in defending the title though De La Salle, with three titles in five years, Ballyduff Upper and Passage succeeded in breaking the thirteen year run of Mount Sion and Ballygunner successes.
Since losing the 2012 semi-final and the 2013 final to De La Salle and Passage respectively Ballygunner have swept all before them in the county to take the last six titles in convincing fashion. They are now within striking distance of the old records and are every bit as dominant as were their predecessors on their record making runs. The defending champions will again be short priced favourites to retain their title whenever the time comes and regardless of what format it is played under.
Erins Own suffered three final defeats before stopping Mount Sion’s bid to break their record. Mount Sion, having now gone thirteen years since their last senior title, which was won at Ballygunner’s expense, will be hoping to do what Erins Own did but may also have to wait that few years more to have a chance of doing it. Meanwhile there are others waiting in the wings with their own ambitions.