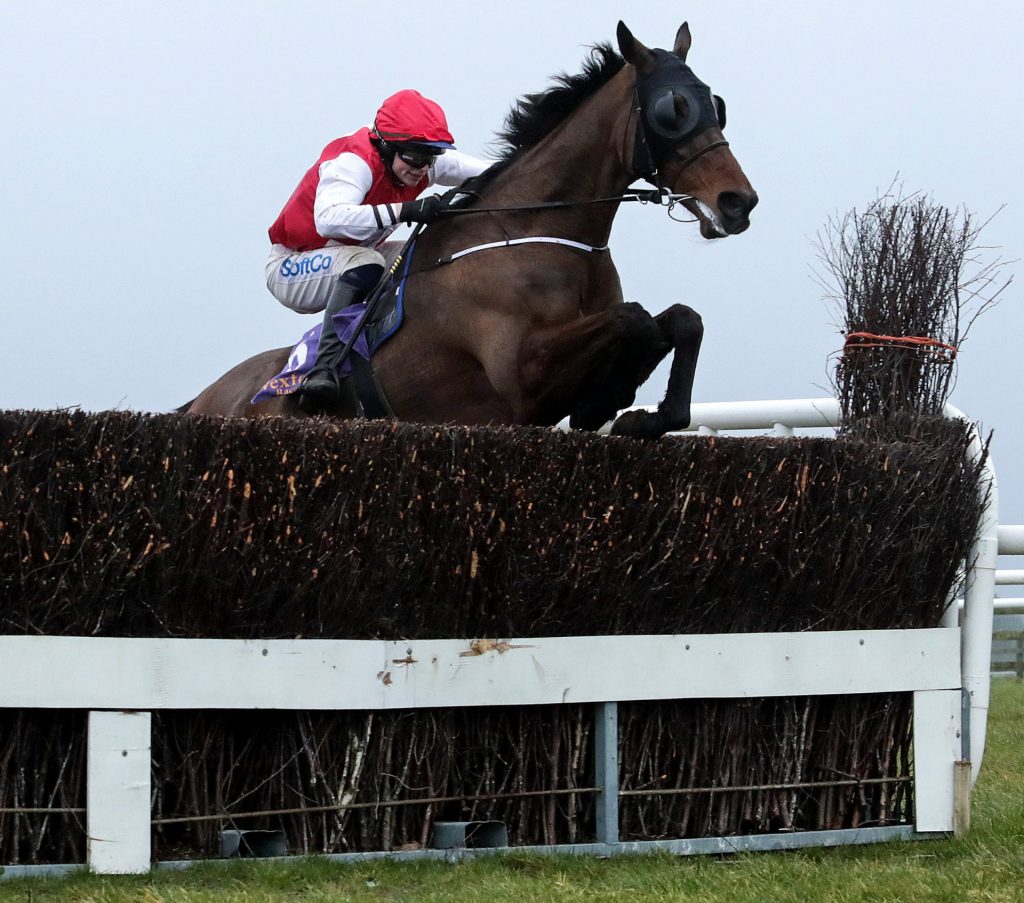 Injured Trainer
UK trainer Nicky Richards was unseated from a horse on his gallops and ended up in hospital with five broken ribs and a chipped shoulder. Gavin Ryan was unseated at Dundalk last Friday and fractured l2 vertebrae and faces a lengthy spell on the side lines. Gavin is attached to the Donnacha O’Brien yard.

A Five Timer For Harold
Bloodstock agent Harold Kirk who buys a lot of horses for clients of trainer Willie Mullins purchased five horses that proved successful at the Cheltenham festival. They were Monkfish, Ferny Hollow, Al Boum Photo, Burning Victory and Min.

Sean Returns To Ireland
Sean Davis, runner-up to Cieren Fallon in last year’s apprentice title race, has returned home to Ireland temporarily to try and keep the winners coming after riding out his claim last year. With racing closed down in Britain until May at the earliest, Davis has made the decision to decamp from Richard Fahey’s base in Yorkshire and put himself into isolation for two weeks before looking for rides at the Curragh at the end of the month.
Davis, 21, said: “I decided to take a chance with racing on in Ireland as I have spent the last couple of months getting fit for the season so it was a bit of a blow when racing stopped, although there are bigger problems in the world.”I will be looking to get riding out and getting rides but if things changed in Britain I would be straight back.”
Kevin O’Ryan, his agent in Ireland, is spreading the word and Davis rode winners for Ger Lyons and Gavin Cromwell among others before moving to Britain. The Coronavirus crisis has thwarted Davis from trying to make an immediate impression at the start of the turf season.”Richard had plenty lined up for the Doncaster meeting, a few in the Lincoln and I might have ridden Crownthorpe as I got on well with him [won three races together] last year. He would have been a good ride with the ground coming up soft which he likes.
“I am fresh out of my claim so was hoping to keep my good run going on the grass, riding for plenty of trainers.”Davis has ridden six winners already this year to go with 56 after taking the plunge to move to Britain and join Fahey.”Last year was brilliant – I came over just hoping to get going and didn’t expect it to go as well as it did and getting the support. Richard was brilliant,” added Davis.

Off The Cheltenham Menu
Having flopped in the Gold Cup the Paul Nicholls trained King George winner Clan Des Obeaux will avoid the UK home of national hunt racing concentrating on tracks such as Kempton and Punchestown.

Mark Six
Trainer Mark Fahey who sent out Well Set Up to score at Limerick has 6 horses in training. A mare Well Set Up could visit leading sire Getaway in the not too distant future.

Did You Know
Willie Mullins has yet to taste success in the Queen Mother Champion Chase.
Jockey Becky Smith who claims three pounds and who scored on Ladronne at Southwell also works as assistant trainer to Micky Hammond.
Rebecca Curtis who sent out Lisnagar Oscar to a surprise win in the Stayers Hurdle has 22 horses in her care.
Katie O Farrell (29) who worked for Willie Mullins is now attached to the Paul Nicholls yard.
Well known point trainer Warren Ewing is also a large-scale fish merchant in Belfast.
When Samcro obliged at Cheltenham it was Giggonstown Stud’s 100th Grade 1 winner.
One of the commentators on the Irish point circuit is Ger Hannon from County Clare but he is no relation to racecourse commentator Jerry Hannon who is from Listowel, Co Kerry.
Trainer Gerry Kelleher who sent out Macs Legend to win a Tramore hunter chase is a psychiatric night nurse.
Bernard O Neill (36) who has 10 winners to his name on the Irish pointing circuit is a commercial financial analyst for Gas Networks in Cork City.
Emma Lavelle the trainer of Paisley Park is president of the UK National Trainers Federation.
In a recent interview with the Racing Post jump jockey Henry Brooke said that 75% of fallers are beaten next time out and the fact that Champ scored at Cheltenham impressed him greatly.
ITV 4 covered five races from Thurles last Saturday.
Popular 14-year-old chaser Loose Chips has been retired. He won 11 of his 62 races with prize money of £180,000.
Paisley Park who flopped in the Stayers hurdle was found to have a heart irregularity but the matter righted itself in a couple of days. He will however wear a heart monitor for his next serious work out.

Late Withdrawal
At a recent Limerick fixture Kayf Thou was withdrawn on the day of racing and the explanation offered was that the owners sponsored rider was unavailable. The sponsored rider in question was Davy Russell who stood himself down earlier on the day due to soreness after winning the handicap hurdle on the Gordon Elliott trained Cherif De L’Isle.

Aintree Grand National Festival Cancelled
The UK Jockey Club announced that The Grand National Festival will not take place between Thursday 2 and Saturday 4 April this year. Following the UK Government’s new public health guidance regarding avoiding social contact and stopping non-essential travel, and its statement that emergency services are withdrawn from supporting mass gatherings from tomorrow, the Jockey Club has decided that it is no longer appropriate to stage the event.

Local Winners
Wexford – Fine Theatre was a well backed 9/2 winner of a veterans chase for Waterford resident Kay Browne.
Dundalk – Henry De Bromhead sent out 11/8 favourite Aerclub to a comfortable success his second such victory at the County Louth venue. The winner is likely to step up in grade next time out.

Point To Points Cancelled
In this very challenging and evolving environment, with increased numbers of Covid-19 cases reported, the Stewards of the Irish National Hunt Steeplechase Committee came to the difficult decision to call off all Point to Point meetings planned for last weekend.