FOR the first time in 23 years the delivery of truckloads of essential provisions and building equipment from a Waterford-based charity to Belarus had to be cancelled due to the Covid-19 pandemic.

Furthermore, up to 30 Belarusian children, who were due to make their anticipated trips to local host families, were left fiercely disappointed as it also had to be cancelled.

CEO of Chernobyl Aid Ireland, Liam Grant told the Waterford News & Star that the convoy of four trucks was due to make its journey in May to Grozovo Boarding School, a Psycho-Neurological home for 180 people, which is 120km outside Minsk.

The trucks have been loaded and are ready to go, but because of the seriousness of the situation, travel restrictions, and the vulnerability of those who they would be delivering the provisions to, Chernobyl Aid Ireland made the difficult decision to call a halt to their plans for the time being.

The former paramedic, who worked at WRH for 30 years, told the Waterford News & Star that the first of two annual trips to the Grozovo Boarding School has been in the making since September of last year, “We’ve been going twice a year to Chernobyl for the past 23 years. Up to 30 tradesmen who had volunteered to do work had already booked and paid for their flights. We are not talking big money as they booked Ryanair flights, but everyone paid their own airfare,” he said.

It was planned that the tradesmen were to finish off a large shower unit at a former army barracks, turned orphanage, which is now home to those with special needs. The trucks were packed with the necessary tools and building materials. Large quantities of salt were also required for a special hard water system, which was installed to extend the life of electric elements in the shower units. Good quality clothing and other items generously donated by people in Waterford and surrounding areas were also packed up in the truck.

Liam explained that the shipping for each truck costs €4,000 alone without adding in additional overheads. He fears that these costs may be difficult to meet in the future because of the inevitable downturn that is expected to come with the pandemic.

The materials and donated items have now been put in storage until such time as they can make the journey. Liam is hopeful that the pandemic will pass and the volunteers will be able to make a trip this September. They are under time constraints to get the shower unit finished before the harsh winter sets in.

In the meantime, Liam said the charity is eternally grateful for all the businesses that have sponsored them over the years. Most recently Chernobyl Aid Ireland collected a ride on lawnmower, sponsored by Husqvarna and Hanley’s of Ashford, which will be transported to Belarus to replace a clapped out mower.

Nine years after the Chernobyl nuclear disaster occurred, Chernobyl Aid Ireland first identified the former army barracks, which was then home to 200 orphans ranging in ages from six to 17. It was in a bad state of repair, and had no toilets or showers. “It was a hellhole that was transformed by the Irish people,” he said. Slowly but surely, it has been renovated with new PVC double glazed windows, dry-lined and insulated bedrooms, new kitchens and a fully functioning farm all directly funded by Irish people. Voluntary, ordinary working people have given up their time freely to help make a better life for the residents of Grozovo.

In the early days up to 10 trucks and over 100 tradesmen made the journey, but over the years the numbers naturally reduced as mainly maintenance work needed to be carried out. The children, who once resided in the orphanage, now live with foster families. However, the former army barracks is still home to 180 with special needs, who still need the public’s assistance.

What was initially a five-year plan turned into a 23 year commitment for the members and volunteers of Chernobyl Aid Ireland, as Liam admitted that they couldn’t walk away from those in need. Owing to this commitment and for dedicating his life to helping the people in Belarus, Liam was awarded one of the highest honours from the Belarussian Government, The Medal of Francysk Skaryna. 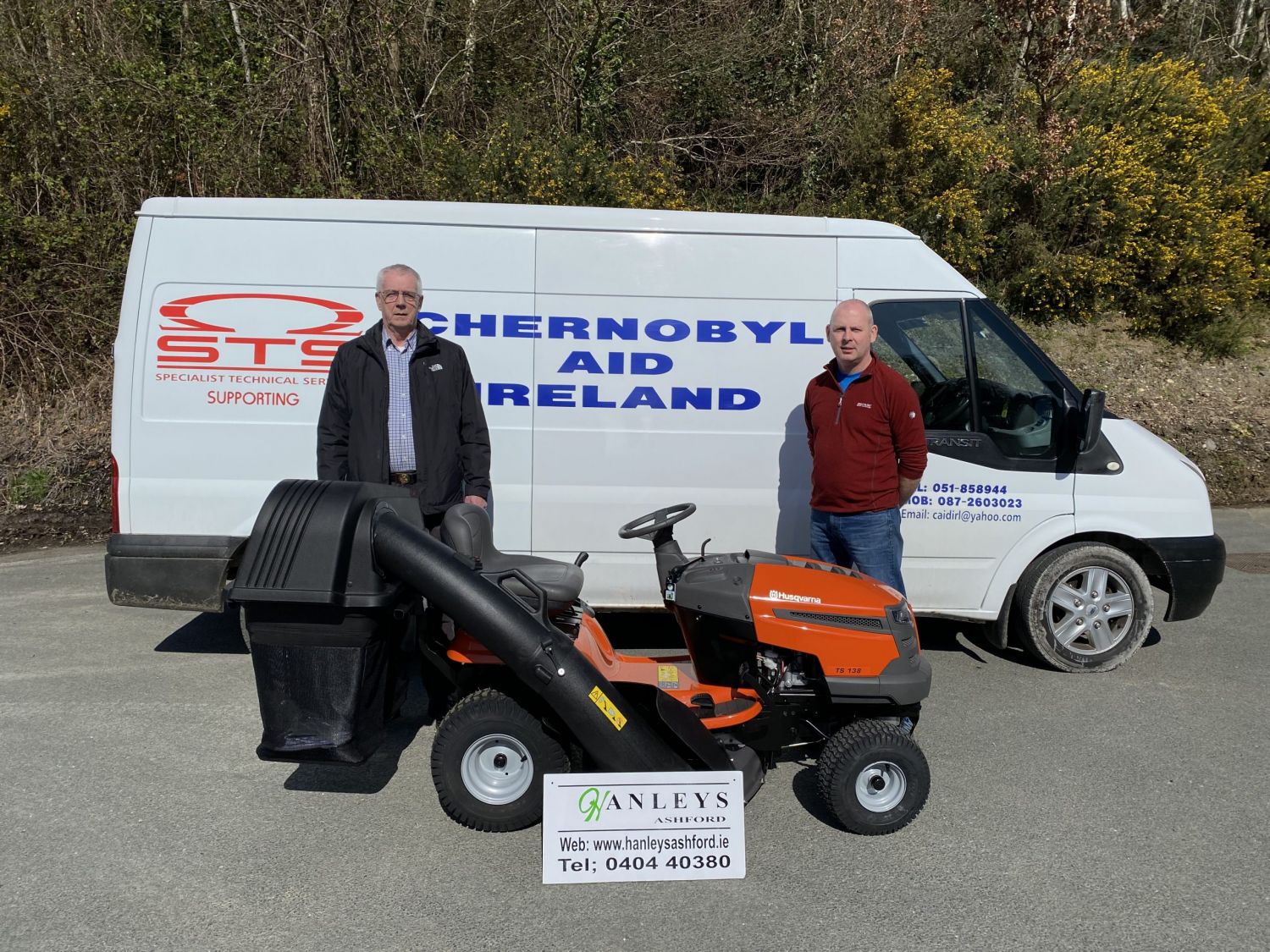 Liam picking up a ride on lawnmower sponsored by Husqvarna and Hanley’s of Ashford. 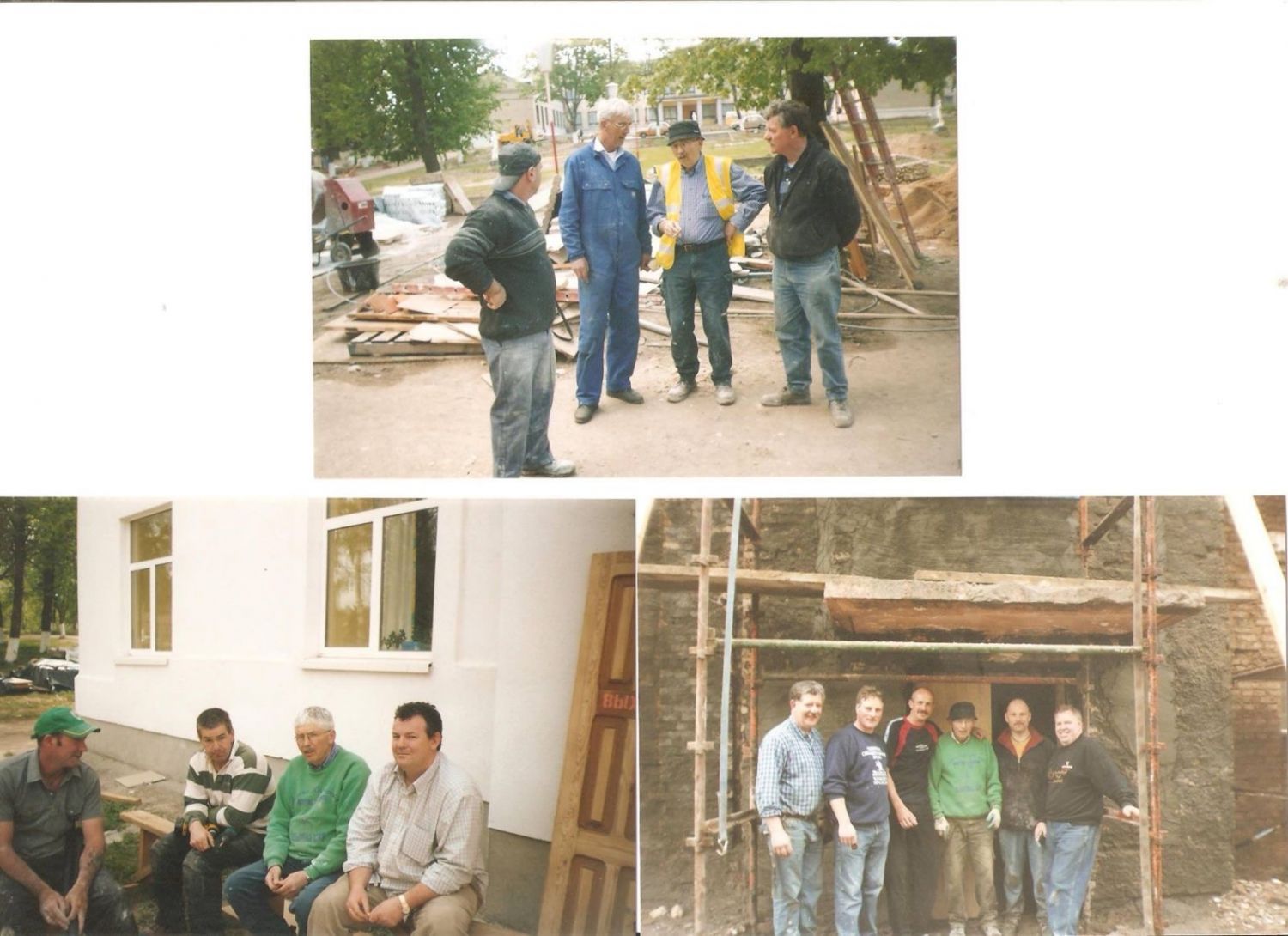 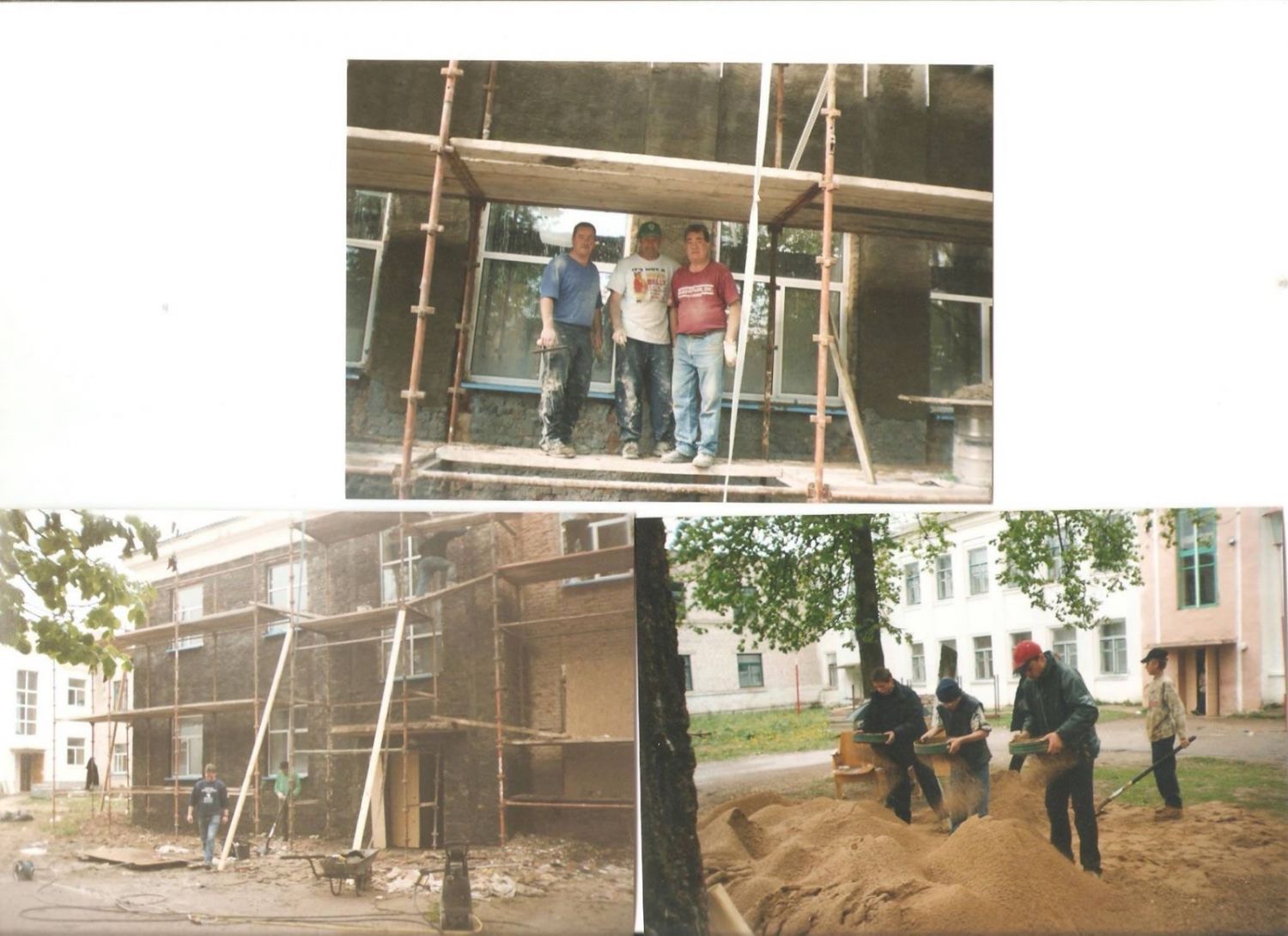 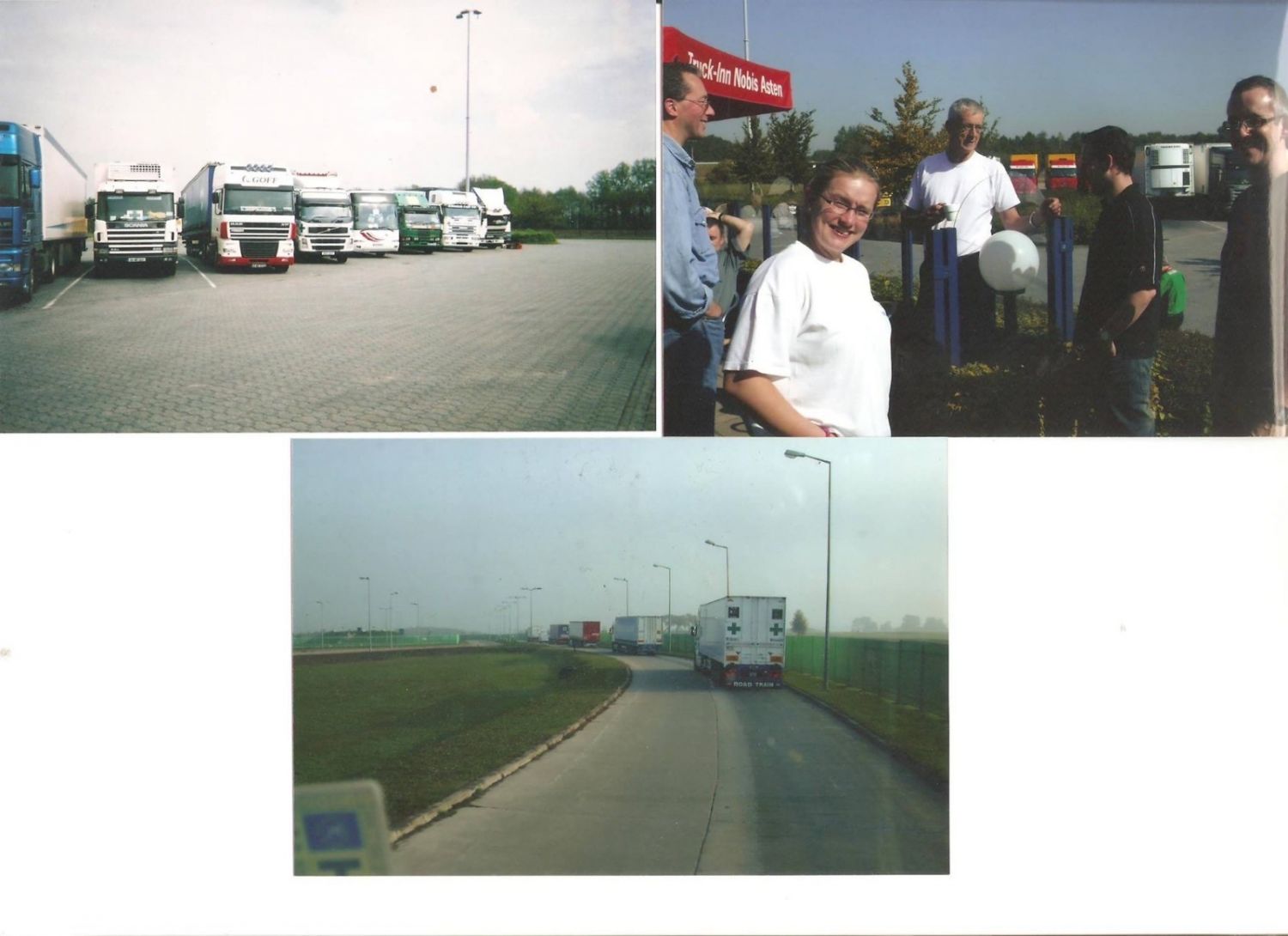