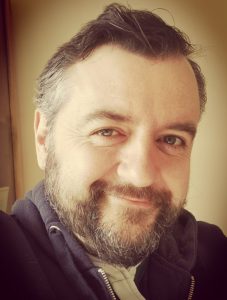 Saturday, April 4, 2020, 12:37am: Buddy, Zippy and I are out on what is officially our final walk for Friday, albeit one which slipped into the wee small minutes of Saturday morning. The weather is benign, the dogs are welcomingly relaxed (Buddy can be a tad angsty when the night closes in) and there is not another living biped to be seen. Once again, however, I spot our local fox who darts across the Williamstown Road and makes for the sanctuary of cover. I am uplifted by his fleeting presence in a way I probably wouldn’t have similarly appreciated just a few weeks previously. The natural world been the only victor of note over the past month. When this health crisis passes, I hope a few more people in power will recognise that we need to let our planet heal. I for one am quite keen on leaving something splendid and intact for both our kids and those who follow them.

12:13pm: The need to differentiate the weekend from the ‘school week’ has probably never been more necessary. With that in mind, coupled with the fact that the dogs had a tardy nocturnal ramble, I take my time to make my way into the first Saturday of a new month. It’s just past midnight by the time I clip on their leads and head out into another picture-perfect afternoon. On our increasingly trodden grassy path, I can’t help noticing the additional levels of dog mess several owners are clearly uninterested in disposing of. The only other time I’ve noticed this phenomenon is during the Christmas period when I can only presume those who don’t have primary responsibility for walking their dogs do so to get out of the house for some air and respite. Cleaning up after your dog really isn’t that big a deal. Why create an unnecessary task for a Council worker a few days or weeks from now? It’s pretty unneighbourly too. People really should know better. 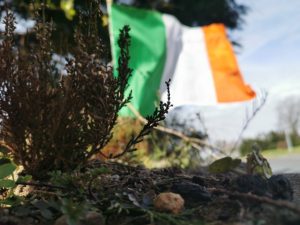 Another glorious afternoon in Williamstown.

2:57pm: I’m reading through a 2006 interview I conducted with 1956 Olympic 1500 metre champion Ronnie Delany, the last Irish athlete to win track gold on sport’s most elevated stage. I spent 90 minutes with the great man in a Dublin hotel on a Wednesday afternoon 14 years ago and it remains one of the greatest experiences of my time in journalism. Delany’s advice for budding athletes is as relevant today as it was when he shared his two cents with me. “I’d tell them to focus on what the essence of running is, not to be rushed forward to beat a junior record or whatever,” he said. “If you beat a record and you beat it coincidentally in the course of a race, what does it matter in terms of your development? You don’t want to be busting your gut every time you go out there. You bust your gut when you have to.” 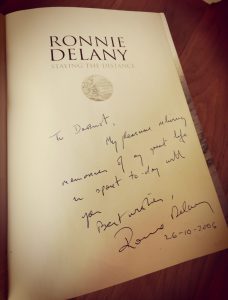 A treasured keepsake of my 2006 interview with Olympic hero Ronnie Delaney.

4:17pm: The afternoon light is welcome via the kitchen doors that open up onto the deck. Buddy also appears to be behaving himself better in our shared space; he’s no longer losing his rag every time a blackbird has the temerity to consult the garden for some condiments. Moving the couches into the kitchen, primarily with the dogs in mind, appears to have a most prudent suggestion on herself’s behalf.

I scan the March 30 edition of ‘The New Yorker’ and read a beautifully scripted piece on the impact Covid-19 has had on daily life in the “city that never sleeps”, which we were due to travel to within the next few weeks. Adam Gopnik’s piece, titled ‘Abundance of Caution’, is a brilliantly descriptive work and is well worth a few minutes of your time. To quote but one excerpt: “The final weekend of semi-ordinary life in New York arrived on Friday the 13th. In the week that followed, New York became a ghost town in a ghost nation on a ghost planet. The gravity and scale of what is happening can overwhelm the details of daily life, in which human beings seek a plateau of normalcy in abnormal times, just as they always have in blitzes and battles. Nobody has any confidence at all about whether we are seeing the first phases of a new normal, the brief calm before a worse storm, or a wise reaction that may allow, not so horribly long from now, for a renewal of common life.” Talk about magnetic prose, which is also accompanied by some stirring photography by Philip Montgomery. 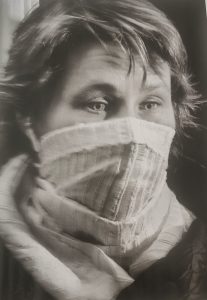 A haunting image from the latest edition of ‘The New Yorker’.

5:45pm: I’m rifling through the sitting room bookshelf and I leaf through a poetry book written by a gentle giant of a man, a kind soul who is sadly no longer with us. In a page titled ‘Odds and Ends’, he shared his favourite quotation. “Years ago when working on A.I. in Ballyfin (County Laois), I called to a gentleman named Mr Daniel Mooney for directions to houses. He gave me directions and very good ones too, and I sincerely thanked him for same. As I walked towards the car he called me and said you’re a mannerly chap, ‘and remember this: good manners are the wheels of everyday social behaviour and should be used unceasingly and unsparingly in order that they may rotate freely and without any intolerable friction.’” Amen to such a sentiment.

6:07pm: It’s time to get away from the laptop and my growing pile of reading material and get the dogs out for their second walk of the day, which once again takes us as far as Williamstown Glen and back. I slip on a fleece that belonged to my late father, Johnny, one he himself wore when out with the dogs back home in Sallyhene. I’ve worn it a few days every week in the four years since Dad died and I think he’d be pleased that I’m wearing something of his while doing something he elicited so much joy from himself. I’m not averse to sparing him a thought in front of his headstone in Portlaw, but looking after a few dogs every day takes me back into a space both my Dad and his own Dad happily occupied their entire lives. Both feel very close to me whenever I’m anywhere with a dog. The fact that I’m doing some handling with Buddy would also please them both – and what child doesn’t want to please his Dad and Grandad? I know I’ve not stopped trying to do just that and I doubt I ever will. And it’s another blockbuster of an evening. 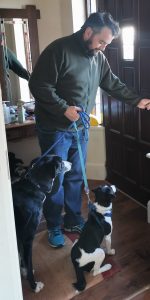 Time to walk the dogs again, something my Dad and Grandad both relished throughout their lives.

9:02pm-11:17pm: I file and post my Friday diary entry and head for the sitting room to enjoy a Quiz Night with herself and our fellow Intonations Choirmates. It’s the brainchild of Wayne Brown, a man accustomed to both creating good ideas and following through on them. Over the course of the next two hours, we’re all challenged and flummoxed to varying degrees by Wayne’s questions but, most importantly, we all have a really good laugh and the time zooms by. Pat Dunphy only drops five points out of a possible 60 and leaves the rest of us trailing in his wake as he takes top spot on the night. He justly earns a round of applause from a variety of locations around Waterford before we all share our goodbyes. I’m relieved I completed my diary so that I could take part, otherwise my Saturday would have been a great deal less entertaining. If joining the Waterford News & Star was the best decision I made over the past year, entering the ranks of this choir is running a very close second. They’re a lovely bunch, a pleasure to be in the company of – by whatever means available – and in Wayne Brown we’re being tutored by one of the most decent skins in all of Port Láirge.

Some further ‘Star Trekking’ via Netflix takes us past the midnight hour before greeting the Sabbath by taking our hounds on a brief stroll on another calm night in an otherwise troubled world. 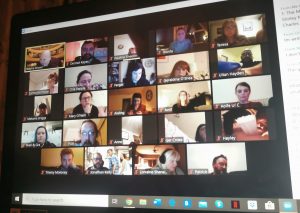 Great fun was had during the Intonations Choir Quiz Night, conducted via the Zoom app!