‘Waterford Made’, an online pop-up film festival, kicks off this Friday night at 8pm, showcasing a retrospective of local films as the Covid-19 confinement measures remain in place.

Presented by Waterford Film Centre and hosted on its Facebook page of the same name, the festival will run for 10 days, concluding on Sunday, May 3.

Organisers were delighted with the level of submissions they received for the festival, including work from professional and emerging filmmakers across a variety of genres including award winning shorts, music videos and documentaries.

The festival will also feature some older works from Waterford Youth Arts which will show how film has developed locally. The festival screenings will run nightly from 8pm between April 24 and May 3. (#WatchWaterfordFilms) 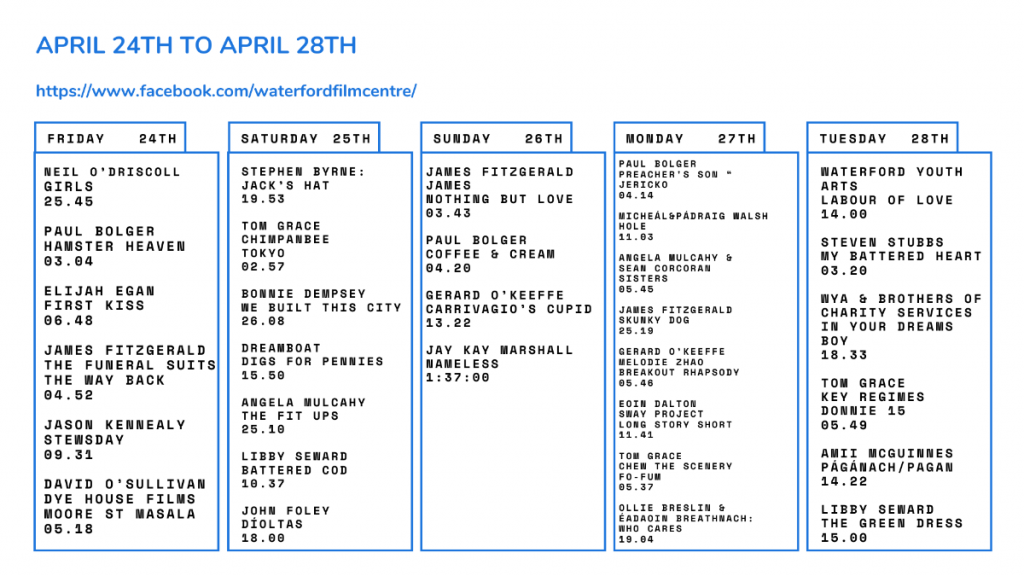 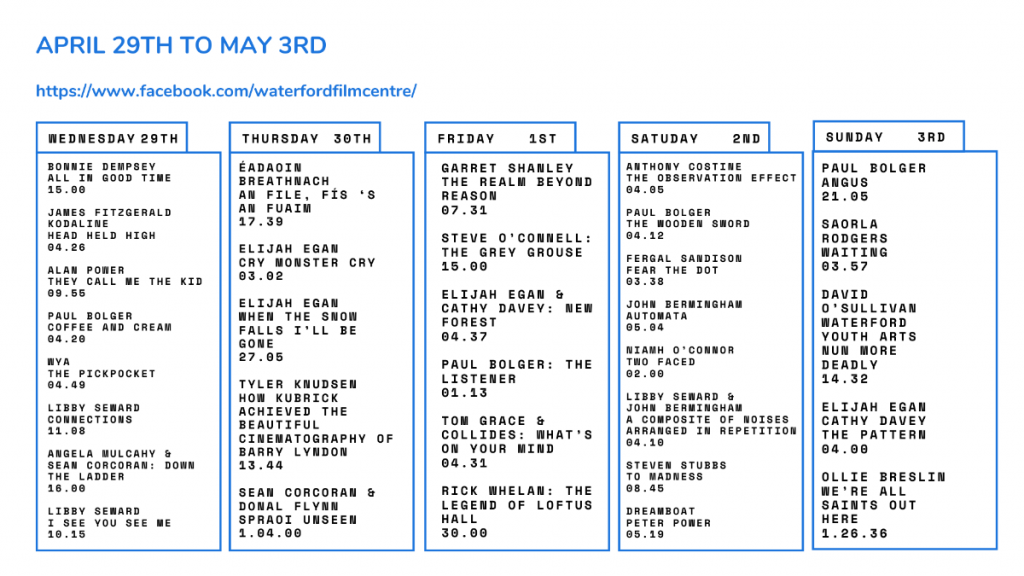