View from the Green Room: Plague thoughts from abroad 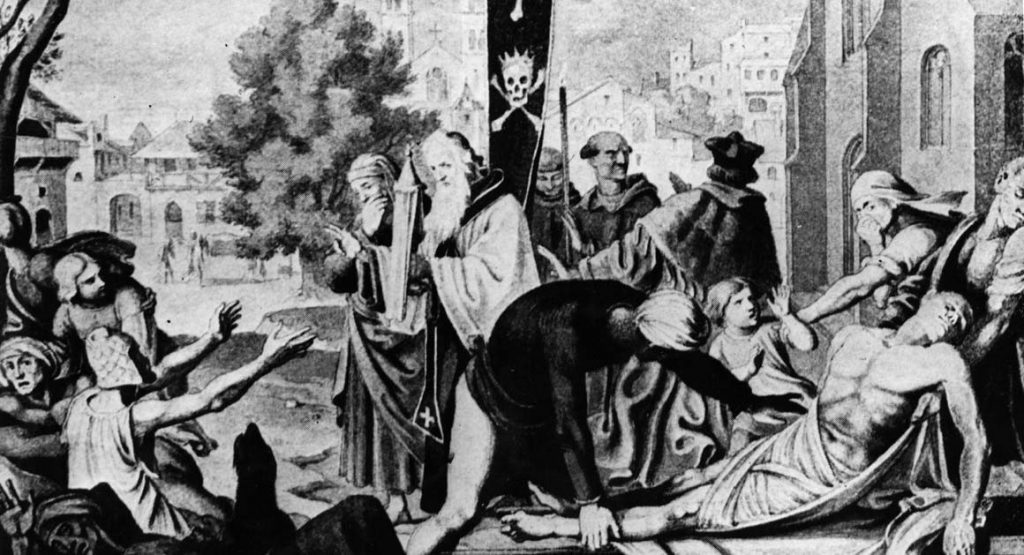 ‘Sicilian authorities immediately ordered the fleet of death ships back to sea, but it was too late; the rats had already decamped for the summer holidays and the virus spread.’

I’VE been thinking a lot lately. In fairness, there isn’t a whole lot more to do and my stock of reviews has finally dried up. So… I’ve been thinking… about plagues… and dark theatres… and the whole notion of history repeating itself.

And what strikes me most is the similarities with past times. Like the introduction of the bubonic plague to Europe. Just like today, it arrived from the spice routes with China, India and Persia in October 1347 when 12 ghost ships from the Black Sea docked at the Sicilian port of Messina. Most sailors aboard the ships were dead, and those that were still alive were gravely ill and covered in black boils that oozed blood and pus. Sicilian authorities immediately ordered the fleet of death ships back to sea, but it was too late; the rats had already decamped for the summer holidays and the virus spread. Over the next five years, the Black Death killed more than 20 million people in Europe – almost one-third of the continent’s population.

‘People avoided the sick. Doctors refused to see plague victims, priests refused to take part in funerals, shopkeepers closed their doors. Social distancing? So many sheep died, there was a wool shortage.’

The Bubonic Plague, however, puts the Coronavirus in the shade. It attacked the Lymphatic System and could, in severe cases, kill overnight. The virus was airborne and also travelled through the bite of infected fleas and rats. Both pests were everywhere in medieval Europe but were particularly at home aboard ships of all kinds – which is exactly how the deadly plague made its way through one European port city after another. Sounds familiar? Sailors arriving to Venice were isolated for forty days to prevent infection – hence the term ‘quarantine’. 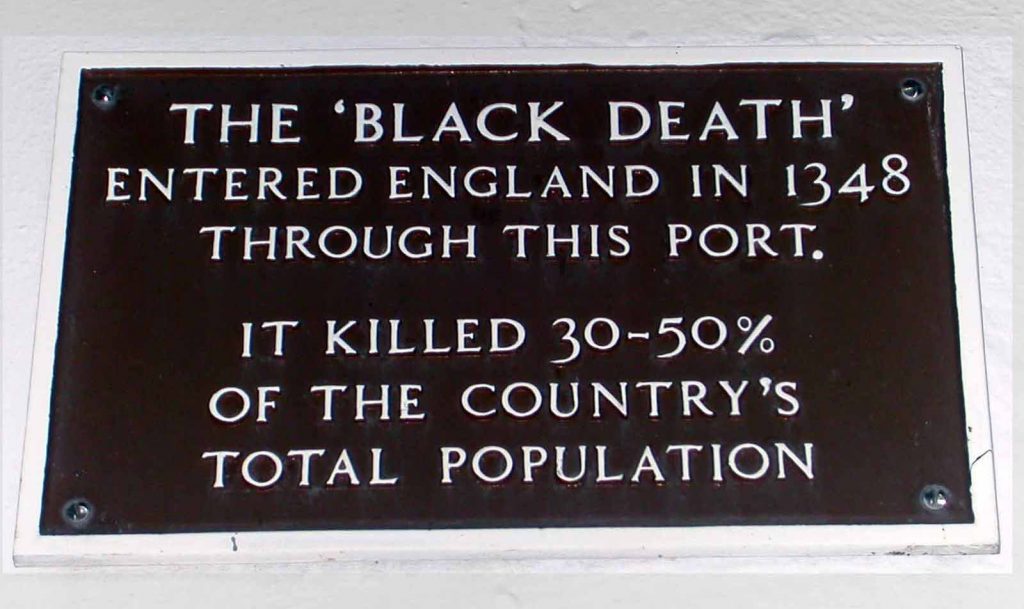 A plaque at Weymouth tells of the plight of a Plague-hit UK in the 14th century.

People avoided the sick. Doctors refused to see plague victims, priests refused to take part in funerals, shopkeepers closed their doors. Social distancing? So many sheep died, there was a wool shortage. Many people believed that the plague was a punishment from God for the sins of blasphemy, heresy, fornication and the like. Just like current Democratic Unionist Party member John Carson, who declared that the current global pandemic has been caused by Northern Ireland legalising gay marriage and abortion. Or, similarly, my old butty Israeli Health Minister Yaakov Litzman, who explained the origin of coronavirus as “a divine punishment against homosexuality”. Guess who got the dreaded virus? Poor old Yaakov and his missus Chava. People in glass houses and all that.

Although the Black Death had run its course by the early 1350s, the plague reappeared every few generations for six centuries and the World Health Organization advises that there are still 1,000 to 3,000 cases of bubonic plague every year. Trump has little time for the WHO. He prefers to find his scientific info from his own research – like a donkey looking under the bonnet of a helicopter.

Plague was often used as an excuse to close theatres in Shakespearean times. The Privy Council saw theatres as crowded wellsprings of disease. Players were well used to the threat of closure. The Lord Mayor of London described theatres as “base entertainment that drew crowds of vagabonds and outcasts” and was only too happy to finf any excuse to close them. Puritan reformers believed that theatrical entertainment was itself “a plague on the moral life of the city”. Preacher Thomas White linked plays and plague: “The cause of plague is sinne . . . and the cause of sinne are playes: therefore the cause of plagues are playes.” A sort of Trumpian logic if you substitute theatre for China. 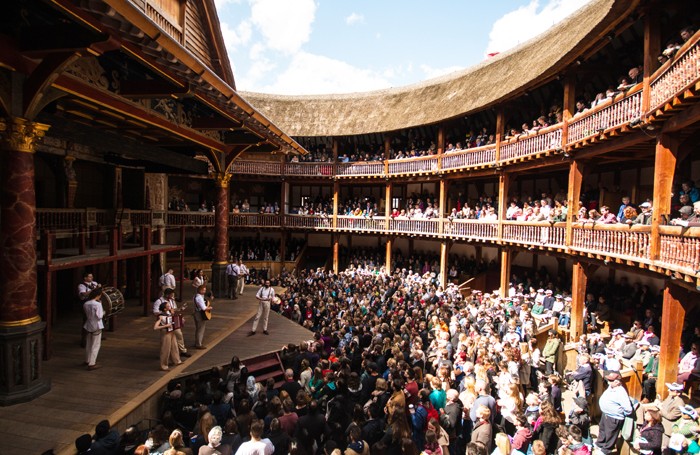 The Queen’s Master of the Revels was sometimes forced to close the theatres as a means of preventing the spread of an outbreak of plague. These theatres were big venues to rival any modern big-ticket occasion. Shakespeare’s Globe theatre could hold as many as 2,500 people for afternoon matinees, along with bull-and-bear baiting coffee-sessions in the morning, if you please. All told, the Globe, Curtain, Swan, Fortune, Rose theatres could accommodate as much as 2 percent of the 300,000 population of London in a single day. The Master of the Revels was aware that, not only were the packed, unsanitary theatres a health issue, but that casual transmissions through contact with ferry boatmen, coachmen and the cooks, servants and hostesses in pubs and inns along with Southwark’s brothels were common and impossible to stop. Still the theatres survived and so will we.

“Nothing in the whole world is meaningless; least of all suffering,” said Oscar Wilde. Let’s hope he’s right.