Time Out with Timmy: My Kingdom for a Haircut 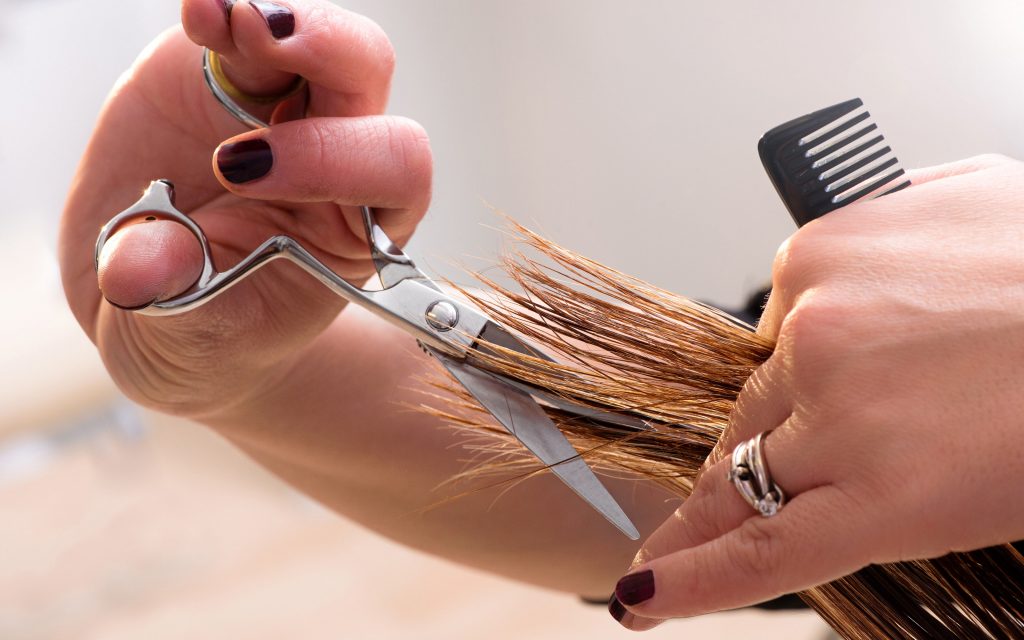 SO we all continue to live in this strange and somewhat altered reality. For the most part, I’m happily keeping well occupied as I hope you are, and I have even procured access to Netflix since my last column. I’ve rarely seen such anticipatory excitement from my other half. Welcome to the 21st century. However, I am wondering and, I’ll admit, mildly concerned, if I‘ll ever see a barber shop anytime soon? It is fair to say that within another three to four weeks without one I will be unwittingly heading back to an 80’s look that I thought had long perished. Perhaps not quite the classic mullet but not a million miles away from that fashion abomination either. Just a little too ‘Tiger King’ for my liking! A sort of hybrid if you will, something altogether hideous and capable of frightening small children unfortunate enough to catch a glimpse on one of my rare outdoor forays.

Back in that wonderful, colourful decade of the 80s, I always wanted to grow my hair long, but sadly it just never ended up the way I wanted it to and inevitably, I just caved in and went and got it lopped off when it began to annoy me. Those long lustrous Rock locks were just never meant to be. Mind you, it probably saved much heartbreak for my poor Mother who, typically old school, was not overly in favour of me having long hair.

‘Social distancing has put a stop to clips of any kind so how come Eileen Whelan looks remarkably well coiffed and George Lee is showing precious little sign of needing a fresh one?’

In all the chaos of late, I suggest the hairdressing community has been a little overshadowed in terms of their importance in the community. Taken for granted royally, we will be overjoyed when they reopen and I can’t wait to have someone take a scissors to me and get going on this creeping growth with relish. I thankfully possess a good mop of hair, passed down, I believe from my maternal uncle, Paddy, who still sports a thick head of silky grey hair well into his seventies. Normally I consider this quite the blessing but certainly more a curse during the current goings on. I ponder if it would be better to just totally freak out and join the ranks of the baldies altogether. I envy the largely thinning buddies of mine who have only to run a soapy Mach 3 razor over their shiny domes to sort their grooming out. Well for them these days.

I dread to think how I might look with no hair and though I don’t consider vanity one of my weaknesses, I kind of like the stuff and we’ve been through a lot together.

Many a barber has gone to work on my bonce and not all my experiences I regret to say have been pleasurable. Just before I entered my teens, I had a nightmare moment at my local barbers. The unthinkable happened and you’ll most likely wince when I tell you that he actually cut the lobe of my ear with the scissors. There was a trickle of blood and boy did it hurt let me tell you. I joked with friends much later that, “I asked for a haircut, not an earcut”. I still can see my Mum painting Iodine on it after I scurried home in considerable pain. Needless to remark a change in barber was called for and what followed was not exactly what I had envisaged. My Dad, who never had much in the way of a decent head of hair, had a brainwave that he would step in to the breach and provide his son with a complimentary, good old fashioned home haircut. What could possibly go wrong? No hard earned dosh to shell out either. He had acquired one of those DIY haircutting kits and was dying to try it out. There was no way out for me and against my wishes, I reluctantly faced what I can only describe as domestic butchery. Think Monks in those old paintings with the tonsure and you’ll get a fair idea of how dear old Dad’s session went. I was horrified. A glance in the mirror confirmed what I had feared during the ordeal, a hatchet job. All I could think of was how would I face going to school? Remember this was Dungarvan in the 1970’s, no one wore baseball caps.

Thankfully, I resisted any further attacks and was allowed go to a new barber which was manna from Heaven. Not only did this latest artist avoid slicing my skin, humiliating me in front of my mates with a Brian Boru look, he actually styled my hair and made me appear strangely normal, even trendy. I was made up. Happy days indeed, in from the wilderness finally.

How I long for a moment like that again, a proper haircut, it’s not too much to ask for surely? I even find myself currently studying the presenters on RTE News to see signs of growth and wondering if perhaps they’re getting sneaky, illegal trims?

Social distancing has put a stop to clips of any kind so how come Eileen Whelan looks remarkably well coiffed and George Lee is showing precious little sign of needing a fresh one? I’m sceptical. Someone’s getting a brush up somewhere and I think we need a Primetime investigation on this. Maybe that should be an investigation in to Primetime itself as David McCullough also is showing scant evidence of growth up top. Conspiracy theory? I ask you to watch closely next time you’re tuned in.

To all you fantastic hair artists out there across Waterford, we look forward to seeing you soon. Sorry for not appreciating you more, we won’t let that happen again.

I expect your tips to increase when all this is over. Short back and sides please and mind me ear.