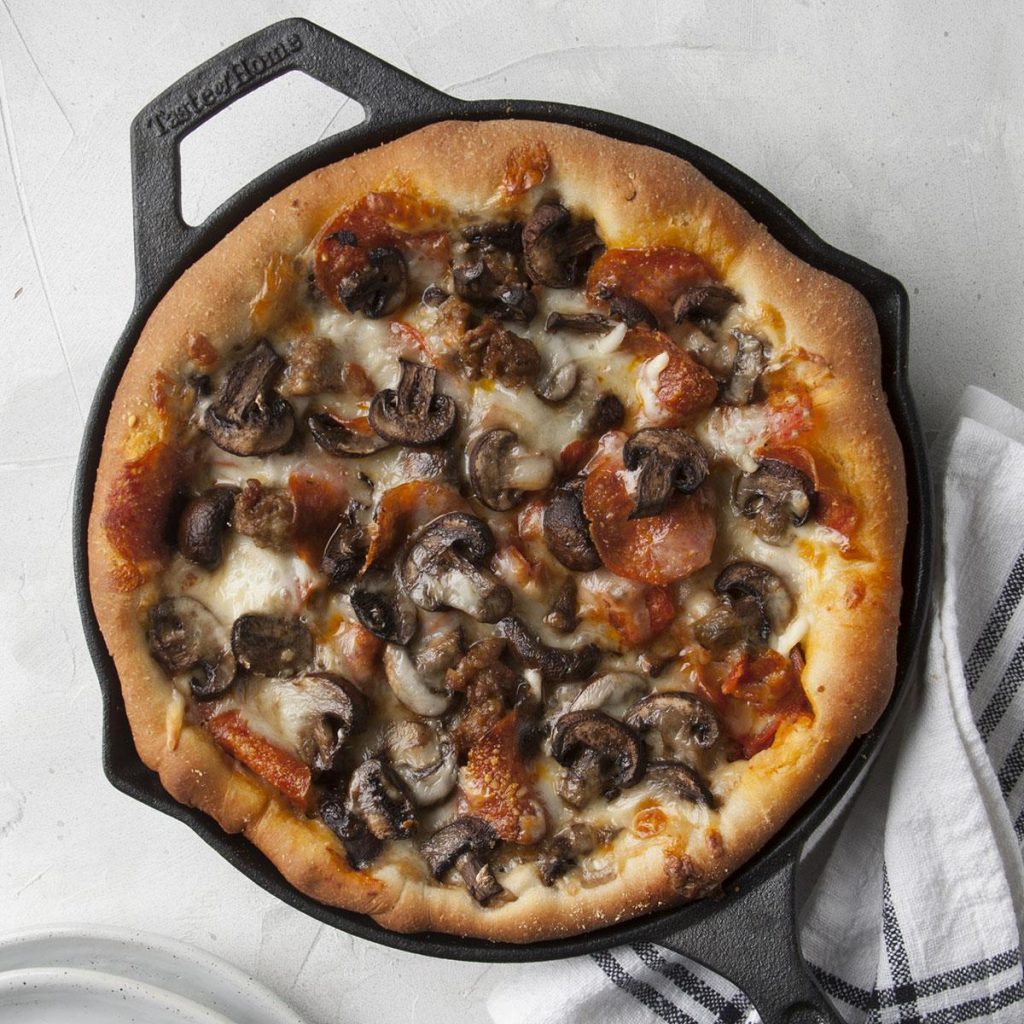 DEEP-dish pizza is said to have originated in America, and is quite different to the flat Italian pizza which, by and large, is the type of pizza we eat in Ireland. The deep-dish version is almost like a pie as it has a thick pastry crust and is nearly stuffed with toppings. Although it is called a pizza, really it is much more of a pie, and you can put a variety of ingredients in there, but it must have a tomato sauce and must have mozzarella cheese.

Dissolve the yeast and sugar in the warm water in the bowl of an electric mixer, and stir to make sure that it has completely dissolved. Let it stand for 10 minutes until the yeast has begun to foam.

Then add the flour, salt and oil and use the dough hook attachment of the electric mixer. Mix for about 3 minutes until the dough is combined but still sticky.

Brush the inside of a second bowl with vegetable oil and place the dough into it. Then cover with a damp tea towel and allow to rise at room temperature for around 6 hours.

When ready, place the dough on a floured surface and press down all of the air from the dough. Place the dough into an oiled 10” deep pie dish and allow to rest for a further 15 minutes.

Then press the dough out to cover the base and sides of the dish forming a pie crust.

Place in a preheated oven at 180oC for 15 minutes to par cook the pizza base.

Start with your par baked pizza base. Slice the mozzarella balls and lay them on the base of the pizzas, covering all of the dough.

Meanwhile, remove the skin from the chorizo and chop them roughly.

Place the chopped sausage on the cheese followed by half of the sliced mushrooms.

To make the sauce, mix the tomatoes with the garlic, oregano and olive oil. Season well with salt and pepper and stir in freshly torn basil leaves.

Cover the top of the pizza with the tomato sauce. It should be a heavy layer of tomatoes. Tap the dish on a work surface to remove any air, and then top the tomato sauce with the remaining mushrooms.

Place in a preheated oven at 200oC for 30 minutes until cooked through and lightly browned.