View from the Green Room: Cuckooning 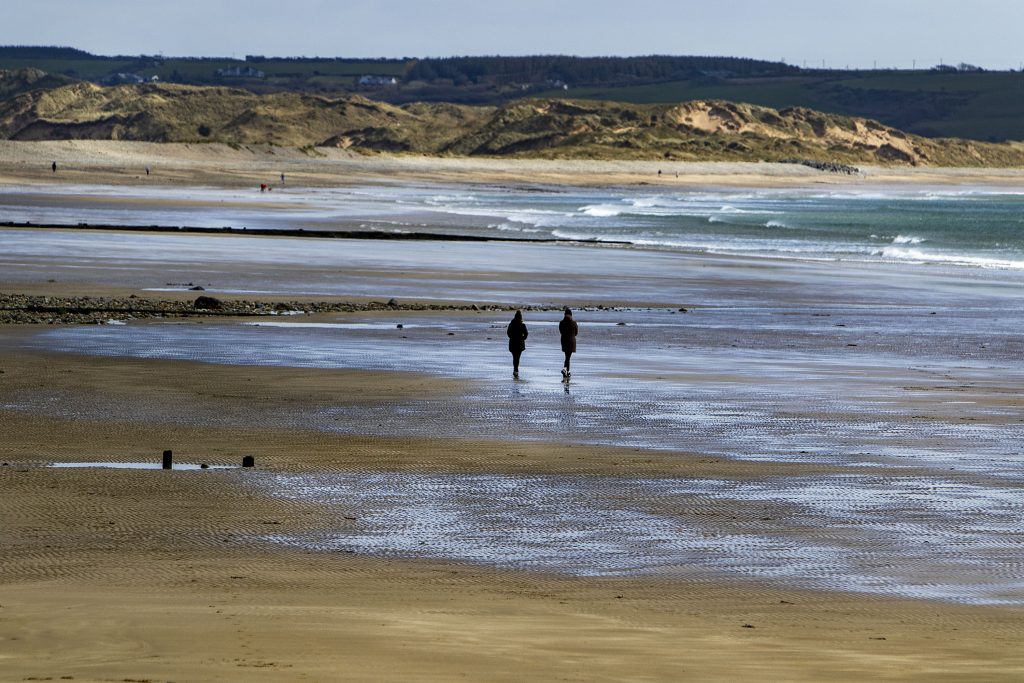 Beautiful Tramore beach seems miles away at the moment for the locals over seventy who are cocooning.

“OVER seventies should cocoon,” declared Doctor Taoiseach. “Cocooning,” advises the HSE “is for people who are over 70 years of age – even if you’re fit and well.”

I never liked Leo’s invention and I wondered how many spin doctors it had taken to sugarcoat the unpalatable. It struck me as ageist and I’m pretty sure that the term is going to hang around like a virus for a long time after Corona has departed. Millennials will just love the term and will use it to hammer older people for all new-found grievances. Why wouldn’t they? They’ve already got plenty of practice with old grudges.

Cuckooners take up too much room, really. Just like the cuckoo in another bird’s nest. I mean, they live in houses that are far too big for them and they should really just shag off to some small apartment on the edge of town far away from all the connections they’ve managed to build up over a lifetime. And since they’re not encouraged to leave their homes, what difference could it possibly make? Sure they’d be happy out.

‘Let’s face it: walking around the house is about as entertaining as walking the Quay with a traffic warden during the Christmas sales.’

And speaking of the “over seventies shouldn’t leave their homes” mantra, isn’t it odd that what everyone took to be law was, in fact, not the case at all. It was just “advice”. No more than that. Concern from on high. Just well-intentioned authority looking out for a generation that seems to have managed that pretty well so far, thank you very much. It’s a pity that the same concern wasn’t exercised earlier in nursing homes.

Social media has gone mad. Nothing energises people like power. Especially the power to tell others what to do with their lives. It is a curious fact of life that, very often, it is the people with the most ridiculous ideas who are most certain of them. Just look at the alarmist posts on Facebook. Apparently, “Tramore’s Aldi was full of Dublin people at Easter”. Facebonkers even came to take pictures of a crowded Tramore Prom to warn others of a crowded Tramore Prom. Yes, really. Faceless and largely anonymous eyes tweeted anonymous rumours that people were even seen out walking who were not two metres apart. And… OMG… who were not under seventy? Herd immunity has morphed into heard impunity!

I have friends who are over seventy who could walk the length and breadth of Ireland who are now almost apologising for their presence on country roads that are within 2km of their homes. And they miss their friends and their daily walk. After all, we’re all social animals that need the sound of another person’s voice, the touch of another person’s hand. Let’s face it: walking around the house is about as entertaining as walking the Quay with a traffic warden during the Christmas sales.

As walkers go, I have to admit to being a reluctant soldier who believes that running late counts as exercise. Nevertheless, imagine the fall out if the overweight, the unfit and politicians seeking travel expenses were told to remain indoors indefinitely? Now there’s a thought.

There are upsides. Health staff are finally getting the appreciation they deserve. Strangers are generally friendlier and exchange pleasantries. People ask, “are you well?” “Escape to the Country” has suddenly become more believable and I’m even willing to buy into the possibility that someone currently living in the middle of London could, somehow or other, be happy living in the middle of nowhere at the top of the Yorkshire Moors in a freezing cold house built six hundred years ago that is largely inaccessible in the winter. But, with OMG exposed beams, of course.

Gardens were never better tended, houses were never cleaner or better painted, attics were never as empty and families were never more together. That’s if they haven’t killed each other over what to watch on Netflix. Father Brown is my bestie. BFF.

Stay safe everyone. It can’t last forever. Although it certainly feels like it for the over 70s cuckooners.