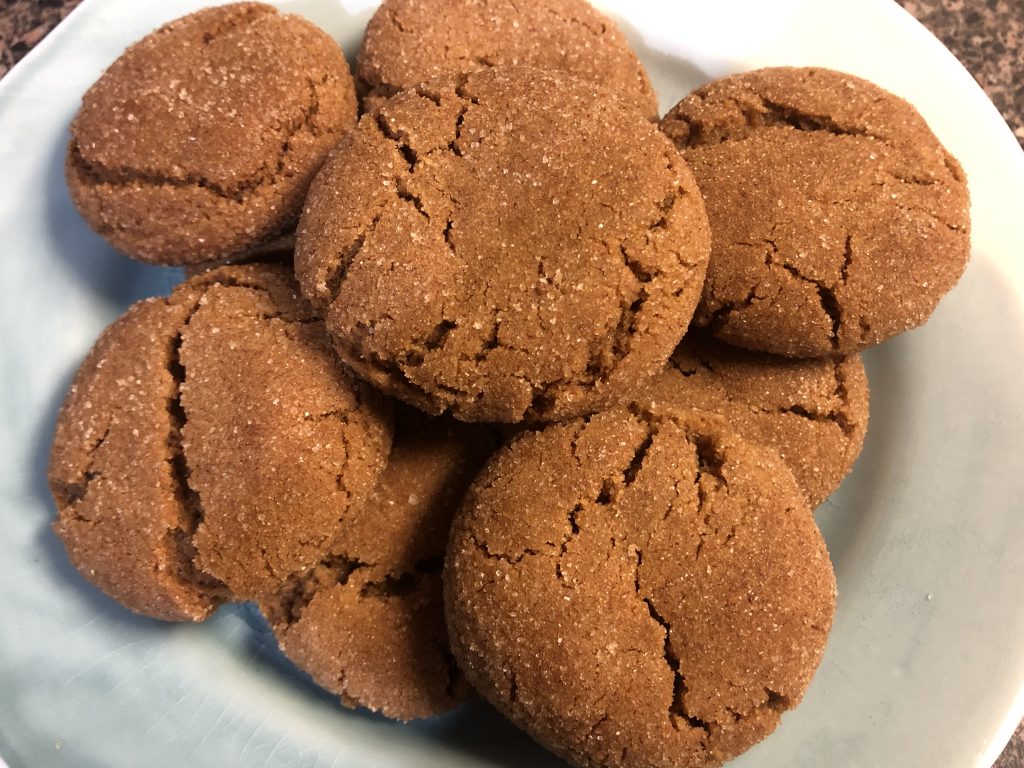 THESE gingersnap biscuits are my favourite as they are really crumbly and have a lovely homemade snap to them. The logs will last about 2 weeks in the fridge when wrapped tightly in cling film so you can make up a batch then remove and bake a log at a time. Each log should make about 12 biscuits, and they keep really well in your biscuit tin. Just be sure to chop the crystallised ginger really finely so that it distributes evenly throughout the dough.

Sift together the flour, ginger and soda into a large bowl of an electric mixer or food processor. Add the butter and whizz until it resembles breadcrumbs.

Chop the crystallised ginger well into fine pieces and then add it along with the egg and both the syrups until you have a lumpy dough. Tip out onto a floured surface and just roll the dough together until it forms one dough ball.

Then divide the dough in four, and roll each piece into long cylinder shaped rolls. Wrap each roll in cling film then refrigerate for 30 minutes until firm.

When ready to bake, cut each roll into 12 so that they are biscuit shape and then place them on a baking tray lined with greaseproof paper. Sprinkle the top of each biscuit with a little golden caster sugar.

Place in a preheated oven at 180oC for 15 minutes, then remove and allow to cool slightly, before cooling them completely on a wire rack.

Store in an airtight container for up to seven days.