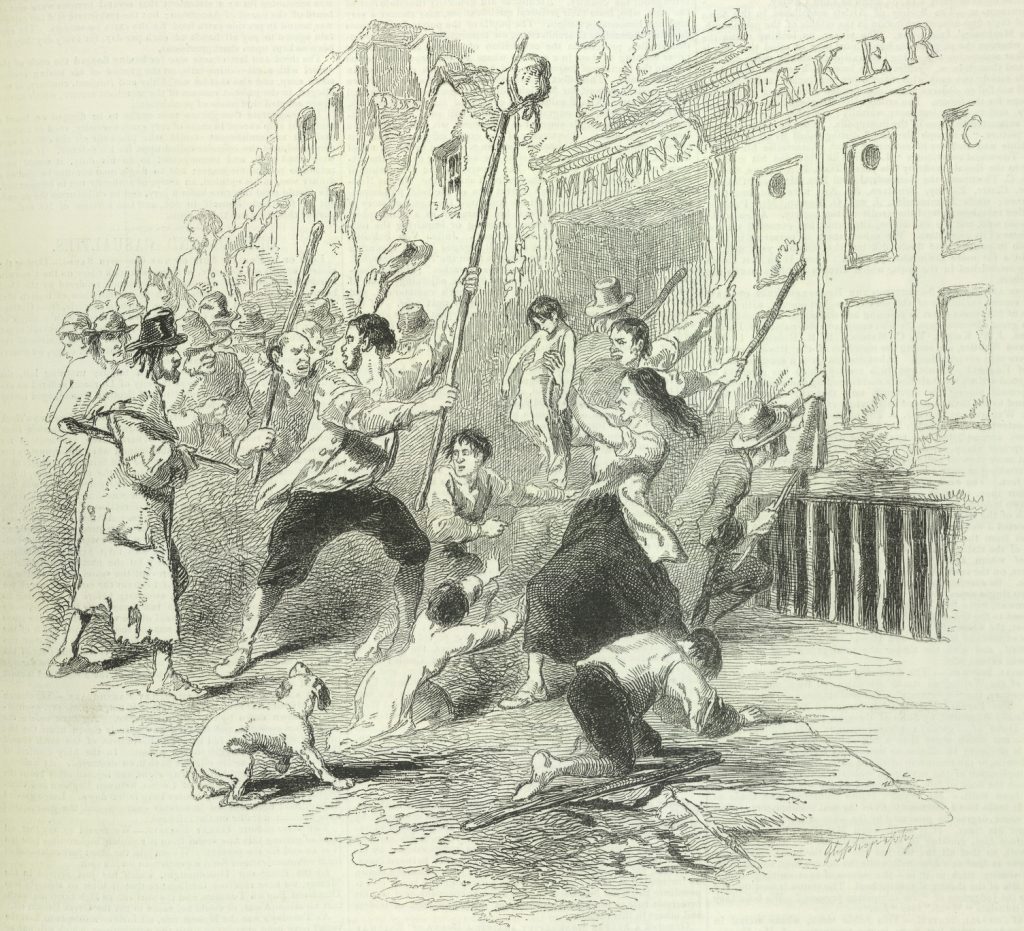 Food riots in Dungarvan, during the Famine, from The Pictorial Times, London 10th October 1846

ORIGINALLY published by Waterford County Museum in 1996, the book “Desperate Haven” is the definitive study to date of the Great Famine and its effects in the towns and villages of West Waterford. This long out of print book is now available to purchase in paperback or digital format online from Amazon. This week our excerpts from the book look at the food available to workhouse inmates during the Famine period.

Workhouse diet before the Famine

In November of 1845 the diet of the workhouse inmates consisted primarily of bread, meat, potatoes, sweet milk, sour milk, oatmeal and tea. All of these were supplied to the workhouse by various contractors, most of whom were local. The diet of the inmates was supplemented by a variety of vegetables grown in the workhouse gardens.

A pauper had three meals each day, breakfast, dinner and supper. Breakfast consisted of oatmeal (usually served in stirabout / porridge form) with either sweet or sour milk. Each adult pauper would have received 6-8 ounces (225 grammes) of meal every breakfast. Children under 15 received two thirds of this allowance.

Potatoes, meat and vegetables formed the pauper’s dinner at the time. However, it should be stressed that the quantities of meat contained in a pauper’s dinner were very small. In November of 1845 each pauper on average received under 4 ounces of meat per week (approximately a quarter pounder burger patty per week).

Supper, the final meal of the day consisted of bread and tea. It can be seen from the above ‘menu’ that the workhouse inmate’s lot, even preceding the worst ravages of the Famine, was not a happy one. Any breaks or changes in this monotonous diet would ordinarily only have occurred on the holidays of Christmas Day and Easter Sunday. On these occasions the paupers would have received an extra ration of meat, sugar or perhaps cocoa depending on the mood and perhaps even more importantly, the financial position, of the Board of Guardians. Changes in diet also occurred as the vegetables grown on workhouse land came into or went out of season.

Workhouse diet at the peak of the Famine

Indian-corn flour was initially used as a substitute for the oatmeal in the stirabout the paupers had at breakfast… The most common use for Indian-corn prior to the Famine had been as an animal feed. Unfortunately, the Board of Guardians were unaware that its nutritional value to humans was very limited because the mills in Ireland could not grind it sufficiently to make it digestible. The Dungarvan Workhouse was not alone in using Indian-meal as a substitute for oatmeal and potatoes, workhouses all over Ireland seized on Indian-meal as a viable and above all economic solution to the problem of feeding their inmates.

In the Autumn of 1846, having made enquiries of Dunmanway Workhouse about the effectiveness of treacle and water as a milk substitute, the Board resolved “to change the dietary of milk to treacle and water for breakfast with bread and cheap soup for dinner”. Worse was to come; from early November 1846 an adult pauper’s meal consisted of 10 ounces of Indian-meal mixed with treacle for both breakfast and dinner.

Not surprisingly, over the following few months a serious outbreak of dysentery occurred in the house in which quite a few lives were lost. In early January 1847 treacle was discontinued as a food as it had obviously contributed heavily to the dysentery outbreak.

A letter written in January 1849 contained the following recipe for the workhouse soup: 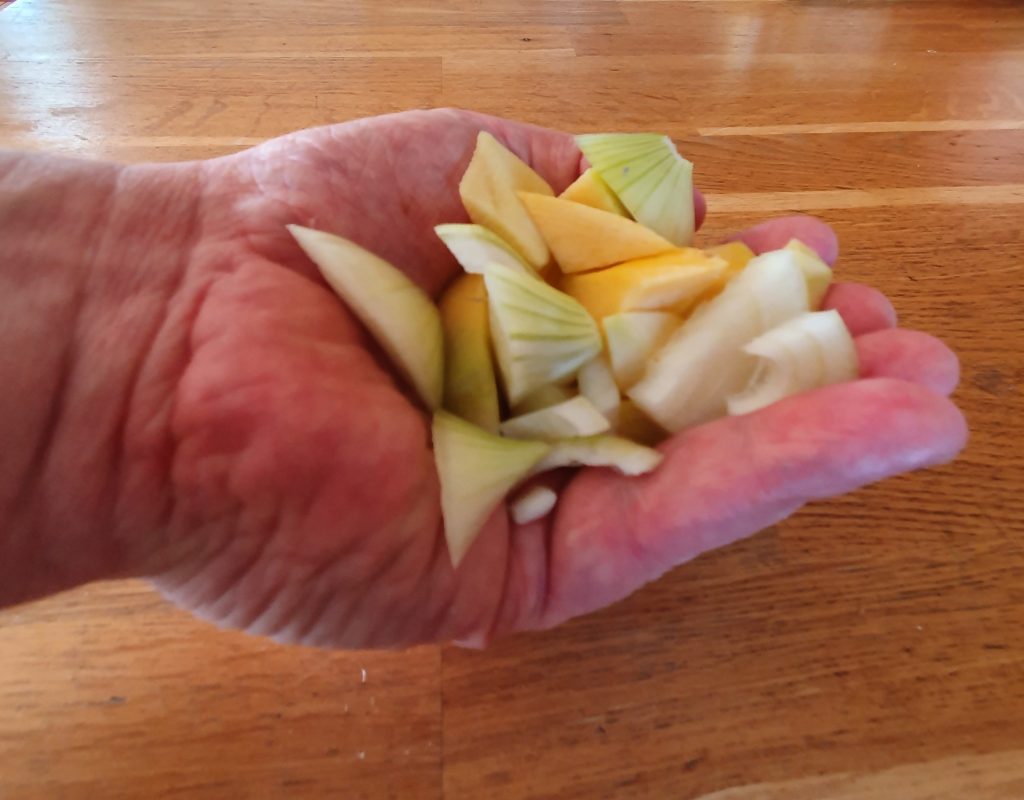 [Some years ago, I gave a talk in the museum about the Famine and Louise Clark, formerly of Nude Food and more recently with Crews Restaurant, prepared a batch of this soup for everyone to taste. The most striking characteristic of it was how salty the soup was. It also had an abundance of pepper, far too much for a modern palette. The above recipe was aspirational, on many occasions the workhouse did not have enough vegetables to put into the soup.

Taking the bread out of their mouth

The Dungarvan Workhouse bakery at this time was staffed primarily with paupers, due to a shortage of finance to pay for extra baking staff. A statement made by two paupers reveals an extraordinary level of corruption among the bake-house staff. James Power and John Murphy stated that they were not receiving enough to eat. When questioned further they complained that bread was allowed to turn mouldy in the bake-house store rather than being handed out to the starving. 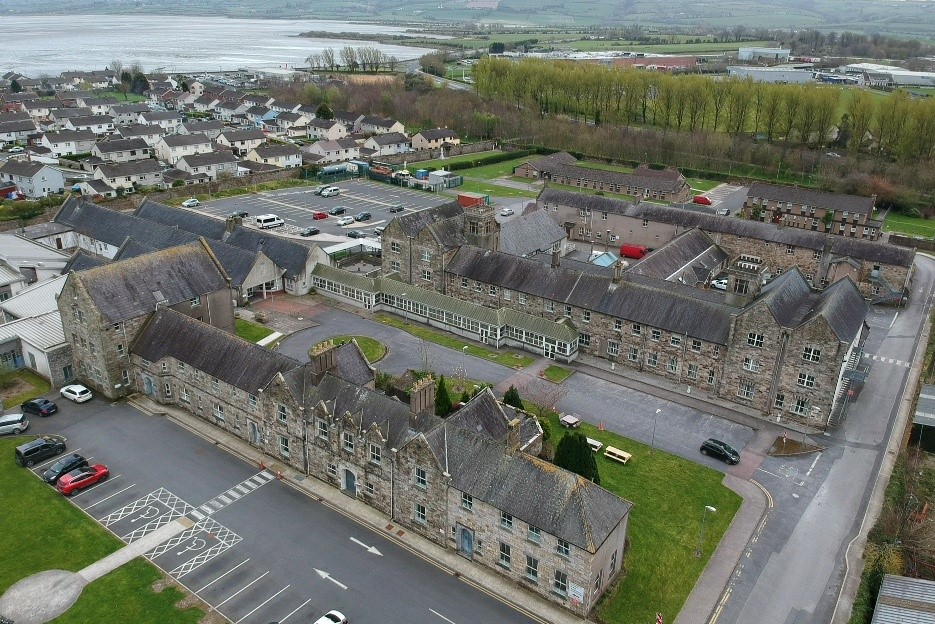 They further complained that bread was being sold to paupers with enough money to pay for it by the bakery’s workforce. A pauper named Ellen Picket was implicated as the ringleader in the sale of bread. A few hours later her son Peter Picket was discovered assaulting James Power, no doubt to ensure his silence in the forthcoming investigation.

The bread stores were inspected and “a quantity of black mouldy bread was found”. Power told of further incidents of bread being sold by the paupers in the bake-house and even detailed an instance when an attempt was made to smuggle bread out of the workhouse in a coffin. A large quantity of rotten bread was discovered buried in the workhouse grounds during the summer of 1849. At least 10 people were reported to the constabulary for crimes relating to the mismanagement of the bread store at this time.

Reports of the time indicate that the bread was of very poor quality… a sample of loaves purporting to each weigh 28 ounces typically weighed 2 ounces less. It is probable that the deficiency in weight was a result of bakers retaining flour for personal use. This flour would then have been made into bread and sold to the bakers’ fellow paupers.

This crime was being committed at a time when the grounds of the workhouse were being weeded and the weeds thrown into an ash pit. This action was taken as many paupers in their desperation for something to eat had taken to eating the weeds and had become ill.

Despite the appalling quality and quantity of food available it should be remembered that people in their thousands still voluntarily applied to get admittance to the workhouse. Becoming a workhouse inmate was preferable to the certain starvation that awaited outside the workhouse walls.

The Master of the workhouse proposed to the Board of Guardians running Dungarvan Workhouse… that “50 lbs of flour lying disused in the store and 6 stone of sugar be distributed to the 1,243 inmates” for their Christmas breakfast in addition to their usual rations. He also proposed that 105 lbs of beef added to the soup would make “an admirable addition to the dinner”. The board replied “the paupers had latterly so misconducted themselves by refusing to work and damaging Union property that the Board will allow no indulgence”.

It is true that paupers had refused to work on occasion, but the nature of their work was often gruelling. A report by the Master indicated that it was usual for workers in the bakehouse to work “night and day”. Invariably when paupers were questioned on their refusal to work they replied they were not getting enough to eat.

Buy the Book
This paperback book is priced at €18.50 and the digital version is priced at €9.10 (free to Amazon Prime members) both available to buy online from Amazon.com or Amazon.co.uk etc. Search for “Desperate Haven Waterford”.

All profits go towards supporting Waterford County Museum. The 2020 edition of the book was edited by Willie Whelan.

NEXT WEEK: Fighting for your life during the Famine