Diary From A Social Distance: Saturday, May 9 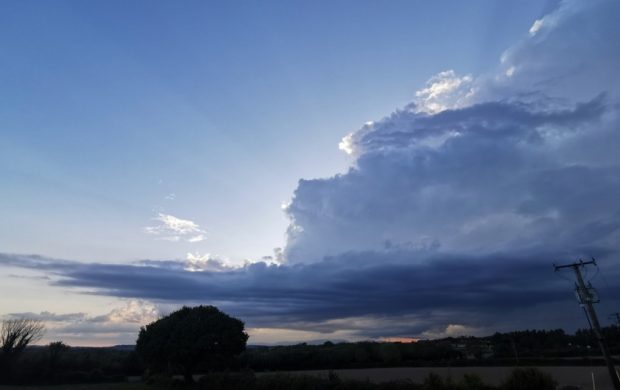 7:29am-10:09am: Up and at em. I’ve had just over six hours’ sleep – thoroughly sound sleep, mind you – and am determined to make the morning a productive one. I run through yesterday’s photos, skip down through the few notes I’ve scribbled down and get cracking on my Friday diary entry. I opt against my breakfast for now and settle for a cup of tea instead. For a day in which I felt my focus went off the reporting radar a little, I’m surprised with how many Friday-based thoughts are now coming to mind as I write. By the time I file the diary, which I schedule for mid-afternoon promotion on our Facebook page, I’ve trotted through 2,100 words.

10:10am: The lead story in this morning’s Irish Times reminds us of just how extraordinary a phase we are living through. “Ireland’s workplaces will change beyond recognition as Covid-19 restrictions ease, under an agreement reached between the Government, employers and trade unions. Handshakes will be banned, temperature testing will be carried out in line with public health advice and workers will not be allowed to share pens, bottles or cups.”

Martin Wall and Jack Horgan-Jones write: “Vulnerable at-risk workers must be ‘preferentially supported’ to maintain physical distancing, and where possible, be supported by their employers to work from home. Workers will be organised into small teams that consistently work and take breaks together and must limit interactions with other colleagues, while all staff should be encouraged to stay working at home.”

Of local interest, the report notes an email by Waterford native and Department of Transport Secretary General Graham Doyle to department colleagues in which he writes: “it is likely that most of us (Department staff) will be working from home (to a greater or lesser extent) for the remainder of 2020.’” The story features a still stark graphic. ‘Total Cases: 22,541; New Cases: 156; Deaths: 1,429; Northern Ireland – Cases: 4,022; Deaths: 427.” 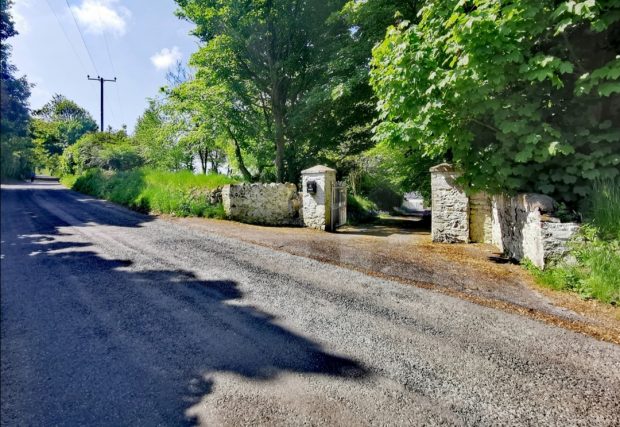 The dogs and I were sun-splashed throughout our morning walk.

10:43am-11:34am: It feels as deliciously sunny in Williamstown as it was on the Mediterranean coast two years ago when herself, myself and most of the Keyes clan went on a wonderful holiday to Argelès Sur Mer. It’s where I bought the ornate writing kit I’ve been using during my handwritten letter revival of recent weeks. We may never be all together like that so far from home again – that trip feels particularly precious nowadays. It was also my first two-week holiday in nine years. It might well have been the trip that made me realise I’d been working far too hard for far too long and that I needed to make a few changes.

I bring Buddy and Zippy on a five-kilometre walk, taking in the full loop which includes the country road I’ve become increasingly familiar with of late. Some prefabs at the Gaelcholáiste at Bishopscourt have been completely removed in the past few days and I exchange hellos with a woman sat on some thick nearby grass, petting her dog. Further down the road, a Borough Boundary marker dated 1980, once one of the official points marking where the city ended and the county began, is tucked behind some nettles at the next crossroads. We take a right-hand turn back towards home and before too long the city comes into view, as do the somewhat hazy Comeraghs and the distinctive white spindles of the Thomas Frances Meagher Bridge. It’s pretty much a perfect morning, strolling along a partially shaded road in tolerable heat with two hounds in tow. They’re glad of their water bowl when they return home. The late breakfast went down well too. 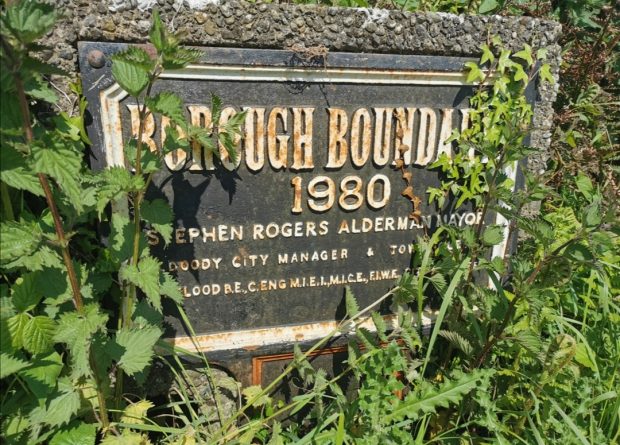 12:01pm-12:13pm: I enjoy my live conversation with WLRfm’s Maria McCann on ‘The Saturday Café’, which flies off on many tangents including loose cattle in Ballylaneen, the resumption of soccer in South Korea, my own pandemic-impacted work practices and what lies ahead for pubs and restaurants. I t’s an infinitely better interview that the one we did yesterday and also includes some breaking news from my lodgings: the arrival of a parcel which inevitably sends the dogs into a tizzy. The parcel delivery man is kind enough to drop it into me via the open sitting room window, which herself then pops out to collect from me. As Matt Keane would almost certainly put it: “You cannot beat LIVE radio!” Being the good company man, I drop in a couple of Waterford News & Star references during the interview, including an honourable mention for my colleague Darren Skelton. All in all, time well spent, I have to say. 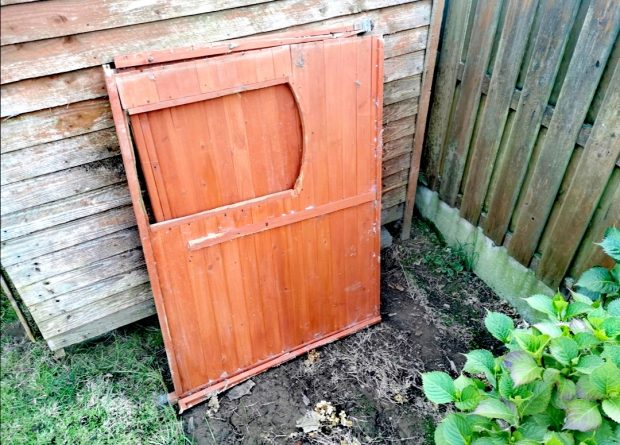 The disassembled dog house in the garden: a job I should have got to well before now.

4:26pm: I disassemble a dog’s house in the garden which Zippy never really showed too much interest in assuming tenancy over. It doesn’t require too much brawn on my behalf to take it apart, which has me wondering why I’d not seen to it before now. But it’s done now so let’s accentuate the positive. We’ve started to clean up the garden a little over this weekend and last and we’ll have it looking as good as it’s ever been shortly enough. The bit by bit approach is my cup of tea when it comes to gardening. After all, slow and steady wins the race – at least that’s the line I’m sticking with! 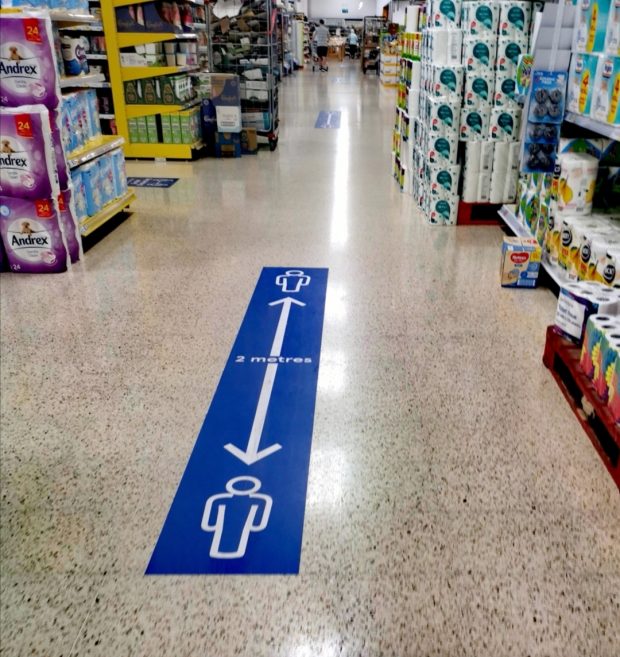 Social distancing was well observed by all I saw during my visit to Tesco Ardkeen.

5:27pm: I visit Tesco Ardkeen for the first time in eight weeks and it’s as relaxed a shopping experience as any I’ve had in the interim. There’s hand sanitiser at two separate outdoor stands which most people use as they enter. A woman who for some reason raced to get in line ahead of me just about remembers to use it as she pops in. However, her son (aged 11 or 12) who joins her in the line doesn’t use the sanitiser, nor does she either ask or tell him to use it either. I realise there’s little to be gained by increasing my own blood pressure given that (a) the young lad didn’t sanitise his hands when he should have, (b) he shouldn’t need to be told by anyone to do it anyway and (c) he had no need to be in the shop whatsoever.

I internalise my annoyance safe in the knowledge that I’ve sorted out one diary entry for today by virtue of simply standing in this queue for a matter of moments during which I sanitised my hands and someone else didn’t. The staff at Tesco are clearly on top of their game, weathering the small talk like seasoned pros – “some day to be working”, “was it busy today” – you know the drill. “You won’t hear me complaining,” says the checkout operator in a Rafa Benitez-era Liverpool jersey. “At least I know I’ve got a job – there’s an awful lot of people who can’t say the same right now.” 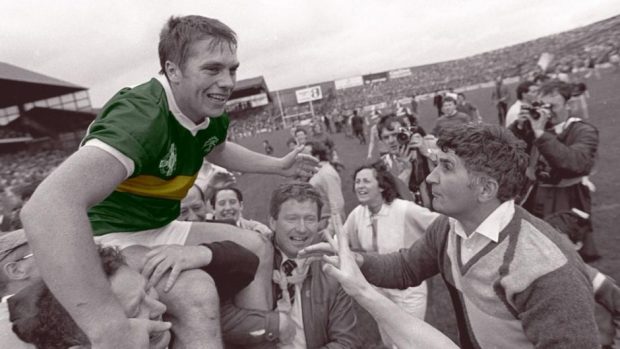 6:47pm: The sports pages make for outstanding reading today. In addition to a superb Irish Examiner piece by Larry Ryan reflecting on the randomly scheduled, multi-disciplinary brilliance of RTE’s ‘Sports Stadium’, Vincent Hogan (Irish Independent) has written an epic portrait of the late Páidí Ó Sé’s time as Westmeath senior football manager. It’s one of the finest studies of the deeply missed Kerryman ever committed to print – and to think it may never had been written were we living in non-pandemic times.

“­­He’ll always have a special place in our hearts,” according to Alan Mangan, who played in the Westmeath side, managed by Páidí, that won the 2004 Leinster Senior Football. “A week never goes by without someone or something bringing him back into our minds. But my abiding memory of Páidí is in the minutes after we won that Leinster title. He brought us into the warm-up area and gave this speech about how we should carry ourselves from that moment on. About how it was every bit as important to be respectful in victory as it is in defeat. And I just thought, that was a great measure of the man. Telling us that there was a right way to win just a there was a right way to lose. One every bit as important as the other.”

That such a gregarious, charming and irrepressible force of nature was snuffed out at only 57 is still hard to fathom. I wonder did Páidí realise just how loved he was beyond the borders of his own county? He always will be too. 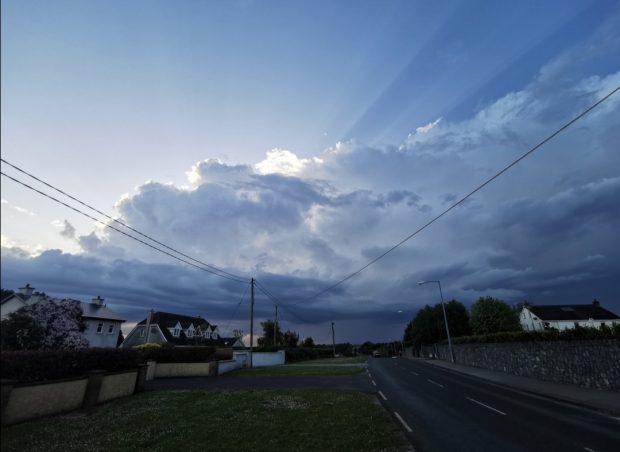 Storm clouds gather over Williamstown. Luckily, we escaped the worst of the inclemencies.

7:53pm-8:34pm: We bring Buddy and Zippy for a short walk now that it’s a little cooler out there and as we lock the front door, a distant clap of thunder comes into earshot. We head off in the direction of Williamstown Glen, by which time an overdone pavlova level of cloud is spewing overhead concealing the sun. It’s fluffy and white on top and dips between grey and mauve towards its angry rumbling abdomen. Parents in our environs have their kids out to listen to the sort of natural sound I readily associate with the mid to late 80s, an era of single paned glass in most homes, repeated mid-summer powercuts and an abundance of thunder. It terrified me. Thankfully, that fear has long since passed. We escape the worst of the inclement conditions and methinks Buddy, slouching back into his couch, is relieved to hear the rumbles abate and drift away from us.

10:43pm-11:18pm: I hit my regular loop, during which I meet six pedestrians and run the entire way around – no interval running tonight – completing the 6.41-kilometre circuit (just over four miles) in 35 minutes and 46 minutes. As I run out my final few metres, I cast my mind back some 16 months, a time when I could run about a half-mile before I had to stop. I’ve come a long way in that time – but there’s still a long way to go. I know there’s more in the legs.

11:31pm-12:09am: We bring Buddy and Zippy out for their final walk of the day. It’s incredibly quiet out and we meet only one other pedestrian during our walk between home and the Farronshoneen bus stop. By the time we get back in, I’ve covered over 25 kilometres since 7:29am this morning. It’s been about as productive, active and varied a day as I could have hoped for. 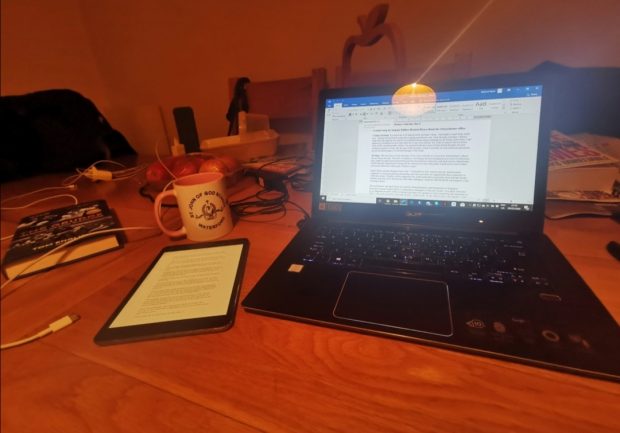