Diary From A Social Distance: Tuesday, May 12 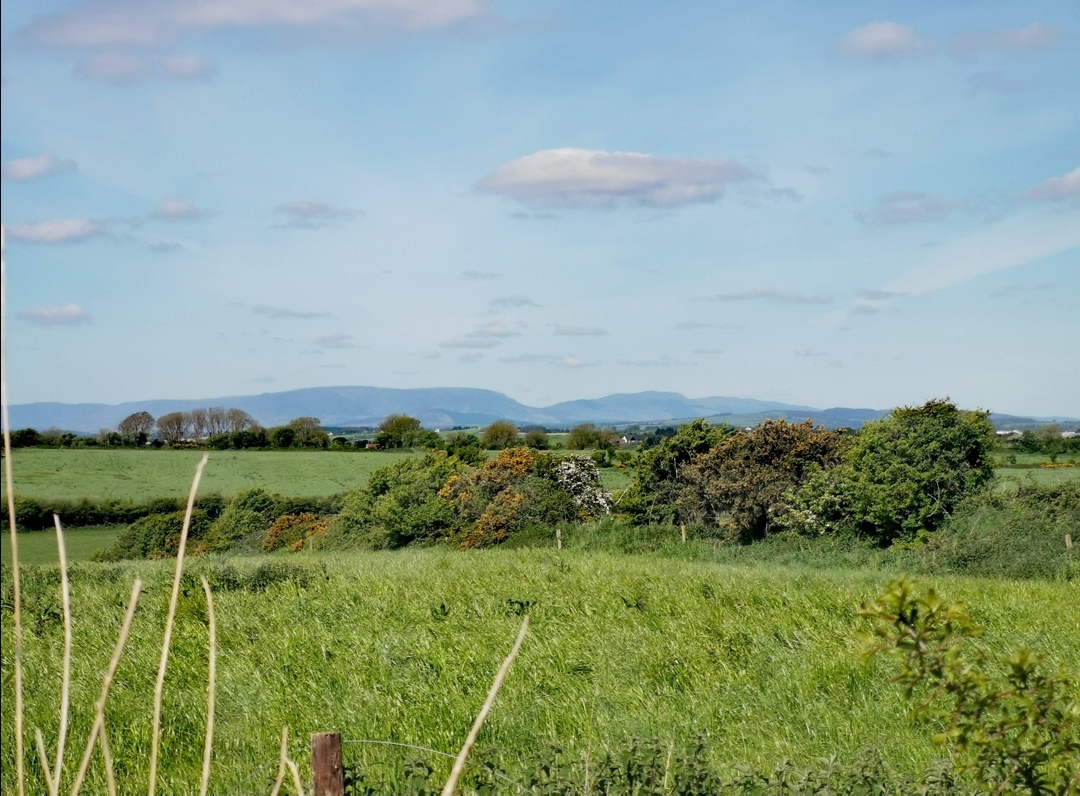 9:40am-10:27am: I enjoy another enjoyable morning walk with Buddy and Zippy during which both behave themselves impeccably. I listen to a ‘Second Captains’ podcast about the prospect of the English Premier League resuming and while I enjoy the discussion with Miguel Delaney and Jack Pitt-Brooke, I am no cheerleader for ‘Project Restart’. While relegation might yet require some out of the ordinary mechanism to ultimately decide matters at the basement, no-one could quibble with Liverpool being awarded the title right now. 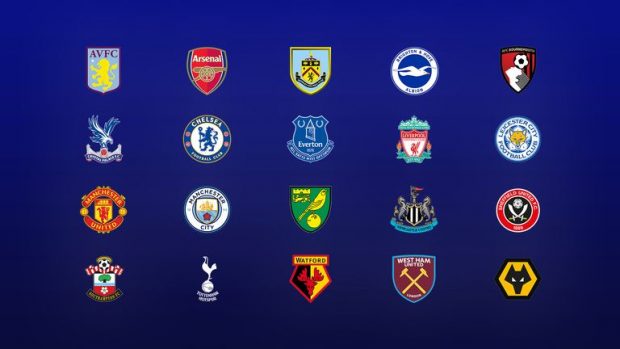 But with the FA ruling that the PL should be decided on ‘sporting merit’, the prospect of matches resuming in June remains. TV money is surely the over-riding factor here. How will history judge the Premier League if a player, coach, matchday official or TV cameraman becomes seriously ill as a result of being inside a football stadium a few weeks from now. How will anyone who loves the game feel if someone dies at a stadium? The possibility of this alone should be sufficient to make anyone in authority realise staging games shouldn’t be on the cards for quite some to come. No-one should become ill from kicking a football competitively. It’s simply not worth it.

11am-11:22am: I have a lovely chat with Lynda Gough for a future arts-related feature and she’s full of good cheer during our interview. Like myself, she’s enjoying plenty of walks of late and by the sounds of things is making the best of this unexpected social and professional handbrake application. There’s a lot to be said for having an upbeat conversation with an upbeat person and my day feels all the better for having spoken to Lynda.

11:39am: An uplifting story on page 3 of today’s Irish Times captures the essence of solidarity in the face of difficulty. “Former Irish Debenhams workers, who are campaigning to be paid redundancy payments following their own lay-off last month, have raised money to help 69 Bangladeshi employees left stranded by the company’s cutbacks,” Olivia Kelleher writes.

“The High Court appointed provisional liquidators for Debenhams’ Irish operation last month after it was told by the company that it is insolvent and could not pay its debts. However, the Irish workers in Dublin and Cork learned later that workers in Dhaka had also lost out after a clothing contract was terminated, after they saw social media video posted by the Bangladeshis…Since Saturday, the Irish workers’ group – who include long since retired Debenhams employers – have raised €5,000 so far without publicity, saying that they could ‘not stand back and allow their peers in Bangladesh to suffer.’” Talk about the salt of the earth. 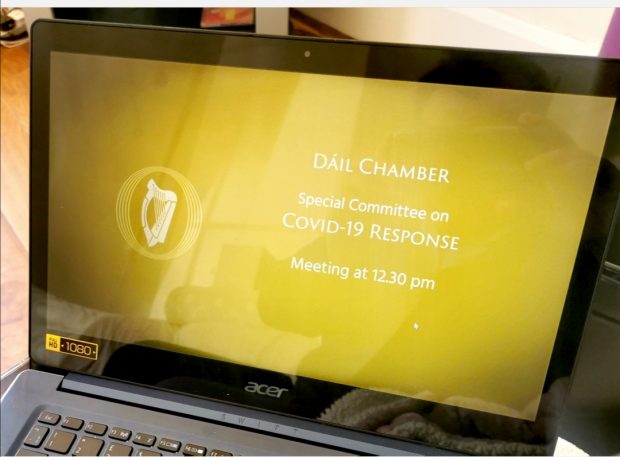 12:28pm-12:58pm: I tune into the web streaming of the first meeting of the new Oireachtas Special Committee on Covid-19 response, with Independent TD from Clare Michael McNamara being elected to the chair. Sinn Féin’s Waterford Deputy David Cullinane only wins support from two TDs outside of his own party – Brid Smith and Róisín Shorthall. Mary Butler (FF) votes for Deputy McNamara, presumably in accordance to the party whip, with Independent TD Matt Shanahan also voting for the Clare TD. If Sinn Féin wanted further proof that they didn’t win the election, this short session in the Dáil underlines it. However, an outbreak of more enlightened thinking in Fine Gael – who most certainly lost the election – as well as within Fianna Fáil – should at the very least facilitate a meeting between the three parties. I doubt if even an informal discussion will be held with a view to attempting something genuinely different. A national government with a recovery programme guaranteeing the delivery of two to three budgets might go some way to enhancing the public’s trust in the political system. Fat chance of that, though. 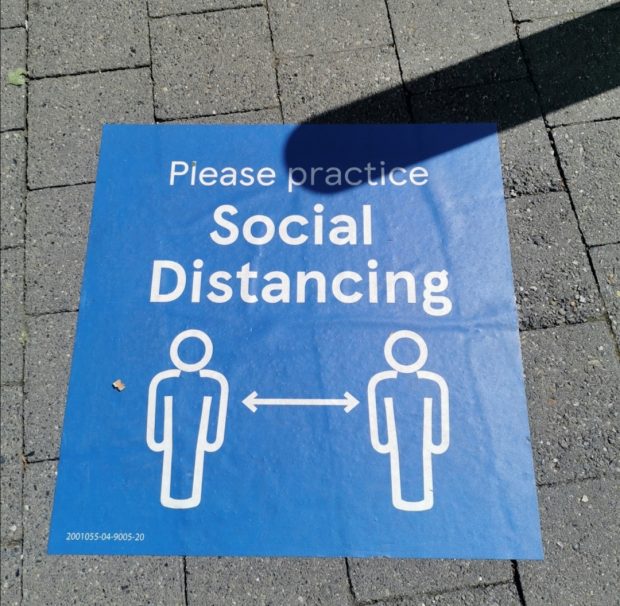 2:06pm-2:28pm: I visited Tesco Ardkeen to get milk, the papers and a few other essentials. I take my place in the socially distanced queue, apply the hand sanitiser and am ushered in by the friendly staff. The shop is incredibly calm and management deserve huge credit for putting everyone under it roof at ease. There’s toilet paper aplenty in stock. I go back some nine weeks to when I stood in this store when its shelves had been stripped bare by panicked shoppers – with not a sheet of toilet paper to be seen. Grocery store and supermarket staff have been absolutely terrific throughout this emergency.

4pm-5pm: I have two further interviews to see out the regular part of the working day, with film maker and artist Neil O’Driscoll along with musician Heather Troy Whelan. It’s always good to hear from voices I’m not readily familiar with, and both clearly possess great enthusiasm for their respective fields.

5:18pm: I have a glance through a Garda press release issued within the past hour: “From 8 April until 9 May 2020 inclusive, there were 64 incidents of spitting and/or coughing against members of An Garda Síochána. From 8 April until 9 May 2020 inclusive, members of An Garda Síochána had to use anti-spit guards 47 times. Anti-spit guards provide an additional tactical option to be considered by a Garda, as a last resort in a continuum of graduated response, in circumstances where ‘there is clear evidence of spitting now or where a member believes there is a clear and tangible threat of spitting posed by the subject’. Anti-spit guards are a lawful use of force and are currently on issue to other police services internationally.”

According to Garda Commissioner Drew Harris: “Unfortunately, we continue to see these disgusting and despicable spitting and coughing attacks on our personnel. These are a significant health and safety risk to our members in the current environment. We must protect them from such attacks.” Who’d be a Guard, eh?

8:30pm-10:52pm: I finally get yesterday’s diary entry posted, the latest I’ve posted it thus far. This piece really trickled together tonight. It felt a little like those short runs I used to do when marathon training, when my legs were lead-heavy – somewhat necessary, not remotely enjoyable yet at the end of it all I was still glad I did it. I listen to a Bee Gees medley as I hit ‘send’. My work is done for another day after a particularly drawn out column writing session.

11:52pm: I complete another 5k run on my loop in 28 minutes flat, passing a total of six pedestrians on the circuit. It was another great night to be out for a run and the pleasure derived in running without feeling a great level of pressure is perhaps the single greatest positive of these past two months. “Running allows me to set my mind free,” said Olympian Kara Goucher. “Nothing seems impossible. Nothing attainable.” I’m not quite in sync with the second half of that quote given my modest level of athletic ambition, but the fact that I’m truly enjoying running again is as relieving as it is pleasing. 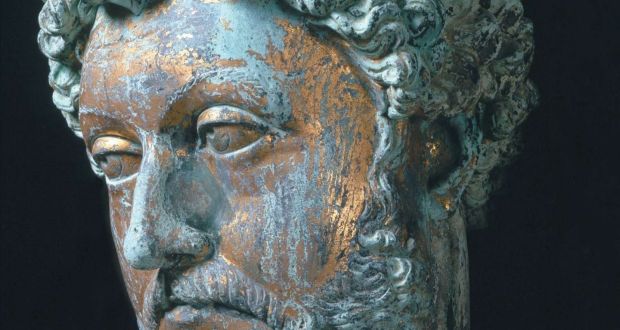 11:56pm: Before hitting the scratcher, I break open ‘The Daily Stoic’ to see what guidance it offered for May 12. Marcus Aurelius tells me: “Kindness is invincible, but only when it’s sincere, with no hypocrisy or faking. For what can even the most malicious person do if you keep showing kindness and, if given the chance, you gently point out where they went wrong – right as they are trying to harm you.” Re-reading that line, it feels like something Nelson Mandela could have composed during his incarceration on Robben Island. Those circumstances that none of us can influence and those people who don’t give a whit for what we think or feel: why waste such time on those things or those people? Marcus Aurelius remains powerfully relevant. I’m delighted to avail of his wisdom.