Diary From A Social Distance: Wednesday, May 13

Rescue 117 returning to base early on Wednesday.

Wednesday, May 13, 8:59am: I’m approaching the Gaelcholáiste in Bishopscourt when Rescue 117 comes back into view overhead, whirring its way back towards base at Killowen. The late Captain Dara Fitzpatrick is never far from my thoughts whenever the region’s Search And Rescue (SAR) helicopter flies past us, a daily occurrence given where we live.

Dara, along with Paul Ormsby, Mark Duffy and Ciarán Smith lost their lives in the Rescue 116 tragedy of March 14, 2017. In the wake of that appalling day, a deepening sense of gratitude for what our SAR crews provide us with day in, day out developed nationally: a warm blanket they’re willing to wrap around us at any given moment.

Dara’s sister Niamh has written a book titled ‘Tell me the truth about loss: A Psychologist’s Personal Story of Loss, Grief and Finding Hope’ and I will read it with particular interest in due course. I spoke to Niamh just before Dara’s Month’s Mind Mass, in the wake of attending a ceremony in her late sister’s honour aboard the Dunmore East Lifeboat.

“And the kindness and support I received from everyone I spoke to; to have people coming up and telling me about their own memories of Dara and the impact she made on their lives, there was so much to take in,” she said. “Waterford meant so much to Dara. This was her home for 10 years and it’s a place which will always be a part of her, and we will not allow that bond to break now. Fionn (Dara’s son) will come to know Waterford as he gets older; we owe that to Dara and all the wonderful connections and friendships she made here while flying Rescue 117.”

“It’s been such an awful time in our lives, the grief is still so raw, but to feel the support and the friendship I experienced in Dunmore (on Sunday, April 16), my goodness, it means so, so much to me, and I cannot thank the people of Waterford and all around the country, for the way they have reached out to us, and the families of Ciarán, Mark and Paul.” Grief is a memory that weaves itself into the pattern of your life for all the days that follow the loss of a loved one. Whoever said time heals mustn’t have buried anyone whenever that declaration was first oxygenated. The numbing sense of shock may diminish somewhat but the enormous sense of loss, speaking only for my experience, has never diminished. 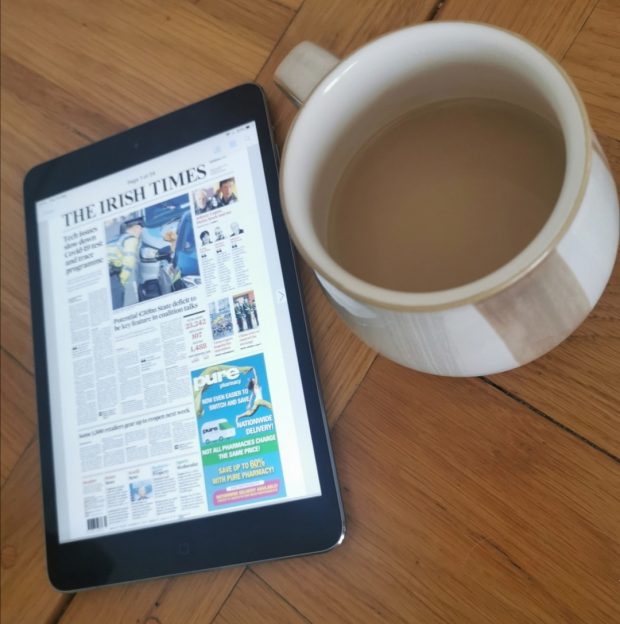 News in the palm of my hand: the pandemic has surely further accelerated the digital journalism drive.

10:30am-11am: I file a couple of pieces for the website and then schedule them for subsequent publicising via our Facebook page. This is the brave new world that us 40-something luddites, the last journalistic generation to learn their trade within earshot of a machine room and adjacent to a photographer’s dark room, has no option but to embrace. I make no apology for lamenting the demise of the broadsheet newspaper, even if the span of such pages made them more difficult to fill from an editor’s perspective. I lament no longer hearing a printing machine cranking into action on a Tuesday afternoon and the potent mixture of oil, grease and ink that such productivity catalysed. I lament not strolling downstairs on the morning of publication and seeing the sections and inserts all being sorted before being bound into bundles and brought off for delivery. Newspaper offices, by the traditional nature of a paper’s creation and subsequent despatch, were far more exciting places in the past than they are nowadays. My memory lane pitstop comes an hour before the not entirely necessary daily Zoom meeting begins. Even in-house arguments were more exciting in the old days.

11:21am: It’s time for my weekly check-in with Michael Harding via his Irish Times column. I hope he’s feeling a bit better than he admitted to in last week’s contribution. As I read on, something tells me things haven’t improved a great deal from Michael’s perspective given that birds are annoying him. “There was one little twitter that started before dawn outside my window; just one single tweet repeated for hours, like a tiny persistent creak in a mattress,” he writes. “It kept me awake, and after a few days I begin to understand what Anglo-Saxon males mean about keeping a gun under the pillow.” He recalls his uncle who had no time for starlings, a bird I must admit I’m delighted to see in our garden most days.

“Now I’m almost as old as he was when he died, and I’m severely confined by the lockdown so I’m more aware of how small things can become obsessions to a solitary man.” There’s a level of empathy I can somewhat draw upon in that respect. I’m two years younger now than when my Dad was before his health deteriorated – I was 12 at the time and couldn’t grasp the gravity of how negative a change it was for him. None of us ever know what lies ahead. Just look at the way we’re all living now, for example. I draw consolation from the fact that Michael Harding, whose writing has resonated with me for many years, remains committed to his column. It’d be great to meet with him and just chat. We all need something to focus on right now, even if it serves to differentiate just one day of each week. 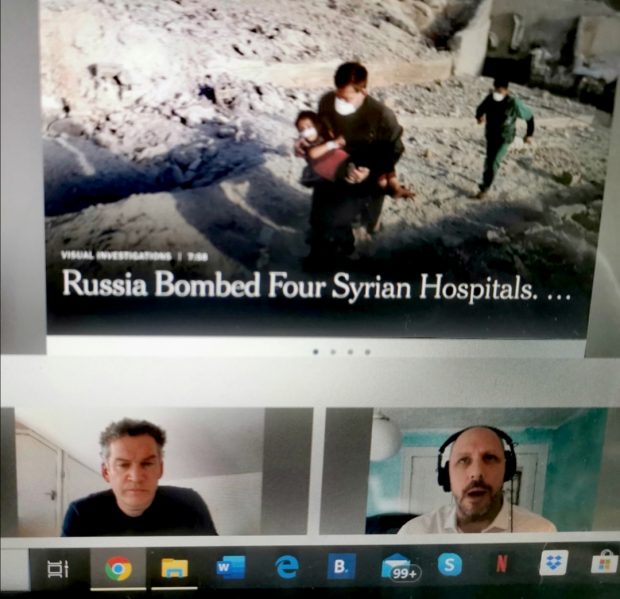 A webinar with Pulitzer Prize winner Malachy Browne was as insightful as it was fascinating.

2:30pm-4pm: I break from the afternoon norm by logging onto a Media HQ webinar hosted by Jack Murray in which he interviews Pulitzer Prize winning journalist Malachy Browne, a native of Broadford, County Limerick. Malachy is part of the New York Times visual investigations team whose work on a Russian bombing campaign in Syria was “reported at great risk, exposing the predation of Vladimir Putin’s regime” according to award organisers. He insightfully takes us through the painstaking precision of his work with the NYT in relation to both the Syrian War and the Las Vegas shootings of October 1, 2017. This data-led, second by second approach in piecing a story together shows the advances which traditional media at its best resourced level are capable of embracing and achieving in the digital age. It also proves that journalism in its purest form – establishing facts and speaking truth to power – can still be achieved with patience and diligence. It’s the furthest possible journalistic cry from the clickbait culture which has damaged the profession and eroded public trust so much in recent years. 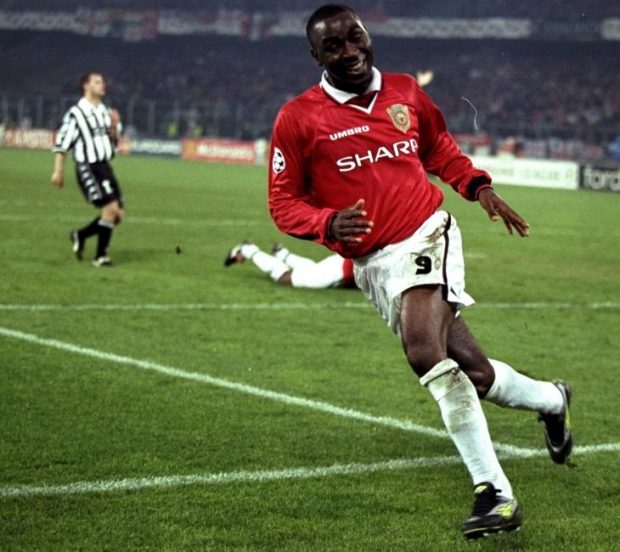 6pm-7pm: In glorious sunshine, I bring Zippy off for another five kilometre walk and listen to a ‘Second Captains Players’ Chair’ interview between Richie Sadlier and former Manchester United and Newcastle United striker Andy Cole. There’s no talk about football whatsoever and it’s all the better an interview for it. I didn’t imagine a Michael Harding column, my late father’s ill health and Andy Cole’s post-kidney transplant experience would all fall into a somewhat shared headspace today. Then I factor in my earlier thoughts about Dara Fitzpatrick and one might be forgiven for thinking that I’ve been somewhat sullen or even a little bit low today. But I genuinely don’t feel I have been. If anything, being reminded of other’s misfortunes today has made me more aware of my own good luck, primarily the fact that I am physically and mentally healthy. 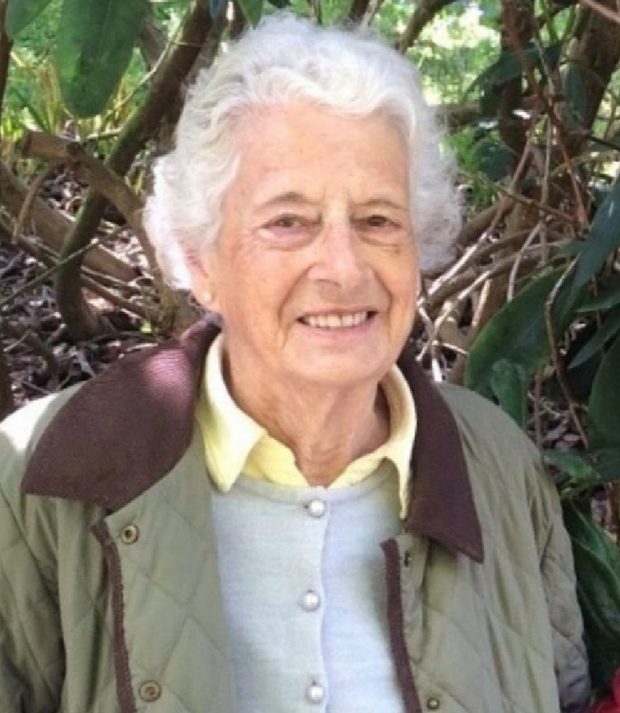 The late Pamela Jephson, co-founder of Ardkeen Stores who died on Sunday last.

8:15pm-11:07pm: I spend another evening procrastinating over my latest diary entry, vowing to get it written a great deal earlier tomorrow and then have to file a piece about the late Mrs Pamela Jephson, the co-founder of Ardkeen Quality Food Store who died on Sunday last. The Jephsons are commercial trailblazers and they should take enormous pride in the business they’ve built and the esteem in which their enterprise is held in. That affection has been well earned. One useful measure by which to establish the quality of any workplace is to assess it by its staff and to consider the service levels of individual staff members. Ardkeen Stores can call upon years of experience on its shop floor, which is indicative of the business Pamela and her husband Robert established back in 1967. May she rest in peace.

11:46pm-12:03am: I join herself and the two dogs for our final excursion of the day – I have a night off from running having walked two five-kilometre loops already today. Within minutes, Buddy is up on his hind legs, dancing like a hovering pugilist at the sight of oncoming traffic. On our return home, a fox crosses the Williamstown Road and, in an orange flash, disappears into the ditch. I’d seen a fox darting into Grantstown Park the previous night while out running and I wonder have I seen the same animal tonight? I also had a lovely drawing of a fox sent to me via WhatsApp earlier today so it’s been a delightful 24 hours on that particular front. It’s an animal that has intrigued me since childhood; I hope I’ll see many more on the many walks that lie ahead of me.

A somewhat heavy day draws me back to ‘The Daily Stoic’ and I’m grateful for the words of Epictetus which mark the May 13 entry. “Every habit and capability is confirmed and grows in its corresponding actions, walking by walking, and running by running…therefore, if you want to do something make a habit of it, if you don’t want to do that, don’t, but make a habit of something else instead. The same principle is at work in our state of mind. When you get angry, you’ve not only experienced that evil, but you’ve also reinforced a bad habit, adding fuel to the fire.” This really is a time for prioritising good habits – and adopting new ones.