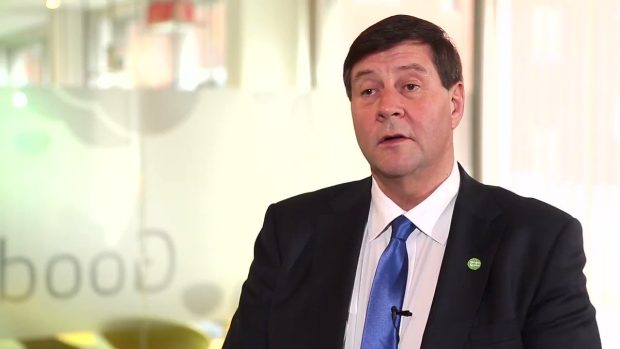 When asked how the plant has fared so well thus far by RTE Radio’s CountryWide presenter Damien O’Reilly, Mr Nolan stated: “In fairness to our Managing Director Niall Browne, right from the get-go, back as early as late February, he put together a Covid team of senior directors and they have come up with policies and actions that we implement based on the best advice and the examples and experience that they have found to be existing elsewhere. And what they do is they meet daily and indeed at the weekends and the information is constantly updated because we’re in a fluid situation and that cascades to all the staff in all the Dawn Group sites through the individual site Covid teams.”

This news is in contrast to the virus clusters that have been reported in both the Republic and Northern Ireland, with Thursday’s Irish Farmers Journal reporting 571 confirmed linked cases of Covid-19 in the State, with 12 cases hospitalised. In the North, one Moy Park factory worker has died from Covid, the only recorded fatality in the sector across the island since the pandemic began.

Stressing that he could not talk for the experiences of plants operated by other companies in the sector, Paul Nolan said: “We just felt at the time it was prudent to be pro-active in this and we’re very glad for obvious reasons that we’ve done that now.”

Regarding the temporary closure of its plant in Kilbeggan on May 1 after four workers had tested positive for Covid-19, Mr Nolan told Damien O’Reilly: “It’s well documented the action that we took in those places.” In a statement following the closure, Dawn sed it had taken that decision “out of an abundance of caution”.

Caution at a practical level is also being put into daily practice at Grannagh as this morning’s broadcast illustrated.

From the plant’s boning hall, Paul Nolan stated: “We have quite a number of people working on breaking the product down from hindquarters to forequarters and into the individual cuts that our customers are looking for. As you can see, this is quite a labour-intensive room and if you’d been here four months ago, you’d have seen all of these individuals working cheek by jowl if you like – side by side. Today, because the work still demands that operation, what we’ve done is we’ve put in Perspex barriers between each worker so they’re now working in cells so they are actually physically distancing from the individual two metres next to them, on their left and on their right.”

Paul Nolan said this ‘Perspex wall’ was used in the “most labour-intensive part of the business” while visors (the personal property of employees) were applied over the helmets of packing staff. These visors are then sanitised “during the down periods by ourselves for them,” he added.

Emphasising that there’s “no communication problem” among Dawn’s multi-national staff, Paul Nolan said: “We have successfully implemented a system whereby we inform our employees about whatever the issues are, both pictorially and in terms of their own language as well so it’s a double hit. We know that it works because of the feedback we get from them; they (the staff) get it and they appreciate the information that’s there and they do thankfully absorb it.”

Mr Nolan said management had implemented a Covid-friendly protocol, adding: “Our policy is to encourage anyone on site who is feeling unwell to report it and if they do, there’s a series of actions that is actually documented and given on paper to every employee so that they know that there is no fear and that there is actually a very clear path…our aim here is if you have a problem, the quicker you identify it, the quicker you can act…and staff welfare is absolutely number one…nobody wants to see anyone sick.”