ON THE SPOT: Bernard ‘Bonjo’ Thompson 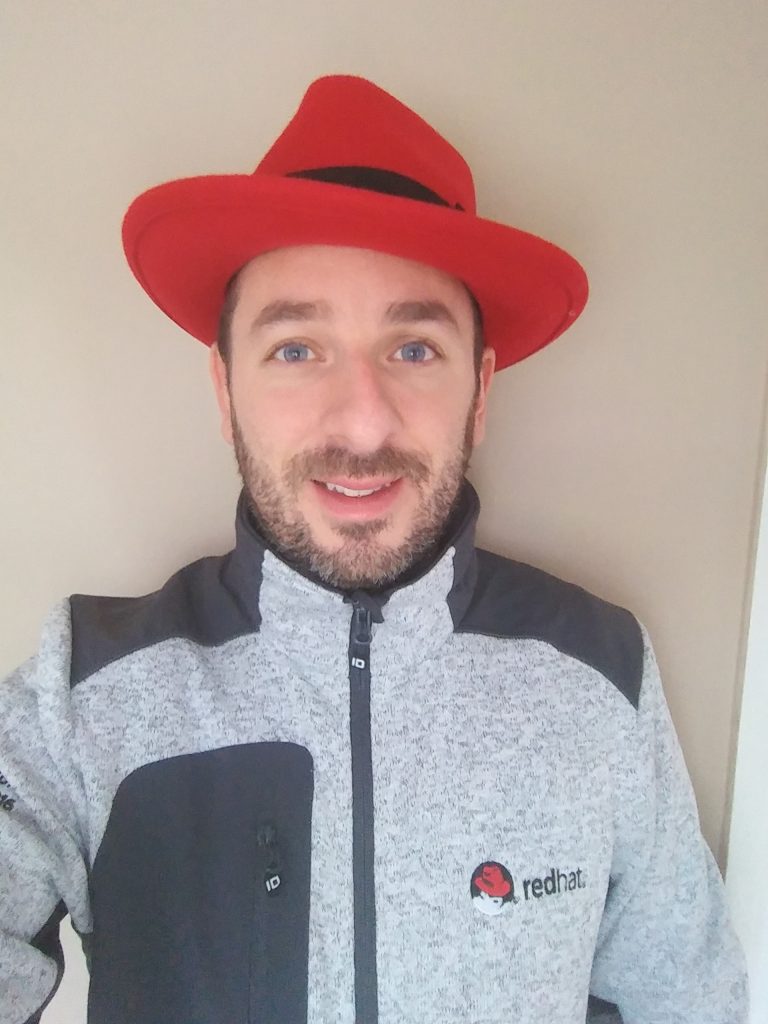 Bernard “Bonjo” Thompson (37) is a proud Waterfordian, originally from Ossory Drive, Lismore Lawn but now living in Ballygunner. Bernard is married to Nicola, dad to Emily and Chloe and son of May and Francis Thompson. He formally worked at Waterford Airport but after five years studying part-time at WIT, he swapped the ramp life for the office life where he’s now working for Red Hat as a Graduate App Development Consultant.

Life in a Day
Mornings are packed with the madness of getting the kids ready and out the door. Once in work you will often find me looking at walls of code on a screen while also having the occasional game of pool in work. In the evenings I get to spend time with the kids messing about and when they hit the bed, I’ll either go for a run or have college work to do. By 10pm the wife and I might get to sit down for a catch up! The weekend is then the break from the madness where we drop everything and go explore our wonderful county. Like everyone during Covid-19 my typical day has changed dramatically as I am presently working from home while also minding the girls.

What school did you go to?
Mount Sion CBS. Mostly remember yard hurling with Brother Griffey and Brother Dowling, while watching City Square being built from the top class in the Primary Days. I always loved to day dream and doodle in school, that’s probably why it took me so long to attend college!

What teacher do you remember most vividly?
I remember a lot of the teachers, I previously mentioned Brother Dowling and Brother Griffey. I think anyone who attended the primary will remember their passion for GAA and I have great memories of the yard league, especially final days, they were epic!
From the secondary school it would have to be Mr. Kennedy, now the principal. Back in the day maths wasn’t a strong subject for me. I was really struggling coming up to the leaving and I spent an extra evening or two with Mr Kennedy and thanks to his great work and patience I did quite well in the leaving cert.

What advice would you give your 15-year-old self?
Me at 15, god I was very immature back then, probably still am now! I always had a fear of failing or overthinking what could go wrong. So my advice to me at 15 would be to embrace failing and it’s ok to get stuff wrong, as that is how we learn. Also life at 15 everything seems a big deal when in fact the majority of times it isn’t so just relax and enjoy your teenage years.

How do you relax?
Due to family life, working full-time and studying part-time, I haven’t had much time to relax but I am getting better at it. I love to run, that’s probably my go to for relaxing and clearing my head. Now that the studies have come to an end, I’ve cleaned the dust off my PS4 and enjoy a bit of FIFA and Call of Duty. Stick a bottle of Bulmer’s in there or a hot whiskey and I am relaxed and happy out.

What is your favourite film and piece of music?
A colleague of mine David Fan will laugh when I mention my favourite film. Transformers The Movie from 1986. I know, I know it’s cartoon and there are hundreds of better movies out there so in my defence, the main character Optimus Prime was killed off and then his successor Ultra Magnus was also killed off. It taught me from a young age that even heroes or good guys can die.
I’d find it hard to pin point one piece of music, I love all kinds of music, I would listen to almost anything. If I was to pick a favourite it would probably be a toss-up between, (ugh this is so tough), actually I can’t pick, sorry! Ah feck it, I’ll go New Order Blue Monday.

When was the last time you cried?
Now there’s a question, I don’t actually know, I came close when the girls were born but no tears were shed. I would be close to tears at any programme on TV which is about kids having a serious illness.

What has been your happiest moment of recent times?
I think it would be landing my role at Red Hat. I went back to study part-time at the age of 30, there’s a bit of doubt in your head, is it worth it, will you get anything out of it and to land a job in one of the best companies in Ireland, arguably globally, especially after a difficult number of financial years due to my previous employment, the hard work paid off.

Do you pray?
Anytime Waterford play! Honestly a little I guess, not so much praying but I’d often have thoughts of those who have passed away, family members etc.

What is your biggest fear?
Not sure I have one, the older I get the less fear I seem to have. Actually I probably have a fear of the kind of world that the girls are growing up in. The social pressure from social media is immense on kids and teenagers now. Something I am glad wasn’t around in our day.

What is your most treasured possession?
I have one that I can’t mention, family secret. Curious now I bet! Anyway I can’t say that one, something else I have is Tony Browne’s jersey from the Waterford V Galway 1998 All Ireland Hurling Quarter final where Tony played a blinder and went on to win hurler of year that year. As a big Mount Sion and Waterford fan it is easy to see why this would be a treasured possession.

What is your favourite thing about living in Waterford?
Quality of life for family. Beaches, mountains, greenway all within a few minutes from the city. So many trails and walks, the options are endless. I also love the people of Waterford, we are a resilient bunch, we have had our fair share of knocks over the years and continue to have but we always seem to come through.

If you could change one thing about Waterford, what would it be?
Have a minister in government for starters! Anyway you said one thing. Removing the car parks from the Quays. Such a magnificent waterfront and terrible to see it under used. Would love to see an urban park along the south quays with nice café bars, marine events, adventure centre activities such as rock climbing and the likes. Hopefully the North Quays can enable this.

Driving while intoxicated increasing during lockdown

Box of donations stolen from Cathedral

Hospital battling ‘against the odds’