Diary From A Social Distance: Saturday, May 16 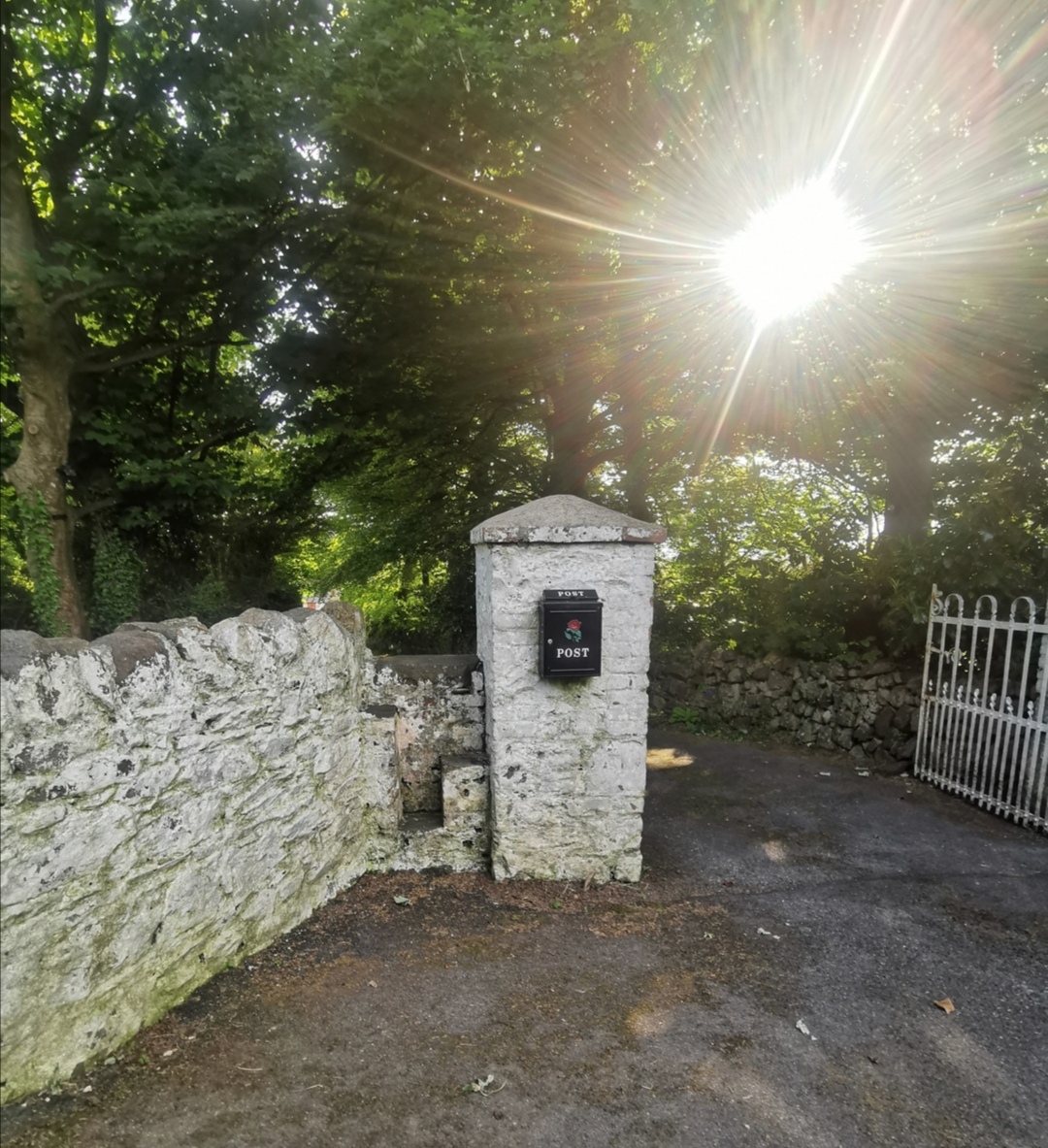 Saturday, May 16, 9:03am: I surprise myself by sleeping for almost seven hours, which brings my average sleeping time for the week to a minute shy of six hours. The restorative power of sleep cannot be underestimated and I’ll do my best to get some further shuteye in over the next week. It’s not that I’ve been in particularly crabby form or anything like that – at least I hope I haven’t been – but I know I’ll be all the better in pretty much every way by sleeping longer.

A few Facebook posters have accused me of clickbait in relation to how I presented the ‘Sarah M’ livestock ship story in Dunmore East yesterday. I can only presume that the few people who have described the story in such terms haven’t paid all that much attention to what I’ve been doing for the past 21 years. But do you know what? That’s absolutely fine. I’m perfectly fine with people taking a view that runs contrary to my own. After all, I’m not exactly in Salman Rushdie territory following the publication of ‘The Satanic Verses’.

I’ve never seen much point in getting into massive online arguments either – it’s wasted energy as far as I’m concerned. Incidentally, the May 16th entry in ‘The Daily Stoic’ courtesy of Epictetus captures the essence of why there’s no point challenging some anonymous online blowhard. “If you don’t wish to be a hot-head, don’t feed your habit. Try as a first step to remain calm and count the days you haven’t been angry. I used to be angry every day, now every other day, then every third or fourth…if you make it as far as 30 days, thank God! For habit is first weakened and then obliterated. When you can say ‘I didn’t lose my temper today, or the next day, or the next day, or for three or four months, but kept my cool under provocation,’ you will know you are in better health.” Talk about words to live by.

9:26am: In his Irish Times Magazine column, Sean Moncrieff recalls wearing a dress while presenting his Newstalk show for a recent ‘Formal Friday’ fundraiser and the online reaction in generated. “One chap on Twitter exclaimed that he ‘wouldn’t be surprised’ because of the ‘agenda’ I push, while several others – clearly with some expertise in the matter – discussed how I hadn’t prepared my body.” Moncrieff said the online reaction to his donning a frock broke down into two main categories: “1) People who went along with the joke: ‘you go girl’. 2) People who feigned disgust: ‘I can’t unsee that’. Both types of reaction were largely jokey and what you might expect. However, it was striking that the overwhelming majority of people in category 1 were women, while the overwhelming majority in category 2 were men. You can’t help but wonder if, beneath the humour, they felt a little threatened.”

Moncrieff said the word “disturbing” was heavily used by more of the category 2 commentariat. “I’m not claiming that the category 2 people were bulging with barely contained bigotry. I get why they may find the picture disturbing. But perhaps what that reveals is that prejudice – mine and yours – isn’t always that easy to escape. We can’t just switch it off. It takes work.” 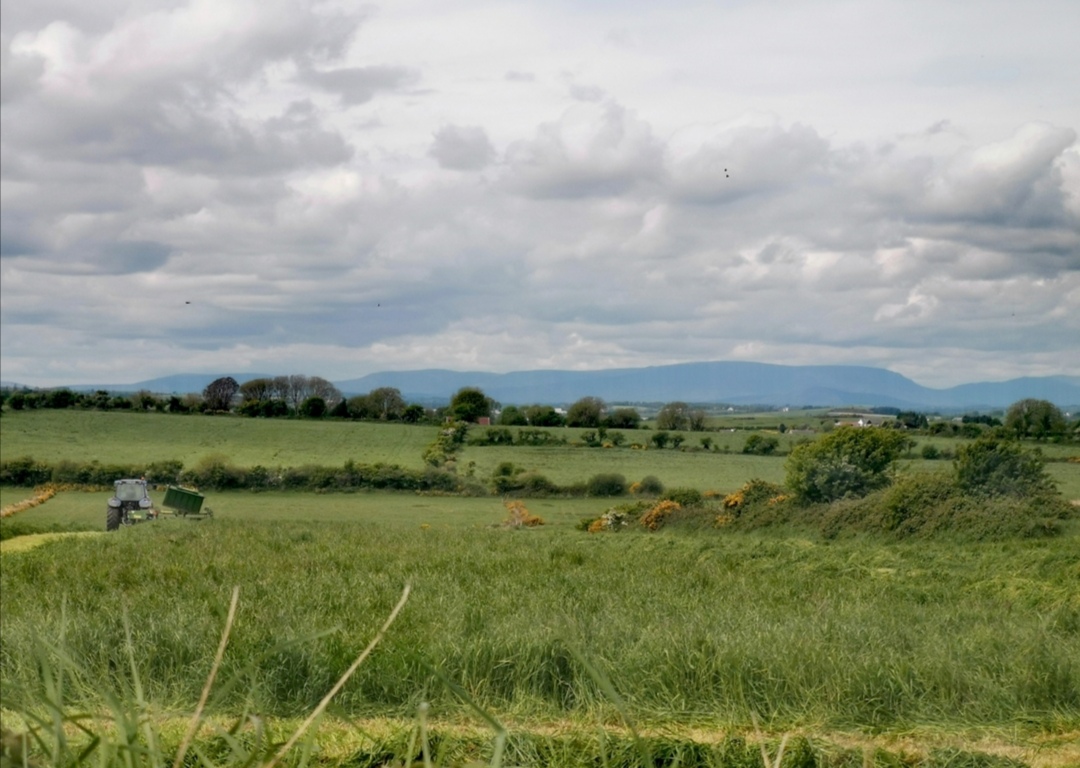 Silage being cut near home: a sign of how deep into the year we are.

11:06am: I’ve got the dogs out on our regular rural-urban walk and, given the time of year that’s in it, there’s silage being cut in several fields. The freshly cut sward is an altogether more benign aroma than slurry and reminds us of how deep we are into this out of the ordinary year. Country roads will be increasingly busy over the coming weeks as massive tractors ferry massive trailers loaded down with silage. When I lived in Faugheen, three miles from Carrick-on-Suir and just minutes from the Tipperary/Kilkenny border, this time of year saw the area’s narrow roads regularly populated by tractors, largely driven by lads in their late teens, bombing along. No doubt they are again. Those of us not cutting silage and out for walks would regularly clamber partly into a ditch to avoid the speeding tractors. What rush were these lads in, exactly? I could never get my head around their hastiness behind the wheel of such a powerful vehicle.

Now, I’ve no idea about the age of the tractor driver whose silage trailer took out a good chunk of the Kings River bridge yesterday in the Kilkenny village of Kells when it tipped over. And it doesn’t really matter either, let’s face it. Thankfully, no-one was hurt on a stretch of road I know well – I used to drive through Kells every second Friday for almost five years – and it’s a beautiful spot, a real hidden treasure in South Kilkenny. But anyone ferrying silage from point A to point B would do everyone a favour this summer by simply slowing down. I know these lads have an important job to do over extremely lengthy days but the narrow roads many of the rest of us use aren’t exclusive tracks for their use over the next few work-intensive weeks. Just slow down a bit, please. Thanks.

1:17pm-3:26pm: I assemble and post yesterday’s diary entry and remember that someone else made a comment to me about the blog while out on this morning’s walk – at least I think that’s what it was about. “So that’s the end of social distance,” a man strolling past me (I’d headphones on at the time) intones. “Yeah, that it’s it, sure there’ll be plenty of other things to write,” I just about mumble out in response. A few other people online say a few nice things about the blog today, which will continue albeit with reduced regularity beyond Monday. It may not have been widely read but I’m very proud of it nonetheless.

5:15pm: Martina Devlin has penned a thought-provoking column in today’s Irish Independent regarding the drawn-out government formation talks, given that Monday next will mark 100 days since the general election. “Isn’t it time the politicians’ bubble was popped? And since they can’t seem to pop it themselves, let’s amend the Constitution to make it happen. Here’s how. I propose that citizens be invited to vote on a constitutional amendment at the next available opportunity.”

Devlin writes: “In future, where parties cannot reach agreement on government formation, a general election should be deemed triggered after a specified number of days. My preference is for 30 days but perhaps some might wish to err on the side of generosity and offer them 60 days. Nothing like a deadline for focusing the mind.”

It’s certainly a ball worth hopping as voters deserve better than the slow drip progress towards whatever government will be formed over the next four to six weeks. It’s worth recalling that Belgium went without a government for 541 days during the 2010-11 period so while I’m not keen on us chasing down that record, Ireland remains some way off matching that unenviable democratic low water mark.

5:35pm-6:05pm: I listen back to this morning’s ‘CountryWide’ programme on RTE Radio One in which Damien O’Reilly interviewed Dawn Meats’ Paul Nolan at the company’s Grannagh plant. The facility remains Covid-19-free, and Paul says the company is acting in accordance to already established guidelines. “Our aim here is if you have a problem, the quicker you identify it, the quicker you can act…and staff welfare is absolutely number one…nobody wants to see anyone sick.” I file a piece for our website based on this morning’s interview.

7:07pm-7:47pm: Tesco Ardkeen is incredibly calm when I pick up a few bits and bobs for both tonight’s dinner and the next few days. The social distancing protocols couldn’t be displayed with more clarity, but that still doesn’t stop someone in front of me turning into the entry ‘chute’ on the way out when a sign clearly in front of both of us asks shoppers to stay left when exiting.

8:18pm-10:30pm: We watch another two episodes of ‘Star Trek: Enterprise’ via Netflix (we’re deep into its third season) and for the life of me I cannot understand why the show was prematurely cancelled. Not only is it good ‘Trek’, it’s good TV and a great deal better than either ‘Discovery’ or ‘Picard’ both of which are still on renewal. 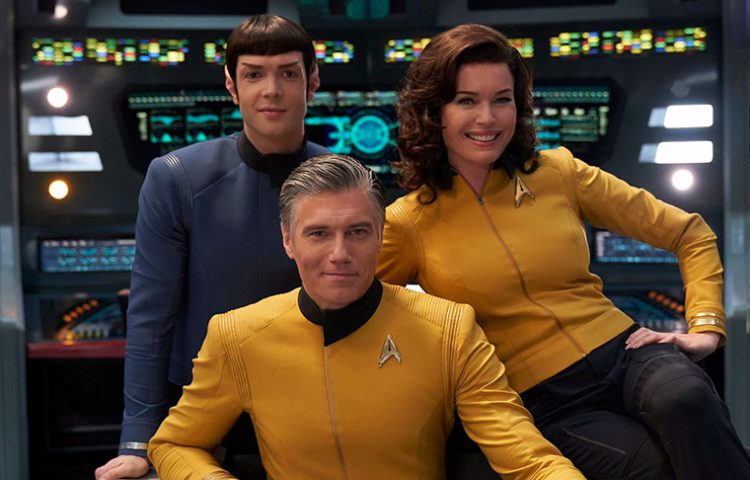 In positive ‘Star Trek’ news, a new series focusing on the voyages of the Starship Enterprise under the command of Captain Christopher Pike (starring Anson Mount) has been confirmed by CBS All Access. Mount, along with Ethan Peck (Spock) and Rebecca Romijn (Number One) all made ‘Star Trek: Discovery’ a better watch, so much so – particularly in Mount’s case – that the clamour for a Pike-led show was wholly justified. Fans are being promised a ‘Trek’ show which captures the optimism of the Original Series which starred William Shatner and Leonard Nimoy. Could ‘Strange New Worlds’ do for ‘Trek’ what ‘The Mandalorian’ has done for ‘Star Wars’? I can only hope.

10:52pm-11:21pm: We take a ‘Star Trek’ break to bring Buddy and Zippy for their final walk of the day. A few nearby cats make both a touch excitable at the onset of their stroll but they soon settle down and enjoy the ramble. We do too, knowing we’ve got more adventures with the crew of the Enterprise NX-01 to enjoy upon our return. I think we’ve managed to make today feel like a regular Saturday – and that’s well beyond fine with me.