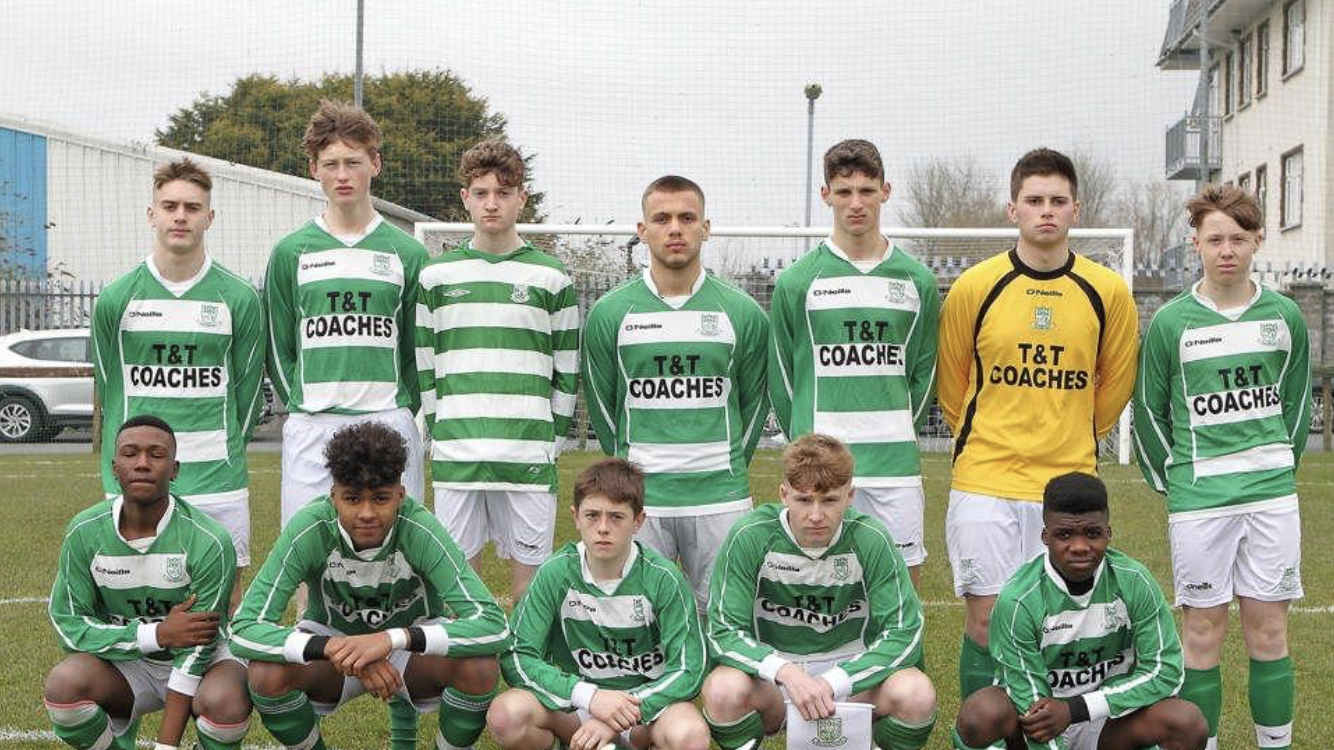 Villa will not get the chance to play their Skechers SFAI Under 16 Cup semi-final against Cherry Orchard on the back of the SFAI decision to cancel all competitions in 2019/20 season. The 2020 Kennedy Cup has also been called off.

The SFAI (Schoolboy Football Association of Ireland) have confirmed that the Kennedy Cup and the Skechers National Cups have fallen victim to the Covid-19 Pandemic in a statement that was issued by administrator Simon Walsh to all league affiliates including the Waterford Schoolboy League this afternoon (Monday).
After the FAI issued a safe return to football roadmap on Friday that could see underage players return to training on August 10, the window of opportunity between August 28 and October 11 allowed for these competitions to be complete, but the SFAI Executive have made the common sense approach to cancel.

NULL AND VOID LIKELY
While no formal decision on the outcome of the 2019/20 Waterford Schoolboy League season has been made up to this point, it’s widely expected that the league committee, who meet tomorrow (Tuesday), will follow both the DDSL and NDSL in declaring the current season null and void.
It has to be said that it was always the view of the Waterford Schoolboy League committee that they wouldn’t return to action until the schools were opened and with the SFAI statement confirming this, it would be impossible for them to finish their season before October 11.
There’s no doubting that this decision will be a very difficult pill to swallow for a lot of teams that had reached the semi-final stage of the Skechers SFAI National Cup including Villa, who were due to meet Dublin side Cherry Orchard in the last four before the Pandemic hit.
It will be also a difficult time for the young players in Nicky Denn’s Kennedy Cup squad after it was also confirmed that the 2020 tournament that was due to be played in Limerick starting on June 9 won’t be played this year. A decision on the situation of the Waterford Leagues is expected in a statement in the coming days.

SFAI STATEMENT
The full SFAI statement read; “At its video conference meeting on 16/5/2020, the SFAI Executive Committee decided that all of its member Leagues shall be eligible to recommence fixtures and football activity once the schools have reopened, the weekend of 5/6 September next being the most appropriate date to effect the
restart.
“The restart will of course be subject to strict compliance with any Government agencies and the FAI’s medical director Dr. Alan Byrne’s directions surrounding the Covid-19 virus pandemic. With the uncertainty of the health situation and its restrictions it was agreed to clarify the situation and cancel the staging of the 2020 Kennedy Cup tournament, it was also agreed that SFAI competitions at both Skechers Cups and SUBWAY competitions levels, which have not been completed up to now, will not be completed.”