PHOENIX: ‘We must rediscover Waterford city’ 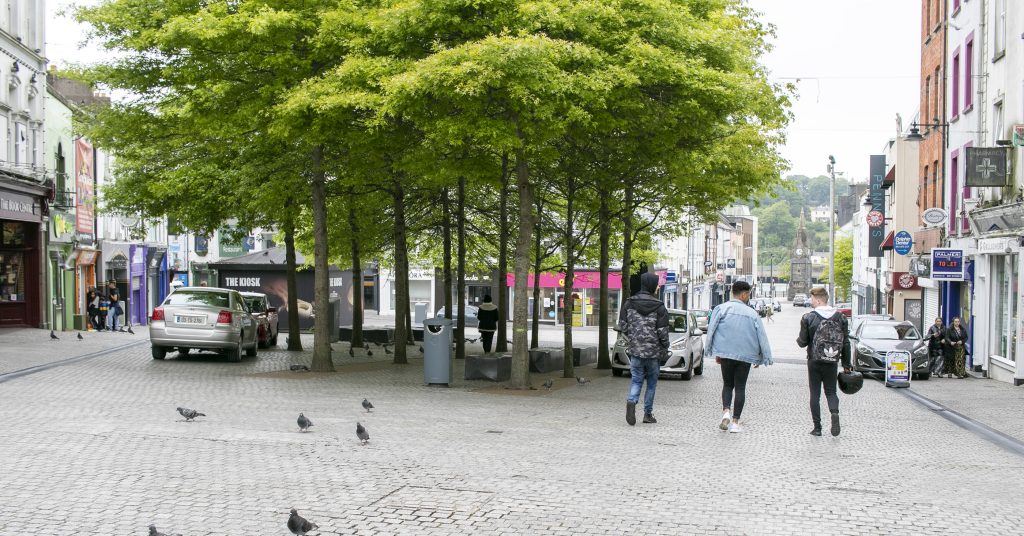 Phoenix: ‘We may not have the sophistication or wealth of European cities, but do we understand what the place we live in is all about other than as a workaday sort of commercial place?’

DURING the current lockdown I have taken refuge in reading, especially given the times that are in it, and the need for co-operation between countries, European history. It is an almost essential subject. The 8th of May marked VE day, victory in Europe day and the end of the Second World War on that continent. The fighting on all fronts in Germany as the allies closed in on Hitler’s regime during the spring of 1945 was ferocious. It was a fight to the death for National Socialism in that country. Films of German cities taken in the immediate aftermath are almost unbelievable. The extent of destruction is almost unbearable to look at as young men from Britain and the USA dropped bombs from airplanes on historic cities they had read about in school a few years earlier. It is also hard to grasp how one of the most sophisticated and cultivated countries in Europe could find itself in the grips of a lunatic and despotic leadership, but current events in Britain and the USA show how democratic politics can throw up strange, to say the least, oddities. That debate is for another day.

‘We must rediscover the place… Heal the empty sites in the city centre. Have people living in the historic centre. Create a living city.’

During the latter stages of the war in Europe, the British bombed Germany at night and the massive US air force bombed it by day ostensibly to break the will of the German people and destroy the capacity of the country to continue fighting a war. The man in charge of deciding targets was Sir Arthur (bomber) Harris. He implemented Churchill’s policy of “area bombing” of cities and people. What was done has long been controversial and historians argue about it still. Germany was replete with ancient towns and cities, many of them still with dense medieval centres full of timber framed houses built along narrow streets. The impact of bombs and especially incendiary bombs on such towns and cities can only be imagined and air raids often resulted in fire storms which raged for days where temperatures reached incredible levels. It’s hard to contemplate the destruction of great cities like Hamburg, Berlin, Cologne and Dresden. Pre-war images of the self-same places available on the internet give a graphic view of the damage done and the history that was lost.

What has devastation in Germany to do with Waterford you may ask? Anyone familiar with that country will tell you that almost every town and city embarked on reconstruction, even where resources were scarce, almost immediately after the war. People will have heard of the reconstruction of the baroque Frauenkirche church in Dresden, which was completed in 2005 and topped off with a gold cross, a gift of reconciliation from the British people. After the bombing, its ruins were left in the centre of the city in a great pile for 50 years. Frankfurt has spent untold millions rebuilding in almost forensic detail their old town and the processional way to the cathedral in that city. A sense of civic pride underlays these decisions and an understanding of the importance of the city as an historic entity. In Ireland, people will recall Dublin, Waterford and many other urban areas of the mid-1980s, where central areas were semi derelict. Visitors from the continent still asked “why has the town not been rebuilt after the war”? The historic centre of Waterford city had almost ceased to exist. Peter Street, High Street, Arundel Square, looked like Berlin 1945. Of course money was available in Germany for massive rebuilding and that work continues to this day, but it’s all to do with how you see yourself.

Waterford is facing a fork in the road and is in a difficult place. We may not have the sophistication or wealth of European cities, but do we understand what the place we live in is all about other than as a workaday sort of commercial place? The work on the various museums and on the public realm in the city is exemplary and a tribute to council and effort, but are the 32 councillors who represent the people and in particular our 18 metropolitan councillors really engaged with our city as a city? Some perhaps are. Others appear bound up with party politics or the routine of footpath fixing and traffic light erection. Will this really position Waterford city as a vibrant historic centre, attracting business and work as we emerge from the pandemic?

In recent days a survey was published on line from a marketing agency on behalf of council looking for ideas about positioning the city. A single A4 page, four question survey, devised for primary school children. Why are we employing an agency at all, just ask social media? Sure haven’t we great talent here altogether? Is this where we are at? Is the oldest city in the country desperate for someone, anyone, to wave a magic wand which might give us higher profile and make us ”sexy”, instead of healing the wounds in the place? We must rediscover the place. Reopen Peter Street in City Square. Spend money on that. Heal the empty sites in the city centre. Have people living in the historic centre. Create a living city. On entering the city for the first time, do you feel that sense of pride? Do our quays scream quality and style? Do our business premises broadcast pride? Do the owners understand? Would that argument or proposition even dent the commercial or “business” head? Looking at the decapitated historic lamp standard outside city hall which disgraces the city, the council and the business community (if they even see such things) I have to wonder. Do we know where we are going?

The lack of university designation has crippled Waterford because it deprives us of the ability to compete on level terms with Galway and Limerick, once regarded as our peer cities. Limerick is now a generation ahead of us, Galway, many times more. We can see and feel the evidence of economic divergence all around us. Once, economies depended on ports, railways and manufacturing. We could compete on that level. Now, the knowledge is at the centre of things. The unkept university promises and the undermining of UHW by Fine Gael since 2016 are designed to prevent the emergence of Waterford as a true regional city. Dr Ray Griffin and his colleagues at WIT have been vehement about the deficits that affect this area and the investment denied us. We have hardly recovered from the terrible effects of the great 2008 recession and are economically weak. In that weakened state, we face into the aftermath of the most serious pandemic to have hit the world in a century.

No one can foretell what will happen when the new “normal” asserts itself. The only certainty is that Waterford is much weakened commercially, economically and politically. Headlines suggesting that, “Waterford will get a junior minister” in some new government are risible and underline a lack of ambition and an acceptance of second tier political status. When Leo Varadkar spoke here in July 2017 he said that “Waterford will not be overlooked or forgotten”. He also said, “The success of Waterford in the decades to come, will be a litmus test for the Republic of Opportunity of which I speak – one in which every part of the country has an equal chance to share in our country’s prosperity.”

Does anyone believe that, or accept that it is a true reflection of how this city is seen and has been resourced by the state we live in?