Shave or dye for Bomber fundraiser off to a flyer 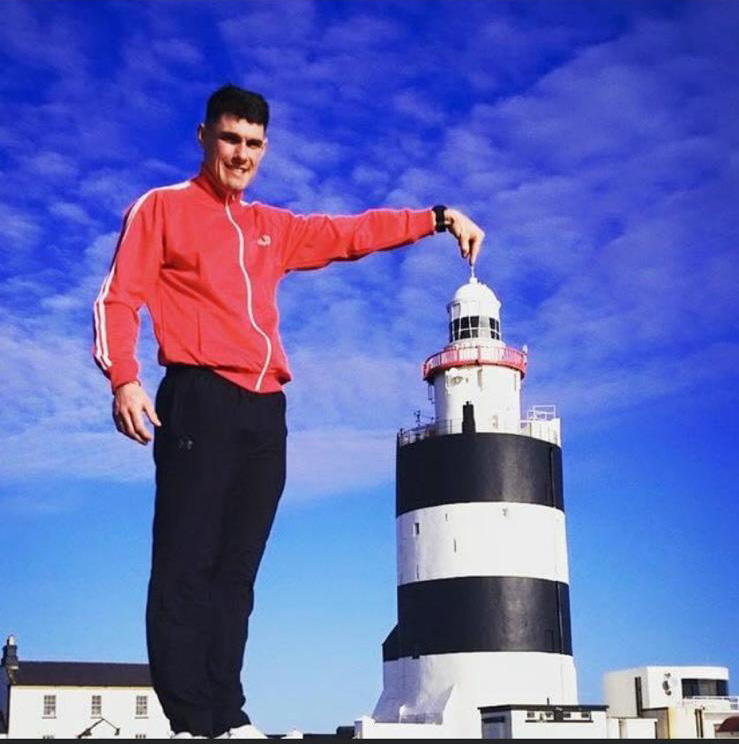 While most of us are struggling to keep our eyes open watching the Late Late show on a Friday night (no offence meant), one Waterford City man had a light bulb moment watching the programme last weekend.
Thursday, May 19, was the first anniversary of Robbie ‘Bomber’ Bresnan. Robbie was well known in Waterford sporting circles especially through his association with Villa FC and Mount Sion GAA Club. He died in Toronto in Canada in 2019.
“Bomber’s anniversary was Thursday and he was on my mind all that day and again in work on Friday. I went home Friday night and I was watching the Late Late Show with my mother and there was a chap getting his head shaved for charity and the idea came into my head to do a fundraiser in Bomber’s memory. Last year, on the day of his birthday, we had a soccer tournament at Villa FC for the Kevin Bell Trust (who brought Robbie’s body home from Canada). It was a great day for all his friends and family to come together and remember him and raise good money for a great cause.
“Obviously with all the restrictions we won’t be able to have a soccer tournament this year so I thought asking some people to shave their heads and get some sponsorship would be a good idea. So I set up a link and put it up on my Facebook page at around 4pm on Saturday and three hours later I’d raised 80 and I was really wondering if this was a good idea. But since then it’s really taken off and within the first 72 hours the total was over 3,500. I can’t believe the response to be honest.” 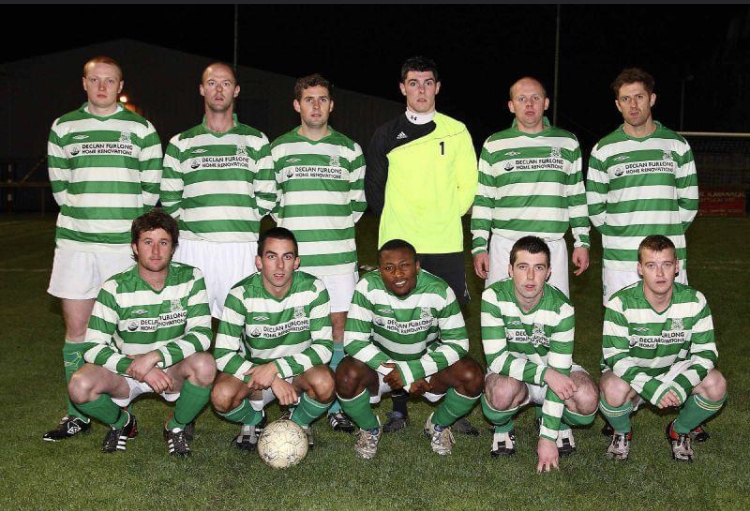 HUGE RESPONSE
So what’s the event?
“It started off with me asking friends of Bomber to shave their head but the take up wasn’t great so then I changed it to a Shave of Dye event and from there it took off. In the first three days 32 people have signed up to shave or dye their hair on May 30. It’s incredible. They’re all fundraising as well and it’s really taking off. I put a target on the page of 5000 but really I never thought we’d get to that but with the response anything is possible.”

‘A GREAT GUY’
So what kind of a chap was Robert ‘Bomber’ Bresnan for those who didn’t know him?
“Ah he was a great guy. A great friend of mine. He was athletic, he owned his own gym at one stage and he loved sport. He was lightning quick, he was always the fastest man on the pitch. Away from sport he was always the life and soul of the party and always showing off his six-pack but to be fair if I had a physique like his, so would I. He was a very popular fella and the crowd in the church at his funeral showed that. We miss him terribly and we just want to keep his memory alive.” 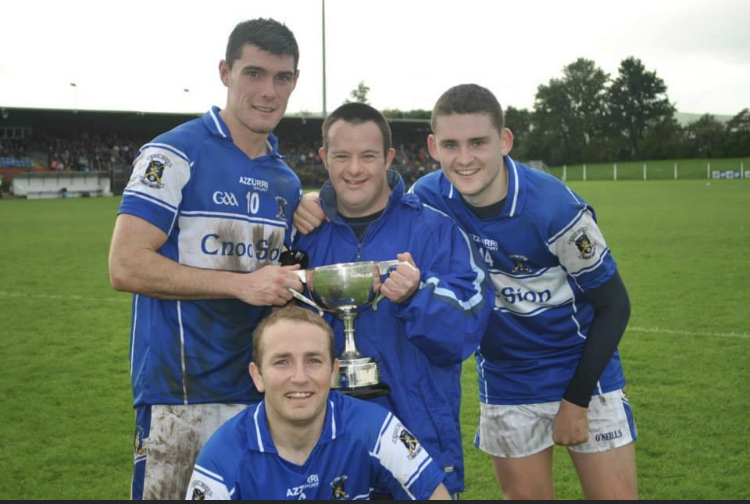 PIETA TO BENEFIT
What charity will benefit from the fundraiser?
“Pieta House. I was reading somewhere last week that because they had to cancel their Darkness Into Light fundraiser this year, they reckon they’ll be down about 6.5m and will probably have to leave about 30% of their staff go because of that so that’s why I chose them because they do great work. I suppose also we just want to get the world out that no matter how bad things are or how poorly you’re feeling that there’s always someone there to listen and help and that it’s good to talk and ok not be feel ok.”
Ian wants to thank the Bresnan family for allowing them to do this fundraiser in Robbie’s memory and anyone looking for more details can check out Ian Galgey’s Facebook page or the page to donate is https://www.altruism.ie/fundraising_page/ian-galgey-fundraising-page-for-pieta?fbclid=IwAR269_lKP_Xae5uXsIeX1kjI65Lou2WN63zwOWr1kRUGwhrk2c7utg4FNrg