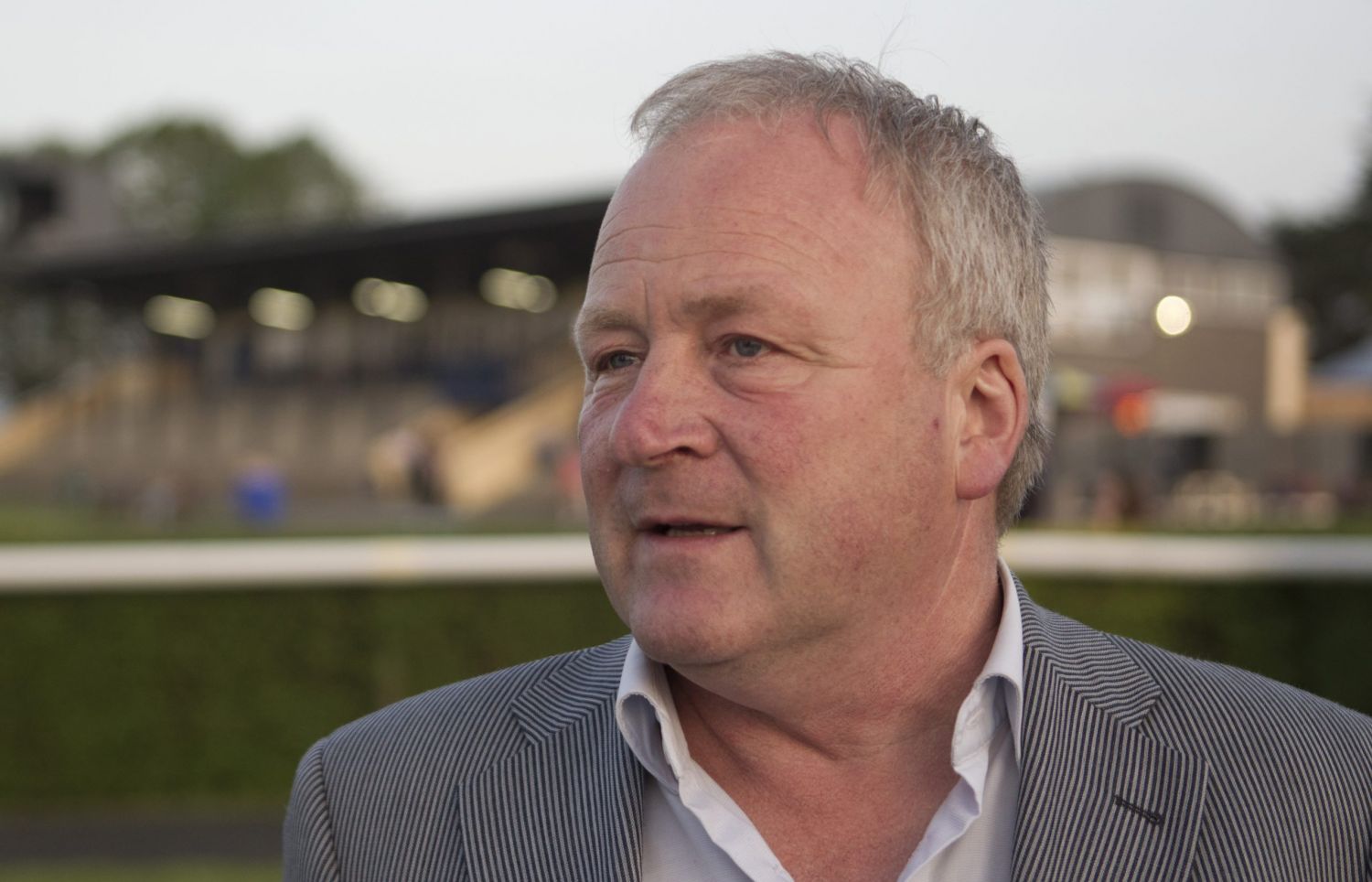 What was your childhood ambition?
To be a farmer which changed to include being a racehorse trainer in my teens

Growing up, who was your sporting hero?
Muhammad Ali. In 1965 my father and I got up in the early hours of the morning to hear the fight between Cassius Clay (Ali had not yet changed his name from Cassius Clay) and Sonny Liston which Ali/Clay won with a first-round knockout. I loved boxing ever since. I have a Munster light heavy weight title myself from the seventies.

Do you have a mentor?
I have had a few over the years but unfortunately, they have all passed on

What or where is your happy place?
Our conservatory at home

What sparked your love of racing?
My parents – my mother brought me to the riding school in Clonmel and my dad brought his first broodmare in 1956 off Gita Weld (Dermot Weld’s mother) called ‘Little Sweetheart’. I subsequently named a horse ‘Little Sweetheart’ after that first thoroughbred mare my dad bought

What horse put you on the map?
Virginia Deer. He was second horse ever in my yard and was my first winner under my full licence at the Curragh on May 22nd, 1982. He went on to win three more races that season, including the Group 3 Curragh Stakes on Irish Oaks Day.

Who is your favourite horse?
Designs On Rome. We bought him at Goffs, a beautifully bred horse by Moyglare Stud in Kildare. He ran in my wife’s colours and won as a two-year-old and came second to Dawn Approach in Group 1 Goffs Vincent O’Brien Stakes at the Curragh in 2012. If the race was a furlong longer the result might have been reversed. We sold him to Hong Kong and John Moore trained him. He won a lot of Group 1 races out there. My son Mark and I went out to the Hong Kong Derby 2014 and it was brilliant to be there to see him win such a prestigious race. He was a serious machine of a horse and I knew the minute I saw him in the sales ring.

Describe the feeling of training your first winner?
It was at Clonmel Racecourse in October 1981 with Cheap Display ridden by Kevin O’Brien. Walking back to the Parade Ring I couldn’t feel my legs. It was like walking on air 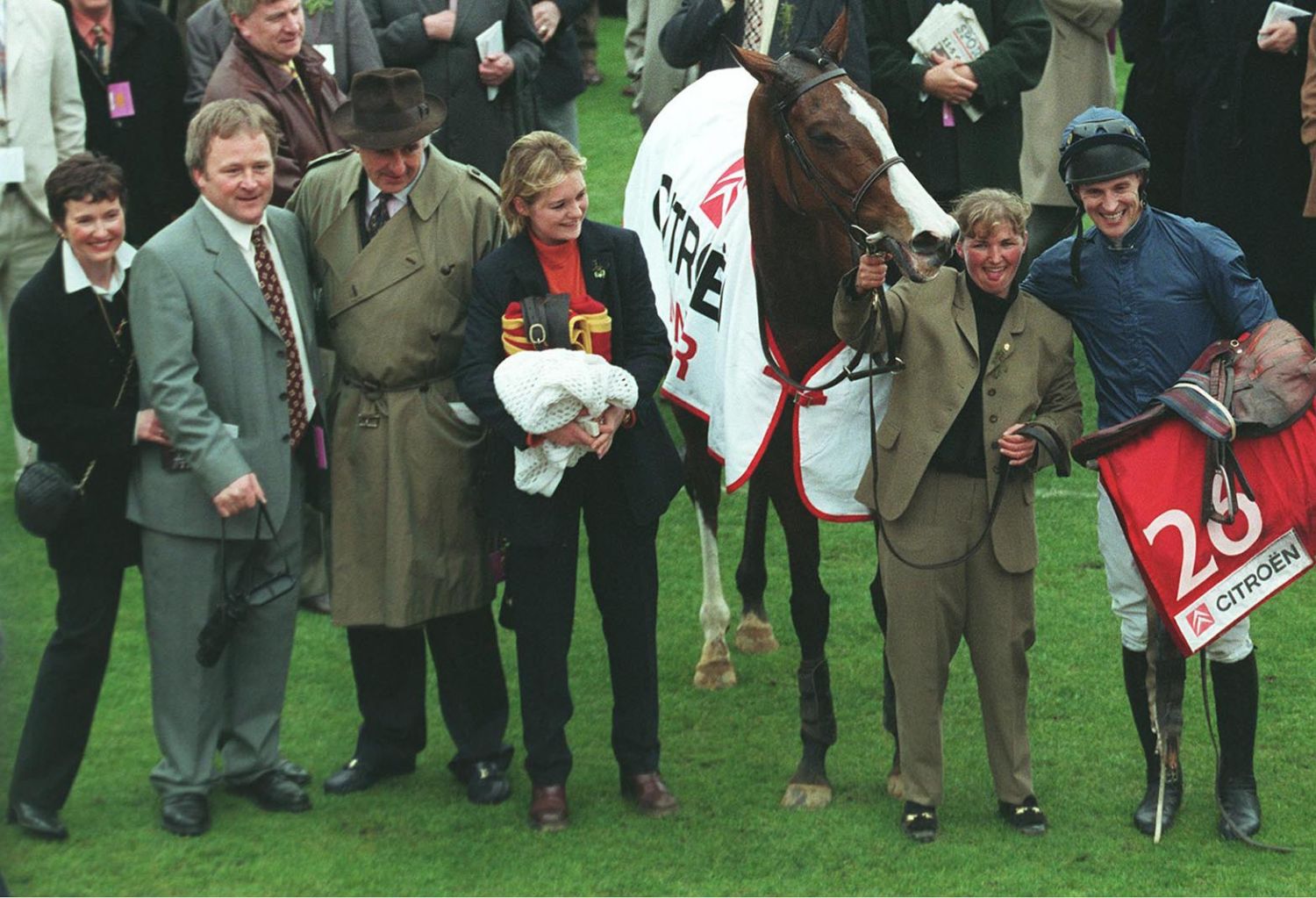 What is your most memorable racing moment?
Winning the 1998 Supreme Novice Hurdle at Cheltenham with French Ballerina – the only filly in a 30-runner field

What is your favourite racecourse in Ireland?
Gowran Park

If you weren’t a trainer what would you be?
A farmer

If you could train one horse, what would it be?
Zenyatta – ultra consistent and so tough

How do you cope with pressure?
Maudie’s Pub in Rathgormack two evenings per week plus some gardening

What mental preparation do you do for the big days?
Be in bed by 9pm – a few early nights always helps!

How do you stay motivated?
I just seem to be motivated most of the time

How do you deal with dips in form?
By telling myself ‘this too shall pass’

Outside of racing, what is your favourite sporting moment?
The 1978 All-Ireland Football Final between Kerry and Dublin when Mikey Sheehy tapped the ball over Paddy Cullen’s head into the net from a quick free

Can you give us a film recommendation?
Support your local Sheriff. I love a good western!

What is your guilty pleasure?
Choc Ices. If I open a box of them, I end up eating the lot!

What person do you admire the most and why?
Barack Obama. The fact that he overcame his background to become the President of America. He comes across as a genuinely nice person

Where is your favourite place to go on holidays?
Playa de las Américas, Tenerife

What ambitions do you still have?
To train a Group 1 winner on the Flat

What is the hidden gem of Waterford?
The lakes on the Commeragh Mountains

When you think of your Waterford what immediately springs to mind?
I always think of a day in 1969 when Val Doonican, a famous son of Waterford and past pupil of De La Salle College in Waterford, visited the college and asked the brothers to give us the rest of the day off. I have always associated Waterford with Val Doonican. We were so young, we thought he was a superstar.

How are you occupying your time during the Covid-19 restrictions?
Working away as usual with the horses and we are doing everything recommended including staying well apart, washing our hands and all the tack and equipment

If you had one piece of advice for everyone during these worrying times of Covid-19, what would it be?
This too shall pass

If you were to go back to when you were 20 years old and give yourself one piece of advice, what would it be?
Enjoy every day and treat everybody with respect because the years go by very, very fast

Favourite quote?
‘When the boys have money, they think they are men. When the money is gone, they are boys again.’
With thanks to Horse Racing Ireland.