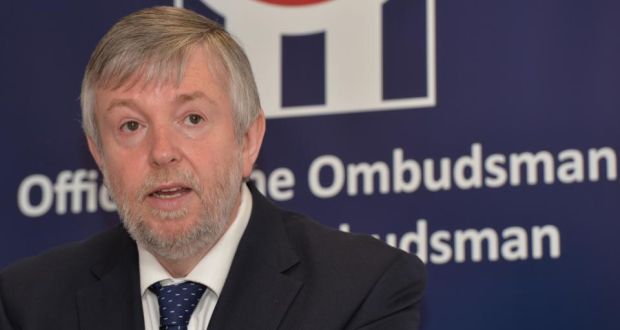 Ombudsman Peter Tyndall, whose office dealt with over 3,600 complaints during 2019. Photo: The Irish Times

A Waterford student with dyspraxia and depression, then recovering from spinal surgery and whose mother had died two years previously, had a late grant application approved following an appeal to the Ombudsman.

As detailed in the Ombudsman’s 2019 report released this (Wednesday) morning, Adam, the Waterford student in question, contacted the Ombudsman after Student Universal Support Ireland (SUSI) “refused to accept his late application” for the 2018/19 Higher Education Grant.

As noted in Ombudsman Peter Tyndall’s report: “Adam was living with his stepfather at the time and applied as a ‘dependant’ of his stepfather through SUSI’s online application process. He had technical difficulties completing his application, which SUSI quickly resolved.”

Adam told the Ombudsman that he believed he required details regarding his stepfather’s “income and information relating to his mother’s death, who had died two years previously, to complete the application”. The loss of his mother had proven “particularly traumatic” for Adam. According to the report: “He had become estranged from his stepfather and could not get the details he thought he needed. Adam moved from his stepfather’s home to live with a relative. He then moved to rented accommodation. In addition, Adam had dyspraxia and depression, and was recovering from operations relating to a tumour on his spinal cord.” 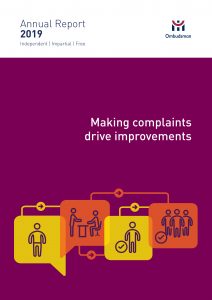 Adam, who was two months late with his application, asked SUSI to accept his late application and pointed to “the difficult circumstances he had found himself in as the reason for the delay. Adam said he was desperate to complete his studies and could not continue without the grant”.

The matter was then referred to SUSI’s Grant Operation section “and it was happy to accept a late application from Adam for the academic year 2018/19”.

Complaints to the Ombudsman rose in 2019 rose by nine per cent to 3,664, the highest number of complaints received by the office since 2010.

According to a spokesperson: “Dissatisfaction about housing saw complaints about local authorities across the country rise by 12.6% between 2018 and 2019. Complaints about the education sector, which includes bodies providing student grants and education grants for people with disabilities, increased by 17% in 2019.”

Meanwhile, the Ombudsman has continued to receive significant numbers of complaints since the start of the Covid-19 public health emergency including “a sharp increase in complaints” involving the Department of Employment Affairs and Social Protection.

According to Mr Tyndall, this was “largely due to the significant increase in the number of people now interacting with the Department”.

It’s no great surprise that many of those complaints were related to the Government’s Covid-19 Pandemic Unemployment Payment.

“In one case, a man who was eligible for the payment was stranded in Poland and was refused payment when he applied online. The Ombudsman resolved the case within 24 hours and he received his payment.

In his introduction to the report, Peter Tyndall wrote: “We have highlighted instances (in this year’s report) where we have improved public services for all users by ensuring that service providers learn from failings identified in individual complaints we have received.”