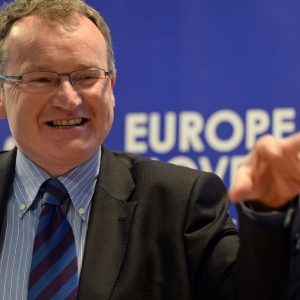 PEDESTRIANISING The Quay is worth considering as part of the post Covid-19 economic remoulding of Waterford city centre according to Clonea-Power born economist Jim Power.

Speaking to the Waterford News & Star, Mr Power said: “If you believe, as I do, that the whole retail shopping experience for the next couple of years is going to be incredibly different, in an environment where social distancing could become the norm, then the further pedestrianisation of towns and cities will be badly needed at this juncture. And given where we currently find ourselves, this should be used as an excuse to do it. In fact, I’d love to see the whole Quay in Waterford pedestrianised. As a city, where so much has already been done in that respect, Waterford has further potential, huge potential I feel, for pedestrianisation.”

When put to him that Waterford City & County Council ought to consider further full or partial roofing of city centre streets between the Cultural Quarter and City Square, Mr Power replied: “There is a definite opportunity, provided funding is available, to try and restructure the city, to turn it into a much more pedestrian-friendly and visitor-enhanced place to visit. Out of crisis, opportunity will always emerge and I think this is the opportunity here now for Waterford. We have to re-imagine what our cities will look like and in that respect, Waterford, facing out onto the River Suir, with the enhanced greenway offering coming down the line as well, has huge potential. It’s an open goal in my view and you could end up with a significantly more pleasant city.”

According to Cllr Wyse: “We are better situated and styled than most to do so. Twenty years of works to pedestrianise (to the annoyance of some, possibly many) certain areas across our city centre could now leave us the envy of many other towns and cities. There are laneways which are void of any cars at the moment with less people travelling in and out of the city centre.”

He continued: “We could allow many bars and cafés to put tables and chairs outside of their premises under the strict protocol of social distancing, even to be reviewed by council staff or Garda. Bar licencing for the serving of alcohol would have to be reviewed and those who can only serve inside their premises could apply for a special allowance if the powers that be allowed it. This would work by closing several roads from Friday evening 6pm to Sunday night, allowing (them) to reopen in the mornings for deliveries etc. People can park in the public carparks and Waterford Council could remove charges for the weekend.”

Referring to the creation of 16 open-air café areas in the Lithuanian capital of Vilnius within the past month and the re-opening of businesses in Italy, Cllr Wyse referred to the fact that similar services here won’t open for between six and 12 weeks.

He contended: “This isn’t an argument for wealth over health, this is an argument for Waterford being able to save itself from economic turmoil and how that will affect us in the long-term. The mental health effects, the brain drain, the suicide rate, the failings in our hospital that were created through the last recession can be avoided if we can do things differently. Maybe this could happen countrywide, and we could see Phase 2 & 3 and Phase 4 & 5 (of the planned economic re-opening) merged to happen at earlier dates.” 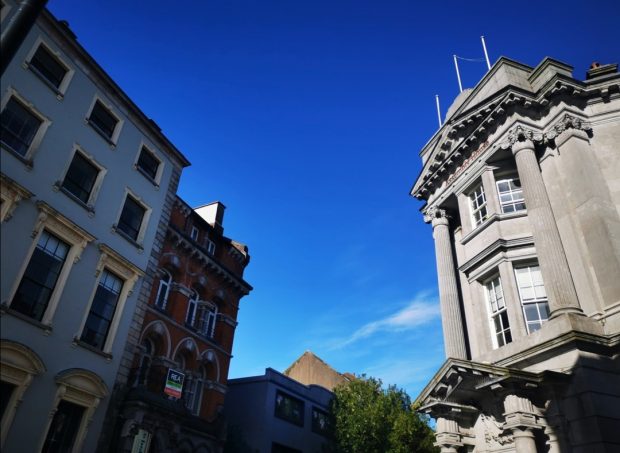 Adam Wyse, echoing Jim Power’s call, said that now is a time for “radical thinking”. He added: “Waterford has performed excellently during the pandemic; Waterford people should be proud and any murmurings by other counties that it’s a fluke are unfounded. I have seen most people take this extremely seriously, there will always be some that don’t but that’s the society we live in.”

He concluded: “The one thing we cannot do is sit on our hands and wait for Dublin to save of us. If the Chief Medical Officer and the Government can look at these proposals and how they have worked in other European cities, then Waterford could be the first to do it. Why shouldn’t we be the ones to try?”