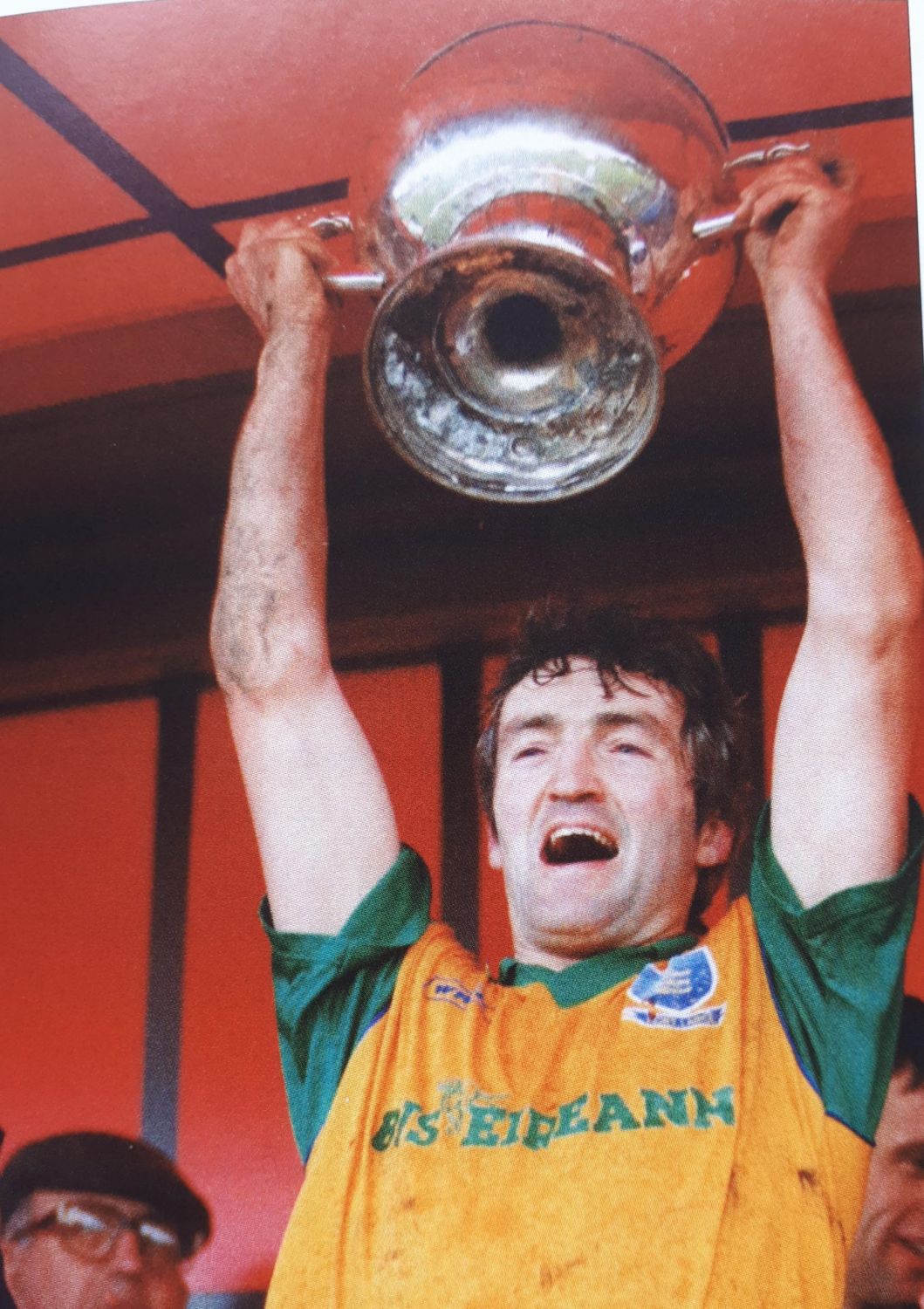 Colm Bonnar lifts the Fitzgibbon Cup in 1995. Colm has been involved in seven of WIT’s nine wins.

Paraic Fanning may run him close, but Colm Bonnar is surely WIT’s Mr Fitzgibbon.
In all Colm has been part of seven of WIT’s nine Fitzgibbon wins which is pretty remarkable.

1992
His first was as a coach in 1992. “I remember when the universities left us into the Fitzgibbon, which was a very controversial decision at the time, it took us a few years to find our feet. We lost a final and then we got beaten in the first round in ’91 but we thought we were always closing the gap and come 1992 we felt we had a very talented bunch of players. We had a lot of good Waterford players too. Paraic (Fanning) was captain, Noel Dalton was a top class free-taker and Man of the Match in the Fitzgibbon Final, Pat Fanning, Michael Hubbard and plenty of others which was important.
“It was a brilliant occasion to win that first title for the college and it really made the universities sit up and take us seriously. From then to now I think we’ve won more Fitzgibbons than any other college and we’re delighted with that. We haven’t much success in recent years but that’s the way it goes with the Fitzgibbon Cup, good teams come and go.
“I remember for the semi-final they said they’d move it to a better pitch because the weather was terrible but when I saw the better pitch, I couldn’t believe it. It was full of water and I don’t know how they allowed the match to be played. It was a very low scoring game but getting through to the final over a traditional team like UCD was huge for us. I actually missed the final because I was playing in an All-Ireland club semi-final with Cashel King Cormacs on that Sunday but I made it back to the Dome for the celebrations and it was a marvellous occasion.”

1995
In 1995 Colm swapped the Bainsteoir’s bib for the captain’s armband. “Well I made Paraic captain in ’92 so he kind of had to make me captain in ’95. I went back to do a degree and I wasn’t even thinking about playing hurling but it was always an ambition of mine to play Fitzgibbon. In my time in the college we were allowed play in Division One and we won a few leagues but we weren’t allowed play in the Fitzgibbon. So when I went back in ’95 I got stuck into it. It was a bit unusual playing with lads that were so much younger than me but to go on an actually win that title by beating UCD in the final was just great. My brother was managing UCD so it was nice to get one over on him too but above all it’s the memories of the comraderie and the time you spent with those guys you played with and they’ve become lifelong friends. That’s what the Fitzgibbon is really about.” 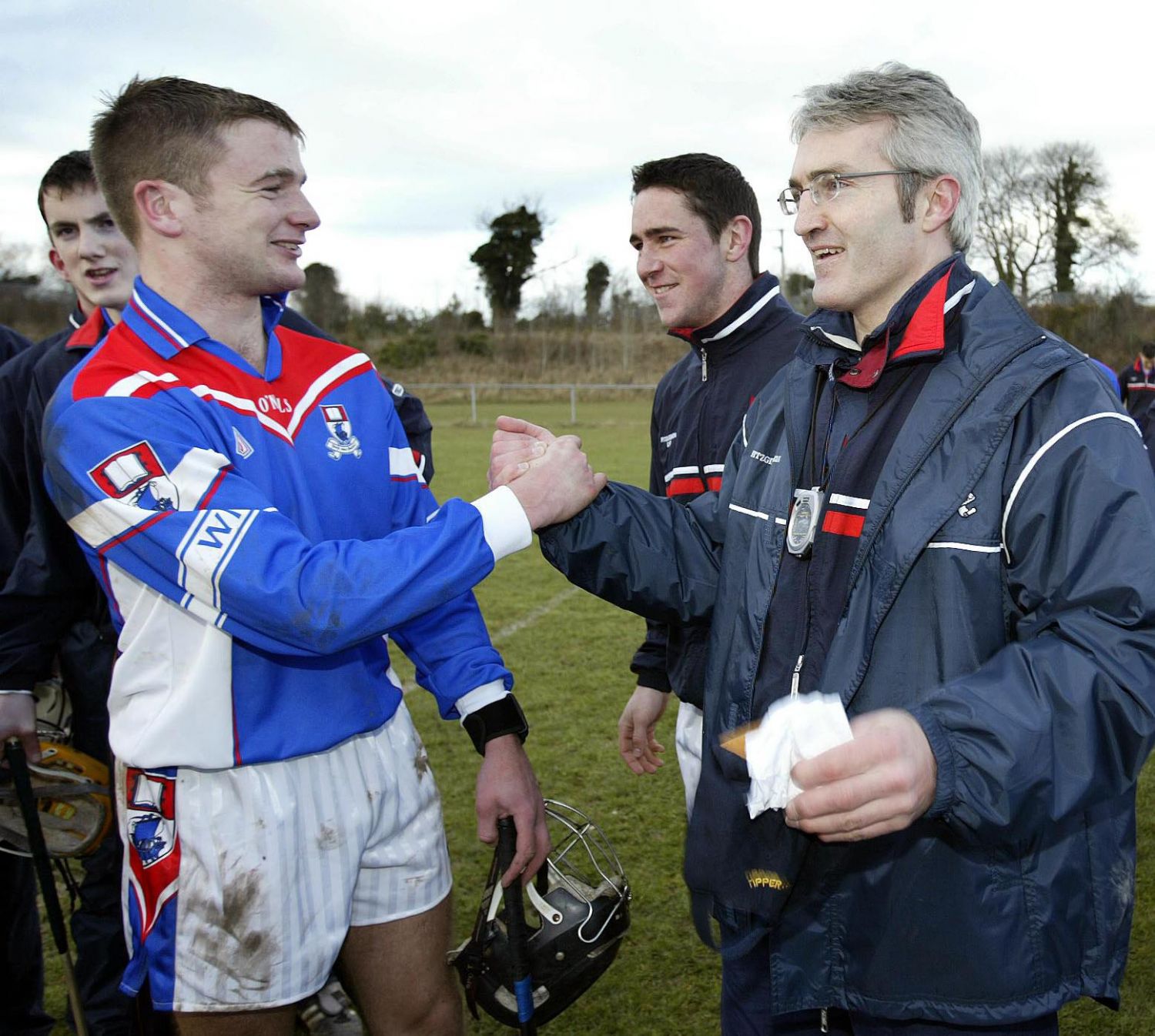 Waterford IT captain JJ Delaney celebrates with manager Colm Bonnar after the 2004 final.

GOLDEN ERA
After a bit of a break Colm returned to manage the WIT Fitzgibbon team in 2002 and it wasn’t long before the college were back in the winners’ enclosure in 2003. “The previous team had won two finals and played in three so I thought we might be in for a bit of a lull but that didn’t turn out to be the case. That group of players won in 2003 and 2004 and I remember Brick Walsh was on a football scholarship at the time but he really came to the fore in that team along with JJ Delaney and so many lads who went on to be great inter-county players. Luckily we won it again in 2006 and we’ve had two more since then. Hopefully there’s more not too far away.”