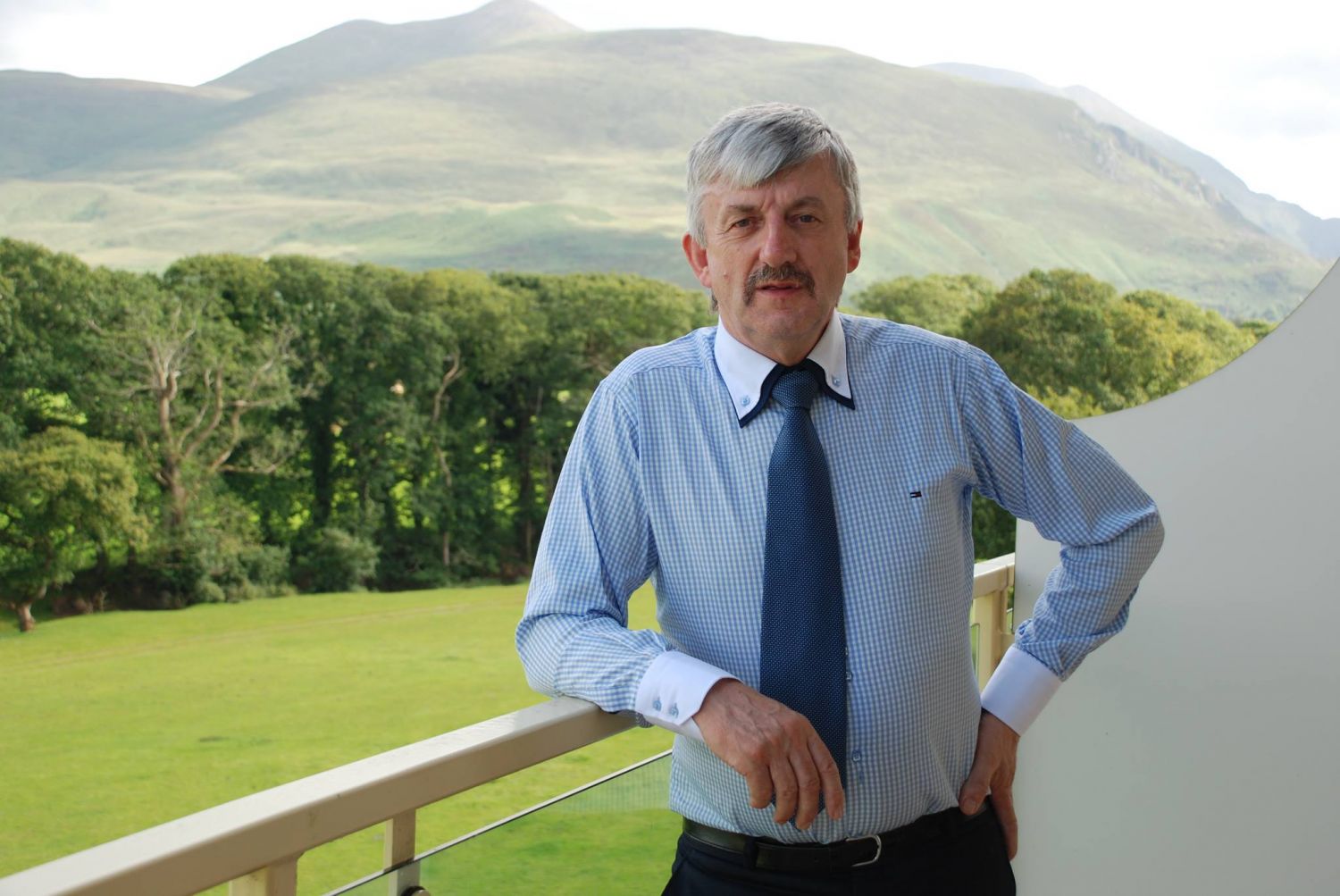 Tom Hunt has been based in Mullingar since 1974, but his heart has never left his native Waterford.

CRICKET, the Waterford Greenway, the Irish Olympic movement, a Christian Brothers’ education, the squash boom of the 1980s, making a home in Mullingar, the GAA and so much more. Time chatting with Tom Hunt, one of the most inquisitive and well-read Déisemen I know, is always time well spent.

A native of Clonea Power and husband to Mary, Tom retired from teaching on February 29, 2012, a declaration which audibly took me by surprise at the opposite end of the phoneline when we spoke on Wednesday last.

“I did go a bit early (from teaching),” he said. “But to be honest, I don’t feel like I’ve retired at all. At the time, I was writing a history of the Olympic Council of Ireland and I seamlessly moved from teaching into that history, which then occupied my time for the next two to three years. I retired on a Monday and the following day I was in Wicklow to interview (retired showjumper) Tommy Brennan so I really moved from one occupation to another. The after-work became the work if you know what I mean so I didn’t retire at all and I’ve no intention of either, I love my history, historical research and the writing of it. Writing, by its nature is a fairly solitary occupation and the present lockdown hasn’t made a huge difference to me at least in a nine to five sense.”

Tom grew up in Clonea, one of six children (his siblings being Pat, John, Joan, Helen and Marie) to parents Paddy, who worked in the Portlaw Tannery and Mary (nee Daly) of Rathgormack.

“They had a lot of difficulty getting me to go to primary school,” Tom recalls. “I broke away several times and turned back and went home. I didn’t want to go to school; I didn’t want to leave the comfort and safety of Mammy, I suppose. At that time going to school is probably different to what it is today and I eventually settled into it after a few months. Life was pretty sheltered then; basically, we didn’t leave Clonea and we didn’t really go out socialising to dances and so on until we were 18 or 19. The big outlet before that was hurling and football and we used to play it morning, noon and night – and the football paid off as a lot of my generation – up to nine of us – would have been on the John Mitchels team that won three Senior Football Championships in 70, 73 and 76 (with Tom as goalkeeper).”

Having sat his Leaving Certificate at Carrick-on-Suir CBS in 1970 (the second school established by Edmund Rice after Mount Sion), Tom progressed to UCD, having been the first member of his family to gain both second and third level education.

Having secured a BA in History, Geography and English (the passion for History and English instilled in him at Carrick CBS by teacher Liam Hogan – “a renaissance man”), Tom entered teaching in 1974 on a part-time basis in both Kilmacthomas and Dungarvan.

In January 1975, Tom gained full-time employment at Mullingar Community College (a Vocational School then), where he would spend his entire teaching life. “It was a privilege to work there; it’s where I got educated about society and so much else: all human life was in Mullingar Community College and I loved teaching. It got into my blood; the dynamic with the students was fantastic.” 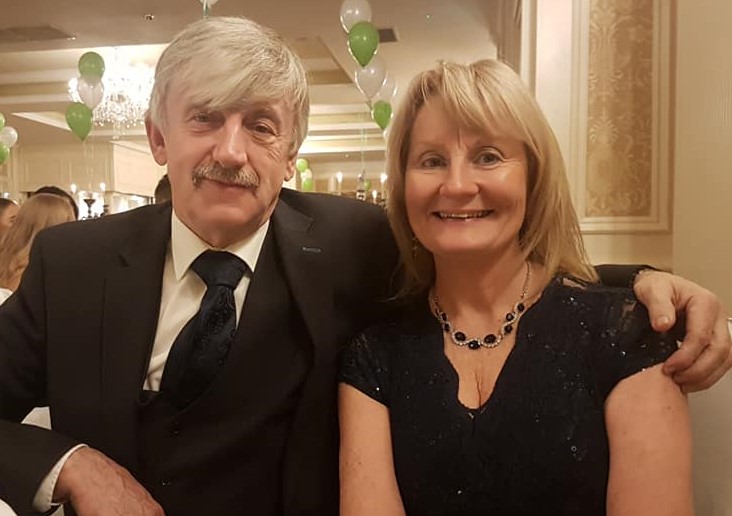 Tom, pictured with his wife Mary, whom he first met at Mullingar Squash Club!

Tom met Mary at the Mullingar Squash Club (“a boom sport up to the mid-80s”) and they married in 1986. Mullingar truly became home while he “spiritually” remained a die-hard Waterfordian and he has bought both the Waterford News & Star and Munster Express every week since leaving Clonea.

Writing and research have been passions of Tom throughout his adulthood. In 1997, a diploma in Local History which Maynooth College ran in Mullingar “opened up all number of avenues for me” and involved writing an extensive essay on Portlaw’s industrial age.

“In my wildest dreams I’d never have imagined I’d have a Doctorate in History,” he said. Both that and the Westmeath book were hugely satisfying for me and the Portlaw book too for that matter; every so often I think about going back to the Malcomsons: their story is remarkable.”

As for how he’s found life during this pandemic, Tom commented: “These are obviously strange times – a new reality – but we just have to get on with things as best we can. Our lives revolve around various communities and groups that we regularly interact with but a lot of these have been effectively dismantled by Covid-19. It does make things difficult, not seeing members of your family, being cut off from your past time – we’d have had Walsh Park packed to the rafters last Sunday for the (hurling) match with Tipperary – and of course not being in a position to travel. I get home to Waterford on a regular basis but I’ve not been down since February because of (the pandemic). I miss the Greenway, catching sight of the Comeraghs and of course I miss seeing my family and friends in Waterford. It will be a relief to get beyond this new reality, back towards some semblance of normality sooner rather than later – and back down onto the Greenway.”