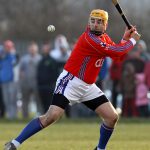 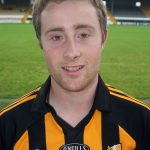 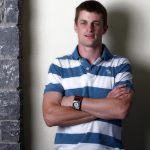 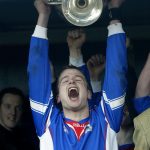 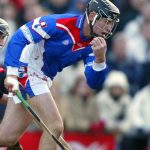 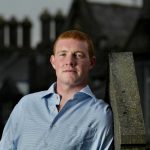 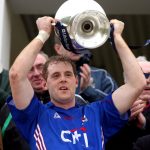 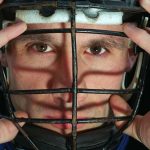 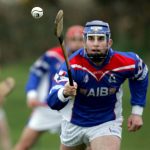 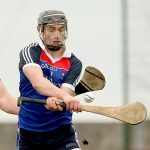 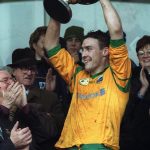 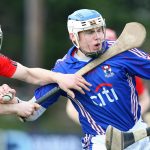 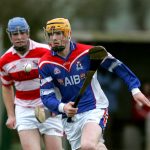 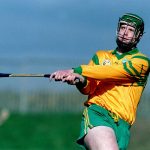 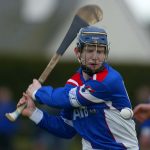 1. Adrian Power
The classic 2008 Fitzgibbon Cup final will be forever associated with Adrian Power. In the first half of the second period of extra time, Joe Canning passed inside to unmarked sub Blaine Earley for what looked a certain goal. From point blank range, Power flung himself across goal to divert the ball away for a 65. In the second half, he smothered another Earley shot and the ball was swept upfield for Eoin Reid to strike the match winning goal. Two Power plays. The Ballyduff Upper man also had a bazooka of a puckout that he unleashed. In the 2009 group stages, he saved twice from Seamus Callanan. Damien Young and Stephen O’Keeffe were also strong contenders for this spot.

2. John Dalton
A leader both on and off the field. The Kilkenny defender was trusted to curb Joe Canning in the greatest Fitzgibbon final of all-time. It turned into a ding-dong battle. Dalton was a dominant figure throughout that campaign, giving a man of the match display in the quarter final against DIT. He was vocal in the dressing room as well. He finished 2008 with a Fitzgibbon medal, a Rising Star award and the WIT Player of the Year. The Carrickshock man started the 2010 All Ireland final when Tipperary stopped the drive for five. He still ended up with five Celtic Crosses before he stepped away in 2012. Another Kilkenny corner back Mick Kavanagh was close.

3. Paul Curran
Commander of the square. The Mullinahone man raised the trophy as captain in 2003 after keeping CIT goalless in the final. He was a treble winner in 2000 as WIT secured Fitzgibbon, Division 1 and Fresher honours. The two-time Fitzgibbon medallist went on to grab All Ireland glory with Tipperary in 2010 as well as two All Stars.

4. JJ Delaney
A man with a Masters degree in defending. He hurled in three Fitzgibbon finals and won two which ain’t bad. After losing to UL in 2002, he was part of a watertight WIT defence in 2003. JJ captained the team to victory over UCC in 2004 after he took care of inter county colleague James ‘Cha’ Fitzpatrick. Over the previous six months, he also won an All Ireland, Hurler of the Year and an All Star. The decorated Kilkenny defender earned nine All Irelands and seven All Stars.

5. Ken Coogan
Player of the Tournament in 2003 at wing back and in 2004 at full back. WIT’s Top Cat gave another tour de force against UL in the 2004 quarter final before he conquered UCC full forward Eamon Collins on final day. Coogan started the 2004 All Ireland final at midfield against Cork but didn’t become a regular starter under Brian Cody.

6. Eamonn Corcoran
A Premier defender. He was picked as Player of the Tournament in 1999 and 2000. Corcoran was the centre of excellence in the 1999 win over UCC, reading the game and clearing ball after ball. He collected the glassware again in 2000 when he was simply majestic at number six. He struck a first half point and Henry Shefflin touched home his long range free. A year later, the JK Brackens man became an All Ireland and All Star winner with Tipperary. Corcoran claimed a place on the Fitzgibbon Cup Team of the Century in 2012.

7. Kevin Moran
Super Kev. Captain and scorer of three points from play in the 2008 final against LIT. The De La Salle man drove his team forward from defence and midfield as the boys in blue got the fairytale ending. Two years earlier, the De La Salle man held firm at full back against UCD. Moran became a mainstay for Waterford, lifting the league title as captain in 2015 and collecting All Stars in 2012 and 2017.

8. Tommy Dunne
Tipp top. The 1995 Player of the Tournament scored six points (three frees and three from play) when Waterford RTC ran riot against UCD in Clane (3-15 to 1-4). He split the posts three times in the quarter final win over UCC. He shot three points in the 1994 final loss to UL. In 2001, Tommy captained Tipperary to All Ireland glory and was crowned Hurler of the Year. The greyhound from Toomevara earned three All Stars during his inter county career.

9. Michael Walsh
Fitzgibbon hurling was the foundation course for Brick. The Stradbally man completed his studies in WIT with three medals. He was a squad member in 2003 before he graduated to the first team a year later. From midfield, he scored a point in the decider against UCC when he came up against Tom Kenny and Tommy Walsh. He broke onto the Waterford senior team that summer. He captained WIT in 2005 as the holders came up short in the semi finals to UL. Brick was a brilliant ball winner in the 2006 final against UCD and a mesmerising solo run created Willie Ryan’s hat trick goal. He matured into a Waterford warrior, winning four All Stars, three Munsters and two league titles.

10. Pauric Mahony
A Fitzgibbon winner in the red of UCC and the blue of WIT. 1-46 in six games steered the Déise side to the 2014 title in Belfast. An A1 free taker is essential in the heat of Fitzgibbon battle. The dead ball specialist struck a sweet sixteen (thirteen frees, two 65s and one from play) in the epic extra time win over LIT in the semis and followed that with four frees in the final against CIT. When the reigning champions mauled Maynooth University by 49 points, Mahony was responsible for 1-18. He shot eight points in both finals with UL as WIT relinquished their crown after a replay. He finished the campaign with 1-65 to his credit. Unsurprisingly, Mahony made the Fitzgibbon Team of the Year in 2014 and 2015.

11. Andy Moloney
Captain Fantastic when the mustard and green went back to back in 1999 and 2000. The skipper scored 1-1 from centre forward in the 1999 final, including a seventh minute goal, and cancelled out influential UCC centre back John Browne. He also produced powerful displays against CIT and Garda College. A year later, Moloney was in the mix for man of the match as an all-action midfielder. He got a first half point and laid on a goal for Declan Browne. The Cahir native moved to Ballygunner and won Munster honours with his adopted club and county.

12. TJ Reid
TJ tormented Fitzgibbon Cup sides before he cut loose at inter county level. He started the 2008 campaign with seven points against UL. He was top scorer again with six points when they beat holders LIT in Ballygunner. Reid racked up 1-2 against DIT in the quarter final and set up a goal for his brother Eoin. He contributed three points, including a line ball, in that classic final with LIT. He came off the bench for Kilkenny that September and four points finished off Waterford. In the 2009 Fitzgibbon, Reid played a starring role in wins over DIT and LIT. The Ballyhale Shamrocks striker currently has seven All Ireland medals, four All Stars and the 2015 Hurler of the Year award in his trophy cabinet.

13. Eoin Reid
Believe it or not, Eoin outshone his younger sibling during his college days. The man with the yellow helmet hit 3-11 during the knockout stages of the 2008 Fitzgibbon. In the final, Reid rescued his side twice. He sent the game to extra time and then equalised again to force a second instalment of ten minutes. His 87th minute goal, a powerful strike from close range, clinched a famous win. 1-5 in total. He delivered 2-2 against DIT and 0-4 against CIT. Two years earlier, 1-4 etched his name on the man of the match award for the 2006 final. His second half goal sealed a one-sided contest with UCD.

14. Henry Shefflin
Star pupil. As a Fresher in 1998, the Sheff served up 2-7 against DIT. A long range free against Garda sent them into the final with UCC. Shefflin struck seven points but WIT went down by ten. 2-16 in four games helped his team to the 1999 title. As free taker, he fired 5-20 in the 2000 Fitzgibbon. 2-4 against Mary I, 1-4 against NUIG, 1-7 against LIT and 1-5 against UCD. That September Henry got his hands on the first of ten All Ireland medals with Kilkenny. And the first of eleven All Stars. Shefflin was also selected on the Fitzgibbon Cup Team of the Century in 2012. All hail.

15. Rory Jacob
The Wexford corner forward was a three-time Fitzgibbon Cup winner in Waterford. In his Fresher year, he was super sub when WIT dethroned UL in the 2003 semi final. He scored three points in a row off the bench to beat their arch rivals 1-17 to 1-13 in Ardfinnan. He took over as first choice free taker for 2004. In the opening round, Jacob took the biscuit with 2-8 against DIT. He added seven points against UL and 1-3 against UCD. In a low scoring final with UCC, four frees, including a late insurance score, shaded it 11-9. 3-22 for WIT’s top marksman. Injury ruled him out of 2005. In his last season, he notched 1-19 in three games. A cracking ground stroke, among a personal haul of 1-3, clinched victory against CIT. An extra time point, near the touch line, nudged them past NUIG in the semis. He scored eight that Friday afternoon. He supplied six points (four frees) in the final demolition of UCD. Setanta Ó hAilpín and Declan Browne narrowly missed out.

Manager
Colm Bonnar
The boss man. As player or manager, he has been involved in seven of WIT’s nine Fitzgibbon triumphs. The former Tipperary hurler was in charge for their first in 1992 with Paraic Fanning as captain. Three years later, the roles were reversed with Bonnar lifting the trophy and Fanning patrolling the sideline. He has seen it all and done it all in the mustard and green and royal blue of WIT. 2008 was his finest hour.
• This team was picked from the nine winning WIT Fitzgibbon squads only.