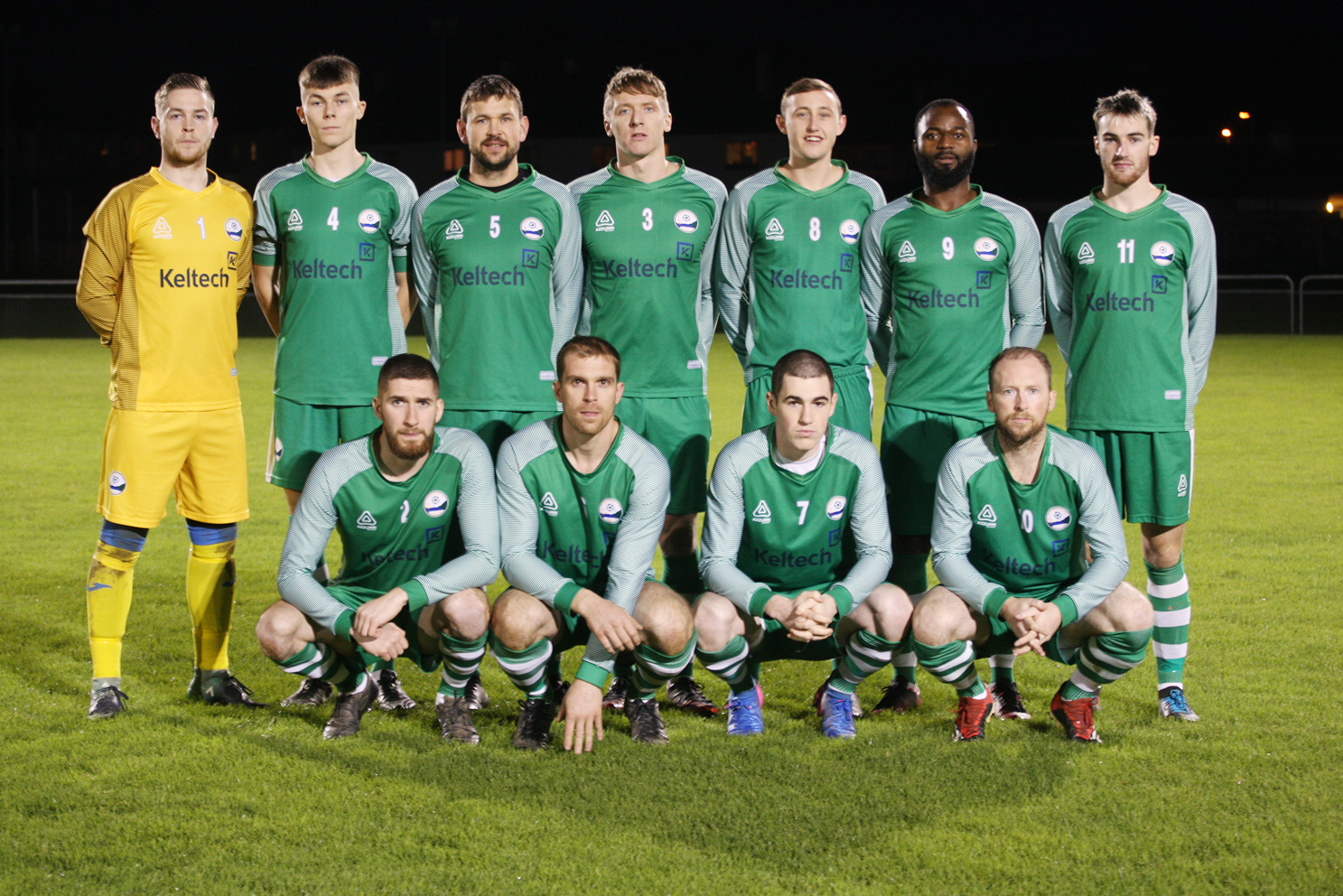 Ferrybank are one of the big losers in today’s decision by the Waterford Junior League to cancel the 2019/20 season. The men from Abbeylands looked certain to win the club’s first ever Premier title this month. Photo: Paul Elliott.

A meeting of the Waterford District and Junior League committee amid strict Covid-19 social distancing measures at Ozier Park this afternoon (Saturday) has ruled that the 2019/20 season will be cancelled with immediate effect.
The decision comes on the back of a recent vote from the Waterford clubs where 21 of the 32 clubs decided that the right pathway for the league was to scrap the current season despite 11 clubs wanting to continue to campaign when it was deemed safe to do so by the FAI.
The Waterford News & Star understands that there will be two league champions declared this season as both Tramore and Carrick United had already won their respective Youth leagues prior to the outbreak and that the league will look at further measures around finance in the coming weeks.
With FAI safe to return roadmap issued to all affiliates and leagues after the government announced the lifting of restrictions, there was a chance that leagues could be finished by October 11 if they could be restarted on August 18.
But this was always unlikely in Waterford after a vote of all clubs was instructed by the Munster FA on behalf of the FAI and after the clubs showed a majority decision to scrap the decision, the league committee have made their move based on democracy and transparency.

CLEAR MANDATE
It was a clear mandate from the clubs that they weren’t willing to continue the current season when it was safe to do so and it’s sure to upset clubs that were in the running to win league titles including Ferrybank, who were on course to win their first ever Premier League crown after winning their opening seven games.
There’s no doubting that it’s a devastating blow for all clubs that have trained hard over the winter months, and with the bad weather not helping the situation prior to the season stopping due to Covid-19 in mid-March, the decision shouldn’t have fell at the door of leagues or clubs, but the FAI, who lacked severe leadership.
The next question that will be on peoples’ lips is when will the 2020/21 season be most likely to start? With the FAI stating the Winter seasons can resume from October 16, there is a lot of water to under the bridge between now and then with the safety of all stakeholders in clubs paramount to any further decisions.
It’s vital that whatever is deciding in the coming months that it must be based on realism and based on HSE guidelines. The one thing that every club has sung off the same hymn sheet together in the past two months of madness is that the health of players, managers, club officials and their families, was the most important thing.

STATEMENT
In a statement issued to all clubs, the FAI, the Munster FA, and the local media this evening, The League Management Committee said, “Following a recent poll of our clubs in which there was a 100% reply rate, the Waterford District Junior League committee met today (Saturday), and decided that the remainder of the 2019-20 season is cancelled as of today.
“We would like to thank all our clubs and players for their patience and understanding of the circumstances we all find ourselves in coping with the COVID-19 Pandemic. As per the guidelines set out in the pathway back to football, the 2020/21 season will commence on the weekend of 16-18th October or when deemed safe to do so by the government and the FAI. We ask that all clubs comply with the restrictions in place to keep us all safe.”